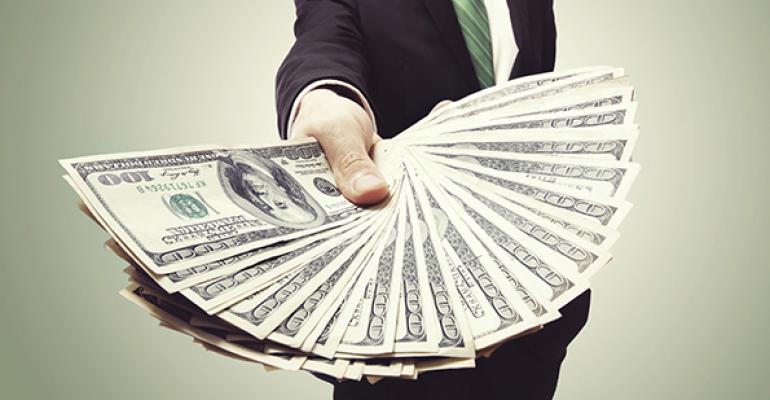 The Case For Currencies

Daniel Webster, at once a U.S. senator and a director of the Second Bank of the United States, was a vocal proponent of a strong dollar. “A disordered currency,” said the Great Orator, “is one of the greatest political evils.” You have to wonder what would Webster make of our Federal Reserve, the entity that now levers the domestic money market and steers the greenback.

The value of the U.S. dollar, or any other currency, is primarily driven by interest rates. Rising rates tend to be positive, declining rates negative. The attraction of the foreign exchange (forex, or FX) market is largely due to the differential calculus of central bank policies.

A single position, e.g. short the yen vs. the U.S. dollar, is not likely to be a permanent position in an investor’s portfolio but, still, currency trends can be long-lived. The yen, for example, lost a quarter of its dollar-denominated value from September 2011 through December 2013.

Domestic investors exploited that trend by piling into the ProShares UltraShort Yen (YCS), making the double-short portfolio the third-largest exchange-traded currency product in the market. YCS, with its $381 million asset base, only lags behind the $450 million ProShares UltraShort Euro (EUO) and the $643 million PowerShares DB US Dollar Index Bullish Fund (UUP) in terms of size. Collectively, these dollar-bullish funds claim 42 percent of total currency product market capital.

More than three-quarters of the capital allocated to currency ETPs has been committed to these nine funds alone. With a field of forty or so products to choose from, it’s worth asking what investors have gotten for their money. While the question is simple, the answer is not. That’s because people invest in currency products for a number of different reasons, namely:

Financial advisors – and their long-term investors – are more likely to be concerned about the currency products’ volatility-dampening effect. We’ll get to that in a moment but for now, let’s look back over the past year to see what the top funds did for speculators.

The currency products’ ability to generate excess returns, i.e., a yield above the risk-free Treasury rate, varies greatly.  Over 12 months ending in June 2014, YCS – the ProShares levered short yen fund – cranked out an impressive 6.4 percent excess return but did so at a steep cost. The fund’s high volatility, at 17.2 percent, yields a middling Sharpe ratio (a measure of risk-adjusted returns derived as the dividend of an asset’s excess return and its volatility). From a reward-to-risk perspective, the best performance was actually put on by the DBV carry trade fund, the worst by the dollar-bullish UUP portfolio.

Figure 1 shows the intersection of risk and returns for each currency product benchmarked against the iShares 7-10 Year Treasury Bond ETF (IEF), a proxy for a medium-duration fixed income position. Products marked above the red line defined by IEF’s Sharpe ratio had better risk-adjusted returns than the yardstick over the past 12 months.

DBV draws long and short positions from a basket of G-10 (Group of Ten) currencies: U.S. dollars, euros, yen, Canadian dollars, Swiss francs, British pounds, Australian and New Zealand dollars, Norwegian krone and Swedish krona. As the result of each quarterly rebalancing, the DBV portfolio will be long the three basket currencies with the highest interest rates and simultaneously short the three currencies with the lowest yields (on those occasions when the U.S dollar represents one of the lowest rates, the fund will end up short just two currencies). DBV uses three-month bank bills and three-month Libor as its rate metrics. At its last rebalancing, DBV was long Aussie and Kiwi dollars as well as Norwegian krone; the fund was also short the Swiss franc and yen. Unlike directional currency products, DBV’s long/short strategy makes it an absolute return fund – designed to produce gains, however modest, year in and year out.

The UUP portfolio, through the futures market, provides exposure to the U.S. dollar index, a benchmark made up of the euro (58 percent), the yen (14 percent), the pound sterling (12 percent), the Canadian dollar (9 percent), the Swedish krona (4 percent) and the Swiss franc (4 percent). UUP owners, in effect, are short the currencies of some of America’s largest trading partners.  UUP’s large exposure to the euro explains in great part the similarity of its Sharpe ratio to that of the short-euro EUO fund. Over the past five years, in fact, there’s been a 0.94 correlation between the two funds.

So, what of currency as a permanent portfolio position? Have the currency products actually provided a diversification benefit, tempering a broader portfolio’s volatility? To determine that we need to consider their correlations.

The first thing to note from the correlation table is the relationship between the currency products and core portfolio positions proxied by the IVV and IEF funds. Two thirds of the currency funds are positively correlated to IVV while being negatively related to IEF. Some of these correlations are substantial (either positive or negative) and point to the value of each fund as a portfolio diversifier. Take, for example, DBV. With its .67 correlation to IVV and -.43 coefficient against IEF, investors are better off carving space out of their portfolio’s equity side to make room for the carry trade fund.

Next, we’ll look for constancy over time. We’ll look for Sharpe ratio trends over the recent one-, three- and five-year periods in Table 2.

True to form, the DBV absolute return fund was most consistent, producing positive Sharpe ratios over all time periods. That makes DBV a better candidate for a permanent portfolio position.

Most noteworthy in Table 3 is the size of the Sharpe ratios; they’re significantly higher than those of the individual assets we’ve examined. That shouldn’t be a surprise considering the immense impact of stocks. The S&P 500 has been a virtually relentless bull market, rising 143 percent over the past five years. Even though the ten percent alternative investment allocations were taken from equity, stocks still account for at least half of the portfolio weightings in the table.

Accordingly, model portfolios outperformed the alternative-enhanced asset sets in the one-year and three-year periods. In the five-year period, however, the portfolio spiked when the GLD fund cranked out the best risk-adjusted return. Keep in mind that the gold market’s back hadn’t been broken until late 2011, so we’re seeing the influence of gold’s terminal price increases in this time frame.

Of more relevance, though, is the performance of the portfolios augmented with DBV. In just one period – three years – did the presence of the carry trade fund improve risk-adjusted returns beyond those of the gold- or commodity-tracking portfolios. Despite this significant outperformance, the DBV portfolio still fell short of the model – yet more testimony to the power of the equity bull market.

In summary, we can say that adding currency exposure – at least in the form of a carry trade product –can improve risk-adjusted returns compared to other alternative investments. As time goes by and the equity market cools, we’ll be better able to determine the true value of currency exposure as a portfolio feature, bringing to mind another Daniel Webster dictum: “Wisdom begins at the end.”