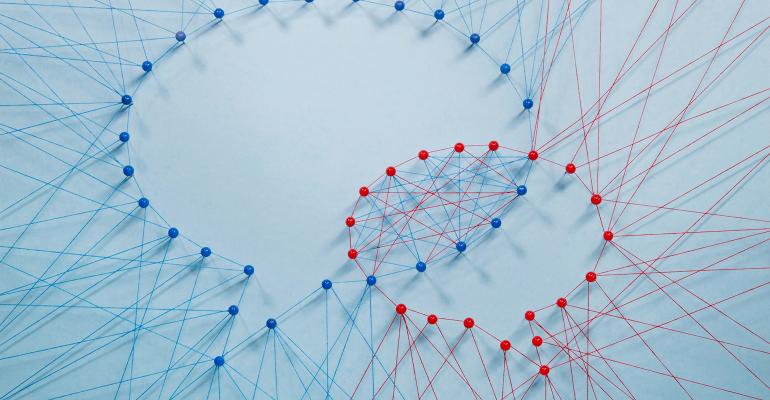 Building a Broader Network of Investors

It is now possible to quantify and qualify a target audience more finely than ever before.

One of the first things you will learn in an Introduction to Marketing Class is the importance of defining your target audience. If you don’t know much about the people you are trying to sell to, naturally, it will be difficult to know which selling strategies will likely be most effective. This is something that is true in seemingly every industry, from real estate syndication to selling bananas to everything in between.

In this context, “knowing” someone likely means putting them in the smallest basket possible. Knowing their basic demographics—age, income, location, race, gender, etc.—will help you begin crafting an effective marketing strategy. With the rise of social media and other data-gathering technologies, knowing other things—such as their favorite musicians, their political views, their interests, their hobbies, etc.—is also now within reach of most digital-savvy marketers. Essentially, it is now possible to quantify and qualify a target audience more finely than ever before.

The importance of clearly identifying a target audience has not gone away. A company that put television advertisements on every channel, for example, would be allocating their finite resources in an incredibly inefficient way. However, one of the risks of creating a very narrow target market—particularly within the syndication and other crowdfunding spaces—is that you might be leaving some very valuable people outside of the conversation. No matter what your market research, surveys, and other studies might tell you, you should never discount the potential value of conducting a broad campaign.

Reaching out, reaching in

The passage of the JOBS (Jumpstart Our Business Startups) Act, which was first signed into law in 2012, enabled businesses of all kinds to begin raising funds through the public—the “crowd” —without needing to do an IPO. The introduction of crowdfunding, both in the commercial real estate industry and elsewhere, was revolutionary not only in the sense that it helped “democratize” capital investment, but it also helped enable project organizers (the sponsors) to access otherwise unreachable new investors. In other words, the Act was mutually beneficial for all parties involved.

Before the passage of the act, syndicate sponsors that needed to raise funds likely had a very specific image of who their target audience (which could very easily be an audience of one) might be. If targeting an individual, the individual was likely very wealthy, familiar with real estate investment, and had a highly diversified financial portfolio. These would be the people that a sponsor would target and, in general, these investors would be rather reliable. However, because the market was yet to be “democratized,” the pool of available investors was extremely limited.

Following the introduction of real estate crowdfunding, this traditional definition of a “target investor” proved itself to be less and less useful over time. Real estate investors didn’t need to be members of a specific club or within a narrow social circle of friends or business acquaintances—investors could be anybody in the country who was looking to invest their savings and who maybe had never had the opportunity to invest in real estate before.

Suddenly, rather than reaching inwards to a very small group of people, those who were looking to raise funds for a project were finding themselves needing to reach outwards and consider the public as a whole. Social media, which was essentially an afterthought for real estate sponsors, suddenly became one of the most effective tools available for broadening a network and increasing access to available investors.

On social media, a sponsor might not necessarily think “I am making this post to appeal to a property-minded physicians in New England hoping to get a 10 percent annualized return on their investment,” rather, their appeal might be to anyone who might have even a remote interest in real estate. The public’s range of knowledge regarding real estate syndication varies vastly (with the average person probably having very little familiarity), meaning that introducing content for both beginners and experts will better position a sponsor to achieve their fundraising goals. No longer is the investment space dominated entirely by well informed, knowledgeable investors; everyone has the possibility of becoming an investor, meaning no level of content should be considered a waste.

As social media, such as LinkedIn, Twitter, Facebook and YouTube, as well as other platforms, become more and more sophisticated, the number of possible inroads that convert a prospective investor will continue to expand. People use social media to be suggested to, to learn new things, to connect with other people, to solve their problems, and to feel good about themselves. Each of these desires, when properly utilized, can convince someone that investing in a given project will be worthwhile. At the beginning of the day, a given individual might be a total stranger. At the end of the day, this very same person might be the one that causes a project to become feasible.

Adam Gower Ph.D. is an authority in content marketing and online communications for the real estate industry. He has more than 30 years and $1.5 billion of transactional experience in commercial real estate finance and investment. Today he builds best of class digital marketing platforms for private clients so they can raise more capital online and provides online courses for those who want to do it themselves – all at GowerCrowd.com and learn more about how to syndicate real estate projects online using social media, click here.