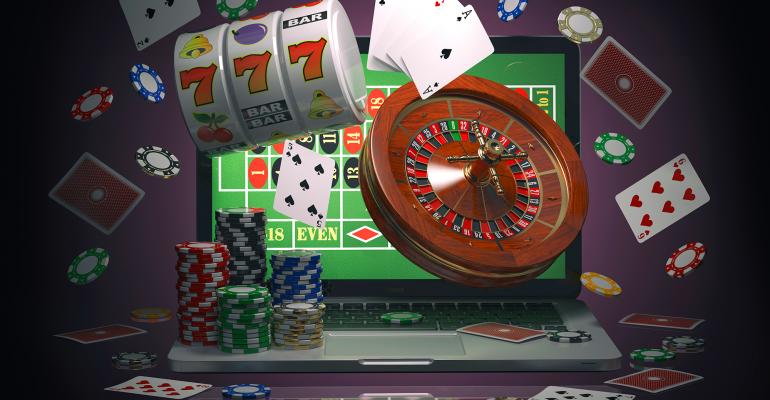 The pair invested in an online gambling venture that operates the world’s biggest online casino platform.

(Bloomberg)—Ian and Richard Livingstone built a multibillion-dollar property business spanning London cinemas, Florida hotels and Caribbean resorts. While the pandemic has squeezed the brothers’ real estate holdings, their fortune has kept climbing thanks to a long-term bet on online gambling.

The pair invested in Evolution Gaming Group AG early enough for the 15-year-old company to list one of them -- Richard -- as a founder in its prospectus. Shares of the Stockholm-based company, one of the world’s biggest online casino platforms, have surged more than 200% since the start of 2020 as Covid-related lockdowns have accelerated the growth of online wagering.

That values the brothers’ gains from Evolution Gaming at about $3 billion, pushing their fortune to $7.2 billion, according to the Bloomberg Billionaires Index. They’ve scored returns of at least 5,000% from the company, which licenses software to betting firms -- including a Monopoly-themed game show -- and is expanding its U.S. presence as more states legalize online wagering.

“The Livingstone brothers have always been known as shrewd operators in real estate, but their willingness to diversify away from it has proven just as lucrative,” said Bobby Console-Verma, founder of 1fs Wealth, a London-based fintech firm that works with family offices and private banks. “The pandemic has made many wealthy individuals realize they need to identify portfolio concentration risks.”

The sons of a dentist, Ian, 58, and Richard, 56, began building their real estate business -- London & Regional Properties -- during the 1990s, acquiring distressed assets in the U.K. following a slump in prices. Ian, who studied optometry in college, set up an eye-wear company in London around the same time and later sold it to Leonardo Del Vecchio’s Luxottica Group.

“He didn’t inherit success, he made it,” Ian’s wife, Natalie, told the Jewish Chronicle in 2016.

A representative for London & Regional didn’t respond to requests for comment, while Evolution Gaming, which is scheduled to report full-year results on Wednesday, declined to comment. The firm’s shares were down 1% at 2:15 p.m. in Stockholm.

Like the Livingstones, many of the world’s wealthy have diversified their holdings into tech to protect their wealth. Li Ka-shing, Hong Kong’s richest person who made his fortune in manufacturing and real estate, is an investor in Zoom Video Communications Inc. Egyptian billionaire Mohamed Mansour has put proceeds from his family’s conglomerate -- founded as a cotton exporter in 1952 -- into tech firms including Airbnb Inc., Twitter Inc. and Snowflake Inc.

“You need to be in the right sector,” Mansour said in a recent interview. “You need to make wise decisions about the good and great companies that will sustain a drop or instability.”

The Livingstones have collected more than 700 million pounds ($962 million) in dividends through London & Regional, according to data compiled by Bloomberg. Still, the effects of the pandemic may make them reluctant to extract cash from their real estate business for the latest financial year.

The firm’s U.K. subsidiaries warned of “material” uncertainties in the fallout from the crisis, filings show, and many of London & Regional’s properties, including the Hard Rock Hotel London and the Rita Suites in Las Vegas, are closed or offering limited services following local resurgences of Covid-19.

While vaccine efforts are boosting hopes for owners of retail and office space, it’s unclear when some governments will allow workers and consumers to move freely again or how the pandemic will affect long-term demand for commercial real estate.

“If you believe that companies will bring their employees back to the office once it is safe to do so, then office real estate may escape the worst of the pandemic,” said Bloomberg Intelligence analyst Jeffrey Langbaum. “Although clearly some of the traditional operating dynamics have shifted.”

Evolution Gaming has provided a major source of liquidity during the pandemic for the Livingstones. Richard, a trained surveyor, sold shares in the company last year worth more than $500 million. London & Regional has since surfaced as a potential buyer of Texas hotels in Austin and Dallas for about $150 million as it continues to consolidate its U.S. presence.

In November, Evolution Gaming signed an agreement to partner with Caesars Entertainment Inc. to offer live casino gaming in Pennsylvania and New Jersey after earlier announcing another partnership with Wynn Resorts Ltd.’s online-betting venture. The U.S. online gambling market is expected to expand about 15% a year through 2025, according to ResearchAndMarkets.com, giving Evolution Gaming a growth outlook beyond the pandemic.

“The gambling market is migrating from land-based to online and they have one of the best products for that,” said Martin Arnell, a senior equity analyst at DNB Markets, who has a buy rating on the stock. “Within gambling globally, this is the niche to be in right now.”