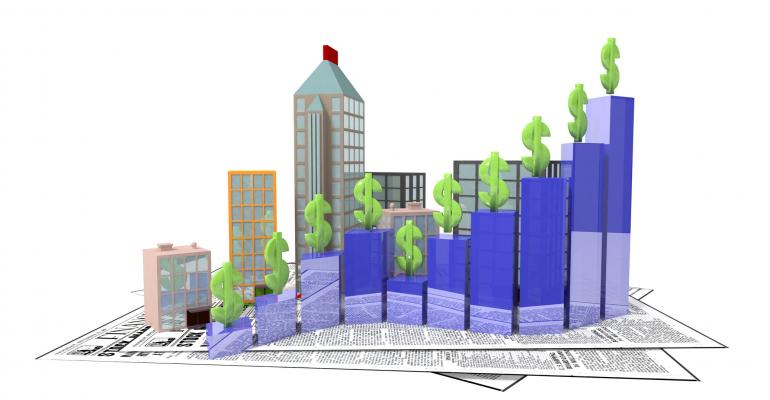 Owners that are cashing in on rising property values are fueling tax-deferred 1031 exchanges. The high demand for replacement properties is driving up prices and forcing investors to cast a wider net in order to complete transactions.

Apartment owners in particular have been selling assets to take advantage of the run-up in prices in recent years.

“There is a ton of 1031 money out there looking for an exchange,” says Steve Hovland, director of research at Irvine, Calif.-based HomeUnion. Sale prices that are likely close to the peak in many metros are pushing even long-time owners into the sale market. Transaction volume on apartment sales rose 12.0 percent year-over-year in the first quarter, while cap rates dropped another 20 basis points to average 5.7 percent nationally, according to New York City-based research firm Real Capital Analytics (RCA).

“We think cap rates are right near the bottom. So it is a great time to sell commercial real estate,” says Hovland. “The challenge is that once you sell it, you have to get back in line to buy something else.”

Many investors are choosing to do a 1031 exchange where they can defer capital gains taxes by reinvesting in other income-producing real estate. Heightened competition for replacement properties is spurring investors to expand their criteria to include a broader geographic scope and more property types. Adding to that challenge is that there is a 45-day window of time to identify replacement properties.

“What we have seen in this economic cycle is more money moving around the country,” says John Sebree, first vice president and national director of the national multi housing group at brokerage firm Marcus & Millichap in Chicago. That has always happened to some extent. But that movement is more prevalent now as investors look for better yields, adds Sebree.

In particular, 1031 money is moving from the coasts into other parts of the country, such as Charlotte or Indianapolis, where cap rates are higher. There also has been a bigger move from investors willing to sell out of one property type and buy into a different or alternative property type where yields are more attractive. “We are seeing that happen more now than ever before,” says Sebree.

Based on national averages as of first quarter, office and retail assets are selling for cap rates of 6.6 percent, while industrial properties are averaging 6.3 percent, according to RCA. It is not uncommon for an investor to sell their apartment at a very low cap rate and exchange that money into something that they have perhaps never owned before, says Sebree. For example, apartment investors can sell a property for a low 5.0 percent cap rate and buy into self-storage at 6.3 percent or manufacturing housing at 7.0 percent, he says.

HomeUnion is one firm that is hoping to give 1031 investors a new alternative for replacement properties via its online platform. The online real estate investment management firm specializes in single-family rental (SFR) properties. The company recently formed a partnership with Sperry Van Ness/First Guardian Group that will give its listings more exposure to First Guardian clients, which include 1031 exchange investors. In addition, HomeUnion also will list some of SVN’s multifamily listings on its online platform.

HomeUnion aims to introduce investors to an alternative asset type and also break down geographic boundaries by offering SFR property listings around the country via its online portal.

“We’re trying to show investors that this is a viable opportunity and it does qualify as a like-kind exchange,” says Hovland.

During the first quarter, SFR investment properties were averaging yields of 6.1 percent nationally. However, investors are able to find higher cap rates in secondary and tertiary markets. Cleveland, for example, was offering yields of about 10.0 percent in the first quarter, according to HomeUnion. Other investors are looking at SFR investments where there is more upside for appreciation in value, such as in Dallas or Houston, says Hovland.

One of the staple replacement property options for investors seeking stable income and less hands-on management have been single-tenant triple net lease properties such as restaurants and retail stores. However, the demand coupled with a pullback in expansion among retailers has also created a supply-constrained market and more pressure on cap rates in that segment, especially among top credit tenants. Cap rates for triple net lease properties edged slightly lower to 6.18 percent in the first quarter, according to research from The Boulder Group, a national net lease commercial real estate firm.

“There is not a lot of supply out there,” says Chris Marabella, president of Marabella Commercial Finance in Carlsbad, Calif. Investors looking to achieve higher yields are willing to buy dollar stores or lower credit tenants, such as franchise versus corporate-owned restaurants.

Right now there is a lot of activity in the dollar stores segment because there is abundant supply and attractive cap rates in the low 6.0 percent range with a 15-year lease, notes Marabella.

Another hot sector that is feeling the squeeze from the strong demand is the medical sector. Given the aging baby boomers, there has been expansion in more retail-like medical facilities such as DaVita Dialysis Centers, which are selling for caps as low as 5.5 percent for strong locations, with lease terms of nearly 15 years. “Anything medical you are going to have a tailwind for probably the next 10 years,” says Marabella.