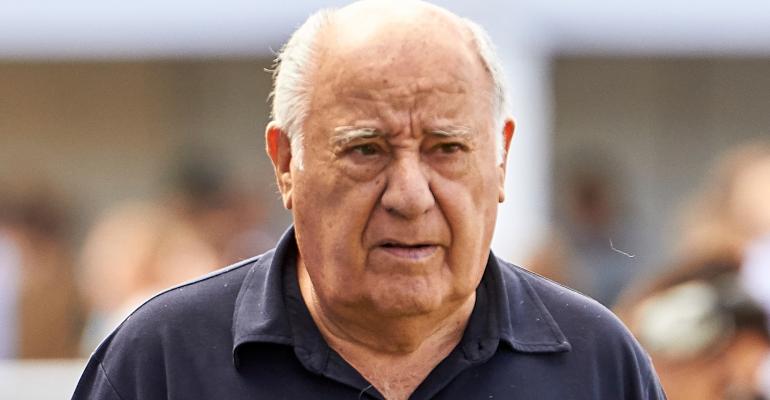 The billionaire Spanish retail owner's property holdings rose to $15.6 billion, according to a statement from Pontegadea, the firm that manages his fortune, similar to the value recorded pre-pandemic.

The billionaire Spanish retailer’s property holdings rose to 15.3 billion euros ($15.6 billion), according to a statement Thursday from Pontegadea, the firm that manages his fortune, similar to the value recorded in 2019, prior to the pandemic.

The 86-year-old Spanish founder of fast fashion behemoth Zara saw his fortune recover after dividends dwindled last year due to the pandemic. Most of Ortega’s income comes from his 59% stake in Zara owner Inditex SA, which slashed dividends from 2020 earnings.

Inditex pay-outs to Pontegadea have enabled Ortega to build the biggest real estate portfolio among Europe’s super-rich and while doing so, become landlord to some of the world’s largest corporations, including Amazon.com Inc. in Seattle.

Pontegadea’s most recent deals include the acquisition earlier this year of the Royal Bank Plaza in Toronto for C$1.2 billion ($903 million) and an agreement announced earlier this month to buy 19 Dutch, a luxury apartment complex in Manhattan.

The diversification started in 2018, when Pontegadea bought a stake in Telefonica SA’s telecom tower and undersea cable operator Telxius. The bet paid off last year, when Telxius sold its masts in an all-cash deal that saw Ortega more than double his money.

Pontegadea has retained a stake in Telxius, which now is only an operator of undersea cables, and also owns 5% of Enagas SA, the operator of Spain’s natural gas transmission network.

Late last year, Ortega, who is notoriously press-shy, shocked the investment community with the decision to name his 38-year-old daughter Marta as chairwoman of Inditex. She officially assumed the role in April, replacing Pablo Isla, who left the company. The shake-up also included naming a new chief executive officer at Inditex.

Ortega has a fortune of about 51 billion euros, making him Spain’s richest person, according to the Bloomberg Billionaires Index.

--With assistance from Macarena Munoz and Clara Hernanz Lizarraga.