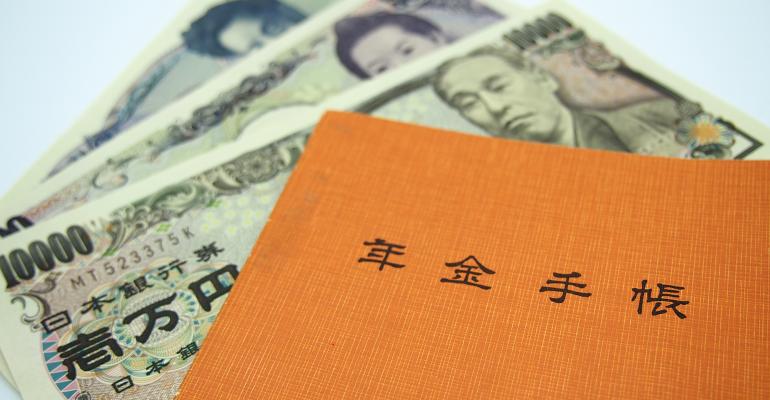 At the same time, Japan's GPIF is coming up against other hurdles that prevent it from keeping pace with other pension funds.

(Bloomberg) -- After taking over the helm of the world’s biggest pension fund in 2015, Hiromichi Mizuno helped chart a course that not just made sustainable investing big in Japan, but also raised the strategy’s global profile.

The Government Pension Investment Fund’s former chief investment officer sidestepped public bemusement and criticism at home, as he sought to turn GPIF into a fund that -- as one Harvard Business Review article put it -- tried to “change the world” through its approach to environmental, social and governance investing.

But at a time when the pandemic has accelerated the global push toward ESG themes, the $1.63 trillion-fund seems to be mostly treading water. While its peers around the world have cut fossil-fuel investments and threatened to pull funds from firms that fail to meet ethical standards, the GPIF, constrained by stricter legal restraints, has largely been quiet on impact investing since Mizuno was succeeded in April 2020 by the more reclusive Eiji Ueda.

“The GPIF doesn’t have a mandate to pursue ESG investing in the face of lower returns,” said Takatoshi Ito, a professor at Columbia University’s School of International and Public Affairs who headed a government panel to reform the fund. “It’s difficult to balance with the fund’s fiduciary duty.”

The GPIF’s overriding principle is legally mandated gains -- the fund is required above all else to pursue a real investment return of 1.7%. With Japan’s massive working generation retiring in droves and not being replaced, pensions are a more sensitive subject than climate change, and despite the fund’s long-term returns, questions are asked whenever it posts a quarterly loss.

Some rules also prevent the GPIF from taking a more hands-on approach to governance: it can’t legally hold direct stakes in companies, or vote at shareholder meetings, and it outsources investments to asset managers.

The hands-off approach stands in contrast to Norway’s wealth fund, which blacklisted Glencore Plc and other firms, and put Japan’s own Kirin Holdings Co. on watch due to ties to Myanmar. Two of Finland’s largest pension funds plan to make their portfolios carbon neutral over the next decade and a half.

“Under current legislation, we can’t sacrifice returns for the sake of buying environmental names or ESG names,” Kenji Shiomura, senior director of the fund’s investment strategy department, who oversees selection of ESG indices, told Bloomberg News in an interview.

Japan-focused ESG funds returned 5.2% on average this year, according to data compiled by Bloomberg, underperforming the 8.6% return of the benchmark Topix index.

Mizuno once called fiduciary duty the “monster in the room,” arguing that failing to integrate ESG factors ran contrary to the duty for clients with long-term investing horizons. The fund’s investing principles say it promotes incorporating ESG factors into the investment process but only in addition to financial factors.

At the same time, GPIF is coming up against other hurdles that prevent it from keeping pace with other pension funds -- from the lack of a unified scoring method for sustainable investing to legal restraints that handcuff its ability to change companies’ behavior.

“I acknowledge that we need to produce results by dealing with ESG investment over the long term,” said Hirohide Yamaguchi, the newly-appointed chairman of the GPIF board of governors, which oversees the fund.

The GPIF had about 5.7 trillion yen ($52 billion) invested in five ESG equity indices as of March 2020, the most recent date for which information is available. Last December, it added two more for overseas equities, with 1.3 trillion yen invested against them, and has formed a number of partnerships globally to promote green bonds. But that’s still less than 5% of its assets, and how the funds are allocated is opaque.

“To say we’ll invest 10 or 20 trillion yen in ESG is not the most appropriate for our goals. We’re not driven by a numerical target,” GPIF’s Shiomura said. “When you consider those factors, we can’t give a set amount or percentage of ESG investing we will do.”

Masaaki Kanno, chief economist at Sony Financial Holdings Inc. and another former member of the expert panel to reform the fund, said there needs to be more disclosure.

“It’s laudable that the pension fund promoted ESG so early on,” he said. “But it needs to do a better job of explaining the relationship between returns and ESG to the wider public.”

Unlike the outspoken Mizuno, who now shares his views on ESG investing and other subjects on his increasingly prolific Twitter account, his successor Ueda prefers to operate from the background. He has yet to give a media appearance in more than a year overseeing the fund, with President Masataka Miyazono deflecting questions in January by saying he, not Ueda, would be the one to face the public. He declined to give the size of GPIF’s ESG investments, citing the potential impact on the market.

“The fund’s ability to communicate externally has gone quiet,” said Tamami Ota, a researcher at Daiwa Institute of Research Ltd. “Mizuno was a skilled communicator.”

--With assistance from David Scanlan.