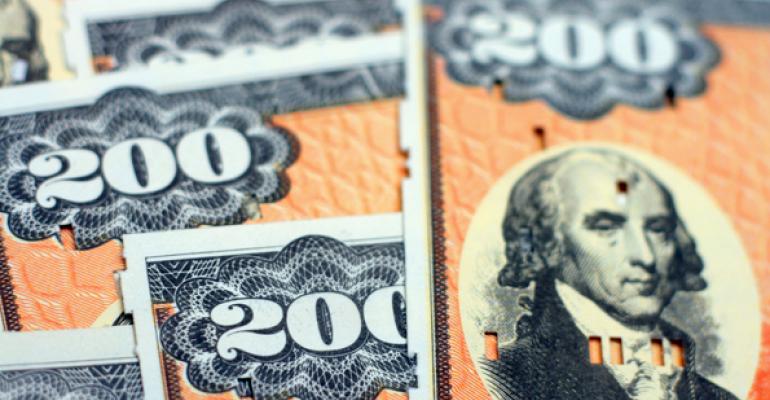 What Is The Bond Market Telling Us About Real Estate Prices?

Investors are reading the “tea leaves” in the bond market to help determine what might lie ahead for corporate real estate cap rates and property prices.

There is a correlation between the bond market and commercial real estate, and that could mean that there are some definite changes ahead. The changes in BBB and BB rated bonds are most relevant to the real estate market. To that point, the low investment grade BBB and high non-investment grade BB bonds have seen yields rise over the past several months.

One argument in favor of increased capital flowing to commercial real estate in recent years has been that the yields investors can get in the sector are attractive relative to alternatives such as bonds. In theory, higher yields in BBB and BB bonds might pull some capital away from real estate. The idea of comparing real estate prices with bond yields is a way of saying there are investment alternatives, and bond yields look much more attractive today than they did a year or two ago, says Cedrik Lachance, managing director at research firm Green Street Advisors.

The reality is that bonds and real estate are two very different investment vehicles. Bonds are liquid and stable investments, but there is no upside other than the stated rate. Real estate is highly illiquid, but there also are some added benefits in being able to take advantage of property appreciation and net operating income (NOI) growth.

“So there is not a direct substitution, per se,” says Ronald F. Greenspan, senior managing director and co-leader of the real estate solutions practice at FTI Consulting in Los Angeles.

The bigger impact is that the available yield in the bond market influences what investors demand and expect in their real estate investments.

“Your expectation for your real estate investment, again because it is less liquid and because it is more risky, will be for a higher yield than on your bond portfolio,” says Greenspan. What that means is that as yields go up on bonds, it doesn’t necessarily shift dollars between the two buckets, but clearly changes investor expectations related to returns.

Outside of the real estate market, spreads have widened. For companies trying to borrow money in the unsecured debt market, it has become more costly in terms of a premium or spread to treasuries. CBL & Associates Properties (BBB rated), a regional mall REIT, recently pulled its unsecured debt raising deal. “That is partially a CBL issue, because of the low quality of their assets,” says Lachance. “But, to me, it also is reflective of a market and what it will finance.”

CBL’s inability to go through with an unsecured offering would suggest that the market is becoming a lot more selective in what it will finance, notes Lachance. The pace at which new CMBS issuance is coming to the market would suggest the same thing.

“When you look at the bond market tea leaves and the public market tea leaves, it suggests that private market real estate prices could decline in the near future,” he says. The caveat to that is that there is still a powerful wave of capital and competitive pressure, both from domestic and international sources that are looking to invest in U.S. real estate, he adds.

Although real estate cap rates have yet to follow bond rates higher, many believe this is what’s in store for the market. Rising interest rates will likely trigger higher cap rates. However, it remains to be seen whether a rise in cap rates will signal a subsequent drop in real estate prices, or whether fundamentals will remain strong enough amid an improving economy that properties could maintain current pricing levels, or even see a further rise in prices.

“I think the general consensus is that we’re going to have an improving economy, therefore you would expect to have improving prices on real estate,” says Greenspan. Yet rising cap rates as interest rates go up will have a contrary effect. “The question is which effect is more powerful, and a lot of that will deal with the rate at which interest rates go up,” he says.

Ultimately, there are definitely some signs to watch in the bond market, but it may be a bit too early to draw any definitive conclusions on future cap rates or real estate prices.

“I think there is definitely a correlation between cap rates and the bond market,” says Greenspan. “But I would be hesitant to call a six-month change in bond yields a trend.”