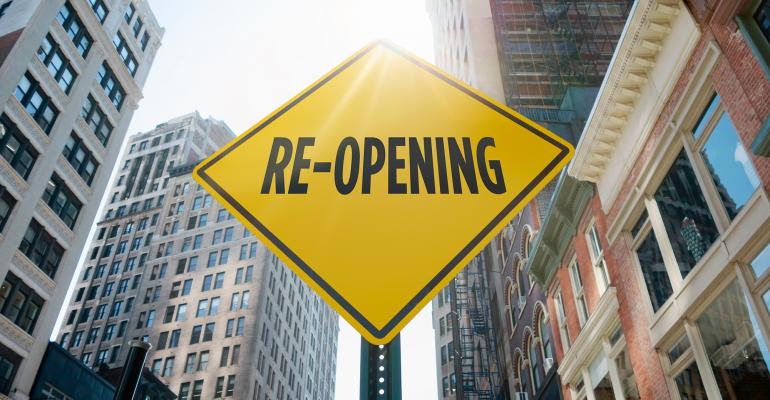 Wave of Capital Vies for Shrinking Pool of Distressed Assets

With a recovery coming sooner than many anticipated, there may be more capital chasing distressed assets than viable opportunities.

Real Estate investment firm Black Salmon recently closed on the purchase of its first hotel asset, Pelham Hotel in New Orleans, and it hopes to find more buying opportunities ahead. The company formed a joint venture partnership with AMS Hospitality last December with the intent of acquiring about $300 million in hospitality assets by summer 2022.

The company also is seeing firsthand the competitors lining up to pounce on opportunistic deals in a market that might have as much as $250 billion targeting distressed opportunities. “The market is flush with foreign and domestic institutional capital looking for distressed assets, including properties in the hotel sector,” says Stephen Evans, managing director of Black Salmon. Opportunity funds in particular have raised significant capital with promises of outsized returns regardless of the sector, he says. “This has created a competitive and crowded buyer market. However, this does not mean that there are no opportunities for strong risk-adjusted returns,” he says.

AMS and Black Salmon are targeting assets that can be acquired at an attractive basis from their pre-COVID-19 value where additional capital can be deployed to reposition the asset. Their focus is on smaller properties with local ownership, which are often overlooked by larger institutions. “This allows us to be selective while uncovering opportunities with less competition,” adds Evans. The JV is targeting limited and select-service hotels located in the Sun Belt, particularly those assets near convention centers or tourist attractions that will benefit from return of business and leisure travel.

The questions facing opportunistic investors is whether the window of opportunity may be closing along with an economic recovery that appears to be gaining momentum. How much distress is yet to emerge, where will pockets of opportunities exist, and exactly how much discounts to pre-pandemic values will buyers be able to find?

“I think we are still at an early stage in the cycle in terms of seeing distress realizations,” says Xiaojing Li, managing director, CoStar Risk Analytics. As was evident in the 2008-09 recession, it takes time for distress to work through the system. Li estimates  a roughly nine-month span for troubled loans to go through the different workout stages with lenders before moving to a final resolution of a note sale or foreclosure, and potentially another two years to get liquidation sales done. The forbearance that was granted could further stretch those timelines.

Opinions vary on outlook for distress

Last November, CoStar developed a model forecasting distressed sales in 2020 and 2022 that ranged from a best case scenario of $92 billion to $370 billion if the economy slid back into a severe recession. The most likely level given the information at that time was an estimate of  $126 billion in distressed sales. According to Li, that $126 billion projection could end up being lower due to the positive changes that have occurred in the economy over the last few months. But, inevitably, there will still be a big amount of distressed assets that come to the market over the next two years. Likely, the volume will still exceed the $95 billion in distressed sales that occurred after the last recession in 2010 and 2011, she adds.

One reason for that higher forecast is that the overall commercial real estate market is bigger with values that have increased more than 60 percent since the 2008-09 recession, notes Li. “So, even if the percentage of distress is comparable or even smaller, the dollar amount will probably be bigger than what we saw in the last recession,” she says.

Yet some believe that much of the capital raised to acquire distressed assets may fall short of investment goals. Continued expansion of COVID-19 vaccinations, easing business restrictions and the approval of the $1.9 trillion stimulus package have resulted in greater confidence in economic recovery. That optimism is causing economists to increase GDP forecasts for 2021. For example, in early March, the OECD increased its growth forecast for U.S. GDP to 6.5 percent in 2021, up from 3.3 percent in December.

“Now that the vaccine is coming out and stimulus checks are being received, there is sort of a ‘hope springs eternal’ attitude that I’m hearing daily about the recovery,” says Brian Stoffers, global president, Debt & Structured Finance at CBRE. People are returning to offices, shopping in stores and traveling again, and that has very positive implications for real estate. “We didn’t think there would be a tsunami of distress to begin with. So, we haven’t changed our view,” notes Stoffers. That being said, there will be some distress that will be felt, including distress that was in motion before the pandemic, he adds.

Certainly, there have been examples of distressed sales that have already occurred that have produced a “wow” factor in the steep write-downs in value. Hotels that rely heavily on tourism and convention business have been hardest hit. For example, investors paid less than half the face value on the $195 million note on the Crowne Plaza Times Square in Manhattan late last year. However, the distress that is emerging is highly situational. In some cases, it may be due to the location or geographic market, specific tenancy issues, obsolescence or operator issues. The challenges for investors are both finding those opportunities and beating out other capital vying for the deal.

The CMBS delinquency rate shows the main pain points in the industry. The overall delinquency rate has continued to improve over the past several months, dropping to 6.8 percent in February, according to Trepp. However, distress remains acute in lodging and retail with delinquencies of 16.4 percent and 11.8 percent respectively.

About $22 billion in CMBS loans, across roughly 1,000 properties, were reappraised in 2020 with values lower than their original underwritten values, according to Li. Retail represented 40 percent of those loans and hotels accounted for 35 percent. “Those are perfect candidates for distressed sales if they ever come to the market,” she adds. Another data point that illustrates the level of distress is that 39 percent of the loans that were reappraised saw their values drop from original underwritten values by more than 50 percent, says Li.

Office remains a wildcard, and potential distress may take longer to emerge in that sector. Core CBD office assets in gateway markets have suffered disproportionately in metros such as San Francisco and New York City. Those markets were among the first to be impacted and last to recover, and office properties will be further challenged by new construction that had been occurring pre-pandemic, notes Nancy Muscatello, Managing Consultant, CoStar Advisory Services. “We may expect some pricing adjustment as a result of some of the headwinds that are going to continue to face those areas,” she says. The flip side is that there is still investor demand for those assets, particularly from international investors who have long-term hold strategies. That demand could help to prevent any significant adjustments in pricing, she adds.

The K-shaped economic recovery has produced some distinct winners and losers, and it remains to be seen what changes in demand for will exist long term. It is not yet clear whether or not business travel and meetings & conventions will fully revert to pre-pandemic levels, or more meetings will be conducted virtually in the future. There also is speculation about how work-from-home trends will impact demand space over the long-term.

Despite uncertainty around potential secular shifts in demand, the prevailing attitude is becoming much more positive, says Stoffers. “This is not a real estate crisis caused by poor underwriting and aggressive lending, rather it is due to the pandemic that changed the dynamics of some property types in particular,” he says. Additionally, there continues to be debt available to reposition and stabilize assets. So, some investment groups that have raised capital for distressed buying opportunities may be disappointed in what they are able to achieve, he adds.