The Top 10 Cities with the Highest Commercial Property Taxes 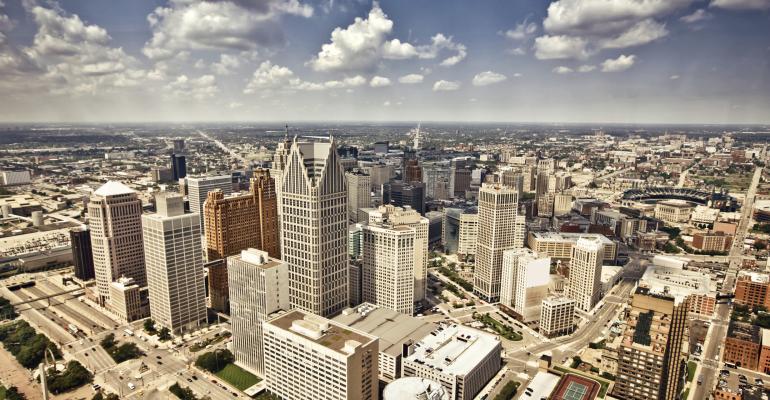 Start Slideshow ›
A lag time in reassessment periods in some jurisdictions is causing some property tax bills to skyrocket.

Property taxes that are rebounding along with recovering property values should be no surprise to landlords. However, a lag time in reassessment periods in some jurisdictions is causing some property tax bills to skyrocket.

Across many metros, property values have recovered or even surpassed values achieved at the peak of the past cycle in 2006 and 2007. Some jurisdictions have been very aggressive in chasing improving values in the market recovery. “Municipalities have been looking for every way to raise revenues with the strain on economies and budgets. So I do think pressure to raise taxes has been on an upward slope,” says Timothy Trifilo, a partner in the tax group at accounting firm CohnReznick.

In addition, jurisdictions reassess values every two or three years rather than annually, and now they are moving values markedly higher, notes Dorothy Radicevich, the national property tax leader and principal in the state and local tax practice of accounting and consulting firm BDO. For example, BDO is working with a client in Philadelphia where the local taxing authority reassessed 65,000 properties in that jurisdiction that resulted in a total increase of $16 billion in property value—a 40 percent increase.

The increases in value will generate an additional $118 million in revenue that will be spread across those properties. “What that shows is that this particular jurisdiction may be playing catch-up in what is happening in terms of value increases due to market sales or investments in the area,” says Radicevich. Depending on the type of property, owners could see a huge increase in their tax bills, she adds.

Some cities also have introduced significant increases to their effective tax rates to raise additional revenue. According to the annual 50-State Property Tax Comparison Study conducted by the Lincoln Institute of Land Policy and the Minnesota Center for Fiscal Excellence, the city that saw the biggest year-over-year increase was Columbus, Ohio, which raised its effective tax rate on commercial properties by 8.0 percent for taxes payable in 2016. However, the average effective commercial property tax rate across all 53 cities surveyed remained relatively flat at 2.10 percent.

Although higher taxes are often passed through to tenants at commercial properties, they can have a bigger direct impact on assets that don’t have direct pass-throughs to renters, such as apartments, self-storage facilities and corporate-owned properties. In some cases, higher taxes can also put a damper on property prices. The higher the real estate taxes go, if the owner is not able to recoup the amount in rents, it can have a downward impact on market value, says Trifilo.

Some jurisdictions do put limits or caps on the amount an assessed value can be raised in a particular assessment period, as well as limits on raising tax rates. For example, California’s Proposition 13 restricts annual increases of the tax to an inflation factor not to exceed 2.0 percent per year. However, investors do have to be aware that a sale will trigger a reassessment of the property value outside of those caps. So for an owner that has held a property for 20 years and has a very low tax bill, a sale to another entity could produce an assessment at a much higher value that will create a big jump in the property tax bill, notes Radicevich.