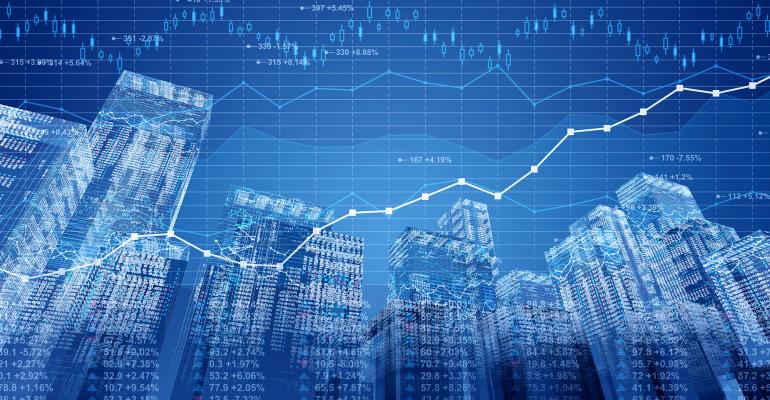 Which performs better, public REITs or private equity real estate (PERE) funds? That debate has been ongoing in the real estate investment industry for years, and a new comprehensive research analysis points to listed REITs as the clear winner.

According to findings in the research report, Private Equity Real Estate Fund Performance: A comparison to REITs and Open-End Core Funds, listed REITs outperformed closed-end PERE funds both on average and by the percentage of individual funds that outperformed. The analysis looked at performance data over a 20-year period (Q1-2000 thru Q4-2019) for both “seasoned” PERE funds, those funds at least 4 years and older, and also “economic” funds, those with a vintage year of 2014 or earlier and reporting a stable IRR. Based on IRR, listed REITs outperformed seasoned PERE funds by an average of 165 basis points per year and outperformed economic life funds by 186 basis points per year.

The research is generating a lot of discussion in both PERE and public REIT circles. “I think it provides evidence that suggests that you should have at least some allocation of your portfolio to public REITs, and perhaps a larger allocation than you had before,” says David Ling, the Ken and Linda McGurn Chair, Professor of Real Estate and Director of the Nathan S. Collier Master in Science of Real Estate program at the University of Florida. Ling authored the report along with Thomas R. Arnold and Andy Naranjo.

Certainly, there have been plenty of research studies done over the years that make a strong case for both public REITs and PERE funds with results that vary depending on the time period studied and methodology applied. This particular report looks at a robust data set and uses what the authors refer to as a “horse race” approach to its analysis that matches the investment horizon of each PERE fund in its sample with the corresponding investment horizon on the chosen benchmark. “When we started digging into this fund level horse race it provided a new look at relative performance that people hadn’t seen,” says Ling. Ling believes that the findings should incentivize investors and asset managers who have traditionally been heavily focused on PERE funds to step back and take a closer look at listed REITs for real estate allocations.

“The performance differentials are real, understanding what drives them becomes the question,” says Dr. Sam Chandan, PhD, the Silverstein Chair, professor and dean of the NYU SPS Schack Institute. Digging into why REITs outperform can help investors refine their strategies. What types of PERE strategies might outperform, and when are REIT structures more appropriate? “So, I see this as a great learning opportunity for us in terms of better understanding what the drivers are for that performance,” he says. “I don’t think it’s the case that one vehicle or one structure is universally better than the other.”

Although the analysis shows that listed REITs do outperform PERE funds, it also is important to note that a comparison of the median performance offers a different result. Economic PERE funds underperformed listed REITs by a slightly narrower margin of 167 basis points, while seasoned funds actually outperformed equity REITs by a slim 13 basis points on annual IRR. “What that tells you is that in the fund world, there is a skew to the left. There is a large number of really bad performing funds that drive down the mean,” says Ling. The point that hammers home to investors is that you can’t paint the whole industry with the same broad brush, and it is  important to pick the right manager, he adds.

Another key insight that has been a little bit lost is that some of the results disaggregate by vintage year, says Ling. The funds really under-performed in the earlier years of the sample, prior to 2015, whereas performance in the latter years, 2015-2020, has been more of a mixed bag.

According to the study, there is a wide variance in returns between the top and bottom performing quartiles within the PERE data set. The returns of the top 75 percent seasoned funds are on par with the returns of the REIT index for the operating period associated with that quartile at 16.32 percent. For economic funds, the spread is even wider with the bottom 25 percent generating an annual average IRR of 1.35 percent compared to 16.13 for the top 75 percent, which outperforms returns of the equity REIT index for the operating period associated with those funds quartiles by almost 400 basis points.

“To me, the key takeaway is that manager, strategy and vintage selection for funds is a very significant determinant of overall performance and relative performance to REITs,” agrees Douglas Weill, a managing partner at Hodes Weill & Associates. For example, Blackstone’s flagship fund series (BREP) has an average net IRR from inception to date of 16 percent, as of June 30, 2021. So, just by picking Blackstone an investor would have outperformed the median return for REITs by about 600 basis points, notes Weill. “It is an impressive report, but if you look at it from a couple different angles you could reach a different conclusion,” he says.

Surprisingly, the research report also shows that low-risk PERE funds outperformed the high-risk funds. Once again, there are likely some big underperformers that are skewing those results. However, the underperformance is not as large when looking at the equity multiple (EM) versus IRRs. One explanation is that a lot of these funds that came to market prior to 2008 had a lot of difficulty during the Great Financial Crisis and extended their holding period. “We know that if you keep the money outstanding longer you can get some of that money back, but the longer those cash flows are out there that usually drives down the IRR,” says Ling.

Another explanation for research suggesting that low-risk PERE funds outperform high-risk funds is that the low return funds – including the NCREIF ODCE funds – have a truer mark to market, adds Weill. There are third-party appraisals on a rolling basis. So, they are much truer to valuation trends, which have been quite favorable. Private closed-end funds are often more conservative with portfolio valuations, and as a result IRRs tend to trend up upon liquidation. “Portfolio valuations are an important consideration when looking at seasoned and economic funds that are not fully liquidated,” says Weill. “Fully liquidated funds may provide a better indication of relative performance.”

It remains to be seen whether this new research will drive more capital to the listed REIT marketplace, which according to Nareit had grown to a market cap of $1.2 trillion at the end of 2020. According to the 2020 Institutional Real Estate Allocations Monitor survey that Hodes Weill & Associates conducts with Cornell University, there is a trend of institutions increasing allocations to listed REITs. About half of institutions indicated that they are actively investing in REITs out of their real estate allocation. “For many institutions, there is a place in their portfolios for liquid securities and REITs alongside private market investments, including private equity funds,” says Weill. “I think this helps to make the case that institutions should have exposure to both.”

Researchers are always looking for better and robust data and analytical techniques to try to figure out if one structure is superior to the other, notes Chandan. “What I don’t take away from the paper is that we should abandon private equity and all capital should flow to REITs or vice versa,” he says. However, this research will help investors and advisors think critically about what drives performance. Is it about scale, flexibility in capital raising, the use of leverage, the management team or the strategy? “As we understand that better, it isn’t a question of we should only invest in REITs or always and only do private equity, but rather is one structure or manager more appropriate for perhaps a particular strategy,” he says. “So, the bigger question to unravel is what’s driving performance, and what can investors learn in how to better leverage each structure within their portfolios.”