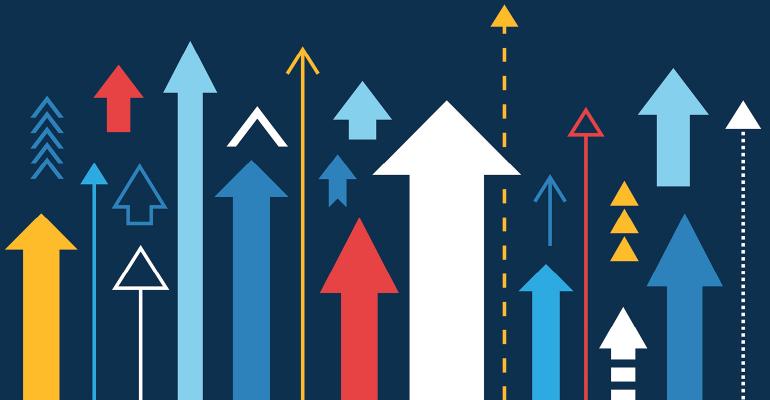 U.S. real estate executives continue to feel optimistic about the industry’s prospects in 2019, according to the results of the 2019 U.S. Real Estate Sector Report released this week by the national law firm Akerman LLP.

1. In a survey conducted by the firm, 37 percent of executives said their outlook for the real estate market this year is “marginally more optimistic” than it was last year, and 33 percent said they were “significantly more optimistic.” Seventeen percent reported being “marginally less optimistic” and 12 percent reported they expected no change. Only 1 percent of respondents felt “significantly less optimistic” about the sector’s prospects this year.

2. For many of the real estate executives surveyed (46 percent), the continued health of the U.S. economy was the primary reason for their sense of optimism. Some of the respondents saw the increased investment in secondary and tertiary markets and the continued availability of capital as underpinning the health of the U.S. real estate sector (at 14 percent of respondents each). Ten percent were reassured by rising interest rates (though that is likely to be less of a factor now that the Federal Reserve is said to be considering a rate cut), while 9 percent saw changes in the tax code and 7 percent the loosening of financing requirements as driving a positive outlook for the real estate industry this year.

3. Nevertheless, respondents remain aware that this real estate cycle has been in expansion mode for an extended period of time and are preparing for a slowdown ahead. They picked interest rate uncertainty as the top factor affecting the real estate industry today, followed by lack of affordable housing and global economic uncertainty.

4. In keeping with the results of similar surveys conducted in recent months, respondents in the Akerman study picked multifamily and single-family residential as the two sectors that will likely see the most investment sales activity in 2019, followed by industrial and office. Retail was near the bottom of the list for anticipated transaction activity, though it ranked above the hospitality sector.

6. Akerman survey respondents expect private equity players to provide the most debt/equity funding for commercial real estate in 2019, followed by banks, CMBS lenders and foreign investors. Crowdfunding and Opportunity Zone funds/EB5/non-traditional incentives ranked near the end of the list for sources of debt and equity this year.

Akerman gathered the results for its 10th annual real estate report through an online survey of 210 commercial real estate executives from across the country that was conducted between February 19 and March 5.