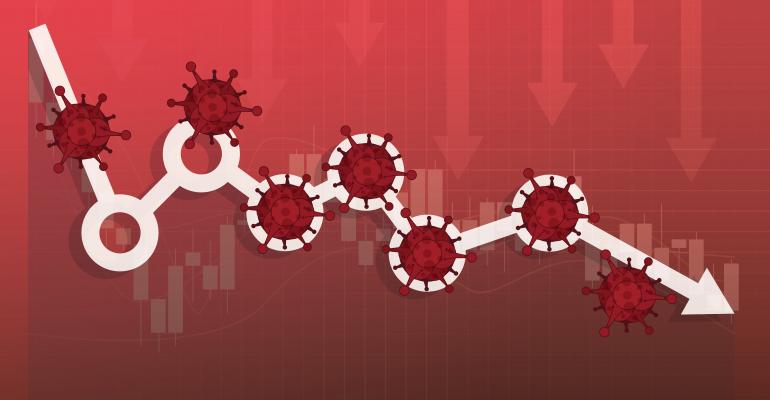 To some investors, that signals a shift from the central bank’s neutral stance, and the possibility of a move sooner.

(Bloomberg) -- U.S. markets face the week ahead in crisis mode, lobbying the Federal Reserve hard for action. It looks like nothing short of extraordinary measures can put a floor under rates.

In the throes of panic over the global spread of the coronavirus, yields in the world’s biggest government-debt market dropped off the charts last week. The 10- and 30-year benchmarks are already at record lows and the two-year is heading there fast as traders add to bets on aggressive rate cuts. It’s as if last year’s 75 basis points of easing never happened: The market wants 100 more, and futures are close to pricing in a move even before the next meeting.

In the teeth of Friday’s turmoil, the Fed released a brief statement that the virus poses “evolving risks to economic activity,” and policy makers will use their tools “and act as appropriate to support the economy.” To some investors, that signals a shift from the central bank’s neutral stance, and the possibility of a move sooner or more expansive than a rate reduction at its regularly scheduled March 17-18 meeting.

“My view is that the Fed is going to do something coordinated with the rest of the central banks and it will involve the promise of more action beyond a simple rate cut,” said Anne Mathias, a global rates strategist at Vanguard Group Inc.

She’s been favoring a steeper yield curve since the start of the month, on the view that the Fed would ease. 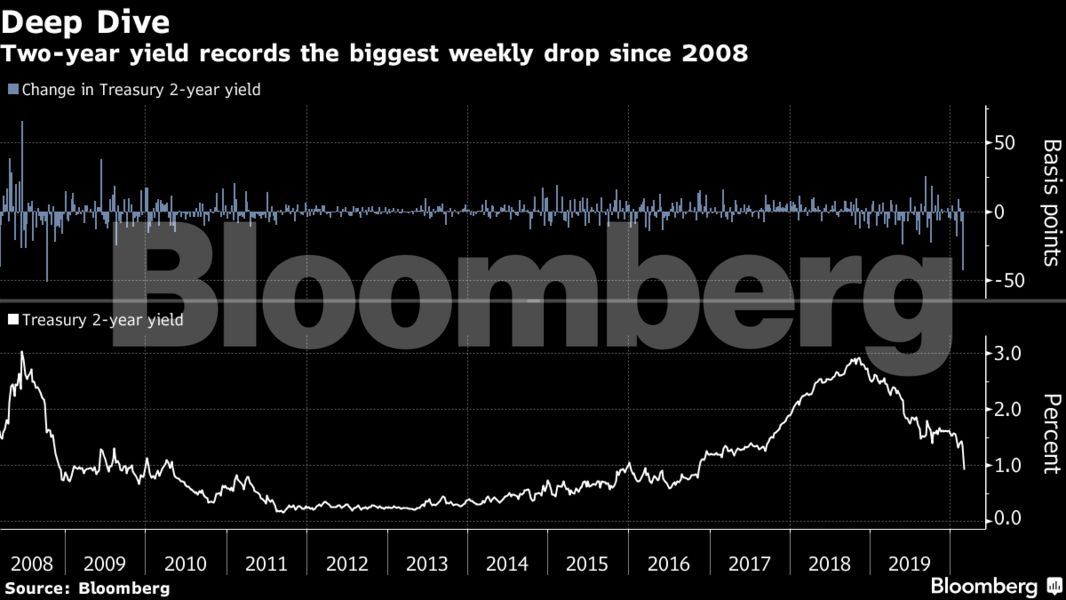 President Donald Trump on Saturday said it was “about time” the Fed moved to lower rates, whether it was related to the virus-fueled losses in stocks or not. He also said he would soon announce a plan to cut middle-income taxes.

It’s unclear what scale of action will halt the slide, other than a vaccine. Global confidence is buckling with more than 85,000 cases across dozens of countries, and deaths approaching 3,000. The U.S. reported its first death from the disease on Saturday, as unexplained infections started appearing on the West Coast.

Reassurances on the health of the U.S. economy aren’t likely to do much to restore investor confidence. Markets may scarcely pay attention to the week’s mostly stale economic data, even February payrolls figures due Friday. And U.S. manufacturing statistics at the start of the week may show the sector is faltering again. A gauge of Chinese manufacturing sank to a record low in February, according to data released Saturday.

The prospect of more stimulus means yields can slide further, says Lisa Hornby, a fixed-income portfolio manager at Schroders. She agrees that coordinated central-bank action might be the best hope for stabilizing markets under stress. But she doesn’t see value in Treasuries at this point, and is reducing 10-year holdings in favor of high-quality credit. She sees that sector in particular benefiting if Fed easing takes some of the shine off the dollar.

And like Mathias, she’s keeping in mind the potential for government action, in the U.S. or abroad. After all, nothing can be entirely taken off the table in an American election year, and with crisis preparation certain to be a key theme for Democrats in this week’s Super Tuesday primaries.

To contact the reporter on this story:
Emily Barrett in New York at [email protected]