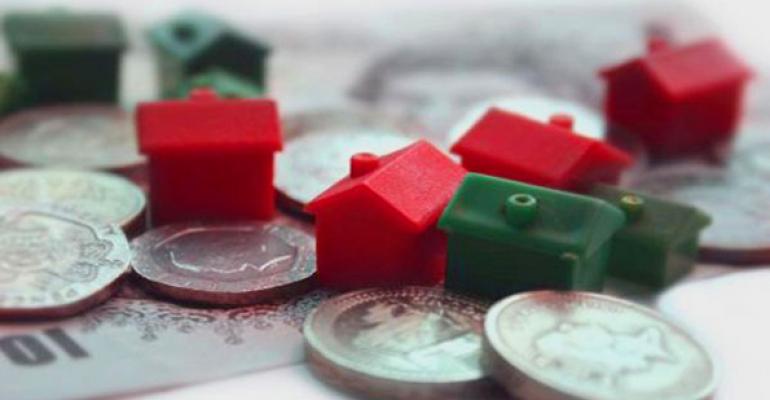 Rising property taxes can be a problem for both tenants and landlords.

Corporations that have been focused on the potential windfall that tax reform will bring are getting a reality check when they look at their property tax bills. Commercial and multifamily properties across the country are seeing a spike in property taxes as assessors continue to reset values to higher levels.

It has taken property tax appraisals time to catch up from the bounce back in values that has occurred after the recession. Some jurisdictions assess commercial property values every year, while others reassess values on a two or three-year cycle. In some cases, such as with the Carolinas, assessments occur every seven years, notes Dorothy Radicevich, a principal in the state and local tax practice and national property tax leader with accounting firm BDO. Most markets are now up to speed on property values, which have now exceeded pre-recession levels in many areas of the country.

“There have been major re-evaluations in commercial properties in all of metro Atlanta for the past two years and especially this year,” says John Hunsucker, owner of Property Tax Consulting LLC in Atlanta. Some of the lower valued properties don’t get as much attention. But this year most of the counties in metro Atlanta reassessed values on higher-end properties that resulted in tremendous increases, he says.

Although some states and jurisdictions do have a cap on how much taxes can be raised annually, such as 2.0 percent to 3.0 percent, Georgia has no such cap. Some taxing authorities in metro Atlanta have gotten very aggressive with tax assessments that have jumped by more than 300 percent, notes Hunsucker. In Fulton County, for example, some of the 2018 assessed values on high-end apartments are higher than what properties could trade for in the current market, he says.

Rising property taxes can be a problem for both tenants and landlords. “If taxes go up and they keep going up, it is going to push the NOI down for some owners,” says Hunsucker. “So, property taxes are a huge concern right now for Atlanta commercial property owners.”

Higher taxes can make it more difficult for landlords to push net rents higher. Retailers are especially rent sensitive and typically look at their gross occupancy cost, including rent, taxes and utilities and common area maintenance (CAM) charges as a percentage cost compared to store revenue. “If a tenant can pay 8 percent of revenue as rent, he’s not caring whether it is taxes, expenses or rent to the building,” says Michael Federle, a senior vice president at real estate services firm Transwestern in San Francisco. “Their concern is: how much money are we spending out the door all-in for that space?”

In addition, some commercial tenants have tax stops in leases that effectively put a cap on how much the landlord can raise taxes annually, meaning that not all taxes can be directly passed through to tenants, and owners will have to absorb some of those higher rates. Indirectly, higher taxes trickle down to higher rents for apartments. However, rents have already risen to high levels in some markets, which will make it difficult for owners to raise rents and still retain tenants, adds Hunsucker.

Real estate tax laws and protocols on assessed values varies by state, as well as individual tax jurisdictions. According to the 2018 50-State Tax Comparison Study published by the Lincoln Institute of Land Policy, the effective tax rate for 2017 on a commercial property worth $1 million averaged 2.05 percent across the largest cities in each state. The five cities with the highest rates included Detroit, New York City, Bridgeport, Conn., Chicago and Providence, R.I. On the other end of the spectrum, the five cities with the lowest commercial property tax rates, at less than half of the national average, were Fargo, N.D., Virginia Beach, Va., Honolulu, Seattle and Cheyenne, Wyo.

Some owners are pushing back on higher values with property tax appeals. For example, Hunsucker is working on the highest volume of appeals his firm has seen since the crash a decade ago when property values plummeted. Although Georgia is supposed to be uniform in its assessments, it appears that the high-end office buildings and high-end apartments are carrying more than their fair share in certain areas of Atlanta, he says.

The Georgia state legislature has commissioned an independent study to determine whether they are going to revise some aspects of property tax assessments. One change that property owners are pushing for would be a cap on annual increases. There is also a bill that will be voted on this fall that would create a floating homestead exemption for homeowners. If that passes, counties would not be able to raise residential property taxes by more than 3.0 percent. “If that law goes into effect, it is going to put more of a burden on commercial property owners,” says Hunsucker.

California is seeing backlash against its Proposition 13. According to Prop 13, appraisal values are set by the sale price and taxing authorities are allowed to increase that assessed value by 2.0 percent per year. So, for properties that have long-term owners, gradual increases of 2.0 percent can result in a very low tax assessment. However, a flurry of investment sales in a hot market means that the bar on assessed value can move higher very quickly.

Prop 13 is under fire by some critics for setting up an unfair market advantage. For example, neighboring office buildings may be of equal value, but have very different appraised values for tax purposes if one has been held by a long-term owner and another has sold more recently at current market value. Potentially, the tax bill could be a deterrent for tenants deciding to locate in a building if taxes are much lower in the property next door or down the street.

“There is an issue there, which is the genesis for a new movement in California for the split tax roll,” says Federle. The proposed change would keep residential under the Prop 13 approach, while commercial property would be assessed annually to market value. In theory, the change would level the playing field and create more even distribution of property taxes on commercial properties.

Tax laws have also been hotly debated in other states across the country in the past year, including Texas. Another factor that can change the tax environment is the election of new local tax officials. For example, in the last year Chicago elected a new tax assessor. That could potentially change the tax climate and decisions on how properties are valued, adds Radicevich.