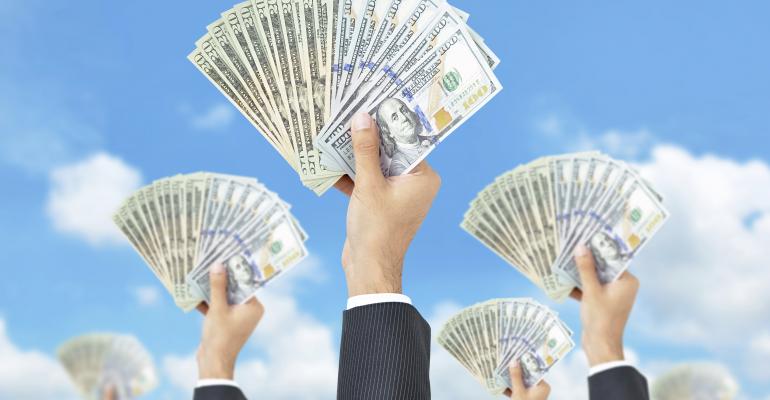 The big story in private equity real estate funds in recent years has been the rising volume of “dry powder” available as more capital continues to flow to the sector. According to London-based research firm Preqin, the $70 billion in global capital inflow during the first half of 2018 is the largest amount raised since the global financial crisis. That recent fundraising pushes the amount of dry powder to a new high of about $180 billion globally and $70 billion for North America-focused funds.

Preqin also reports that the private equity real estate fund industry has seen nine consecutive record-breaking years for deal making. However, the market will need a robust fourth quarter to keep that streak going. So far, global deal volume for the first three quarters of 2018 at $301 billion is lagging behind the $320 billion recorded for that same period a year ago. That data suggests that despite ample capital, fund managers are facing some headwinds when it comes to investing the money.

“What I find the most interesting is the way that debt is looking at things versus equity,” says Tom Shapiro, president of GTIS Partners, a real estate investment management firm. There have been record amounts of debt capital that have been raised and debt is pushing up into higher leverage positions due to the competition, while equity has been more discerning due to views that it is somewhat late cycle, he notes.

GTIS Partners does both equity and debt investing, but the firm has been slower to put out its debt capital of late, because of the extremely competitive environment. “We feel that people are not getting paid for the risk they are taking,” says Shapiro.

Although there is still strong borrower demand for debt, transaction volume and refinancing activity have been slowly declining over the last three years. That softening in demand comes amid the backdrop of more and more capital being raised each year for these debt funds, notes Ryan Krauch, a principal at Mesa West Capital in Los Angeles. Mesa West provides primarily first mortgage loans through its debt funds and managed accounts.

Only about 25 percent of the capital raised for debt funds in the past year has been deployed, which equates to about $40 billion in unplaced capital just in the past year, notes Krauch. “So, there is a lot of capital sitting on the sidelines both in debt and equity,” he says.

The good news is that the lending industry has remained fairly disciplined despite the increased competition. Metrics such as loan-to-value rations (LTVs), debt yields and debt service coverage ratios are all still below comparable levels from 2006 and 2007, and also below historical long-term averages, notes Krauch.

Increased competition over the past six to 12 months is driving down pricing and yield. In 2006 and 2007, the abundant capital in the sector resulted in lenders doing bad deals to achieve target yields. “Today, you’re not seeing that. In fact, it’s the opposite,” says Krauch. Lenders are willing to trade a lower return in order to maintain a decent structure and lower risk profile on assets. “That is certainly the healthier way to approach an influx of capital like we are seeing now,” he says. “The question is: will that discipline hold?”

The base rates on LIBOR and the 10-year Treasury have been going up, while the coupons on loans have been going down as spreads have compressed. Competition has forced some of the new debt fund managers to put forth some “loss leader” pricing to develop a track record to show investors and gain fundraising momentum, says Krauch. There was a lot of that activity in the first half of 2018, which created a very challenging environment. “We looked at that and stepped to the side and let some of that play out,” he says. However, some of that aggressive capital is starting to disappear as lenders get more realistic about pricing, he adds.

Most fund managers are maintaining a disciplined and patient approach to placing capital even as they scour the market to find viable deals. “I think strong managers are holding to their investment thesis and being very thoughtful about the types of investments they are pursuing,” says Jen Hutter, CEO of the KAP Group, an advisory services firm serving private equity funds. “There are investments to be made, but they are more complicated or come with an edge that a manager has to be willing to work through,” she adds.

Some fund managers have adjusted yield expectations amid lower cap rates. Return targets have come down in recent years for opportunistic and value-add funds to be more in line with the current climate, which investors expect at this point in the cycle, adds Hutter. Typical gross yields on opportunistic funds have dropped from about 20 percent three years ago to a range between 16 and 18 percent today, while value-add yields have dropped 100 to 200 basis points to average between 13 and 15 percent gross, she says.

GTIS Partners is very focused on multifamily, as well as single-family residential development and single-family rentals. Buying off market is one way to win deals in a highly competitive environment, but there aren’t any “cheap” bargains in the multifamily market these days, notes Shapiro. Even on off-market deals, sellers are pretty savvy, he adds.

The investment firm has been buying class-B multifamily assets that it can upgrade, boosting ROI. The firm focuses on buying assets in what it considers to be “A” locations, with good demographics and good supply and demand fundamentals and then renovating those projects. Those assets are more core and core-plus assets for income and a long-term hold strategy, notes Shapiro.

Looking ahead to 2019, the wildcard is whether investors will continue to put more money into private equity funds and push dry powder to even higher levels. Although there were some signs of slowing in third quarter fundraising, Preqin is forecasting more growth ahead for the global alternative assets industry in the near term, with assets under management (AUM) for real estate funds specifically that are expected to double from $600 billion globally at the end of 2017 to $1.2 trillion by the end of 2023.

Specific to debt funds, investors may recognize that the market is becoming saturated and start to pull back, notes Krauch. However, the counter point is that debt looks very attractive to many investors right now because of perceived risks on the equity side, given that it is late in the cycle and cap rates are still very low. “I think it will be a competitive environment next year, it will just be a question of how competitive and what happens with spreads,” he says.

One new investment option ahead for both private equity and debt investors is the potential to create new Opportunity Zone funds. “That is one of the biggest investment opportunities out there right now,” says Shapiro. In order to qualify for the incentive of reduced capital gains taxes, investors have to invest significant capital in improving assets and also be willing to hold assets longer to maximize tax savings—both of which fit GTIS Partners’ multifamily investing strategy.

However, investment in Opportunity Zones needs to be strategic, especially in this late stage cycle. For example, cities like Denver and Dallas are seeing significant job growth, whereas Chicago is experiencing a net migration out of the city. “So, you want to be very focused on where you think the stronger markets are going to be over the next five to 10 years, which is a very different investment thesis,” says Shapiro.