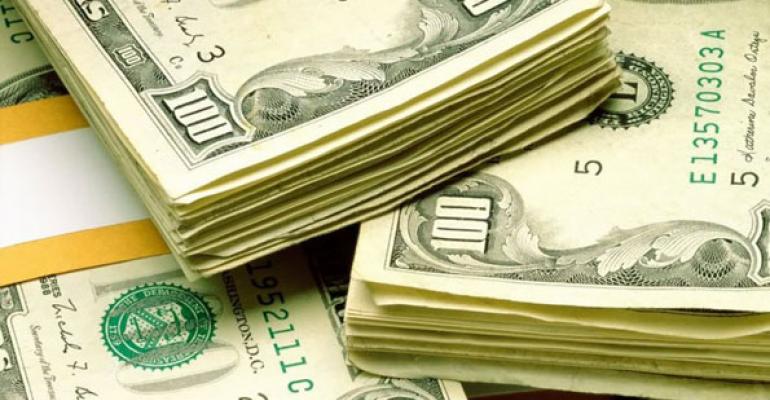 Results from the global Investment Intentions Survey 2018 co-published by PREA show that 56 percent of global investors plan to increase their exposure to real estate over the next 24 months.

Pension funds still have a healthy appetite for commercial real estate, with firms raising allocations even as industry returns decline.

“Institutions with large portfolios don’t turn on a dime, but there has definitely been a trend upwards in terms of allocations to real estate over the last five, six, seven years,” says Greg MacKinnon, director of research at the Pension Real Estate Association (PREA).

Results from the global Investment Intentions Survey 2018 co-published by PREA show that 56 percent of global investors plan to increase their exposure to real estate over the next 24 months, targeting an average 10.2 percent of total capital allocation.

The survey, which included responses from 320 investors and fund managers from 27 countries, estimates that institutional investors intended to commit at least $60 billion to real estate globally in 2018. Europe is expected to attract the greatest volume of institutional capital at 41percent, followed by North America at 35 percent and Asia-Pacific at 17 percent.

One of the simple reasons that allocations have been creeping higher is that commercial real estate continues to perform well compared to other asset classes, such as fixed income, stocks or venture capital alternatives, notes Mike McMenomy, global head of investor services for CBRE Global Investors. “In the pension fund CIO office, it’s all about relative value risk return,” he says.

The challenge for pension funds continues to be pushing capital out in a competitive marketplace. Many pension funds are below their target allocations even as they move to raise allocations. There are still plenty of opportunities to invest in commercial real estate, but they are more difficult to find, navigate and underwrite, notes McMenomy.

Real estate managers face a dual challenge of placing capital and also eking out some extra yield in an environment where returns are declining. According to NCREIF, total returns on commercial real estate investment have been falling ever since hitting a high of 13.3 percent in 2015. The most recent forecast calls for total returns, including income, of 6.2 percent in 2018 and 5.0 percent in 2019.

There are various strategies that pension funds are using to boost returns, such as expanding into secondary markets and property types that have not been as popular with institutional investors in the past, such as student housing, seniors housing, self-storage, medical office buildings and data centers. According to the Investment Intentions Survey, value-add has also eclipsed core as the more popular investing strategy for new capital, with 55 percent of respondents saying they have identified value-add strategies as the most attractive option for putting new capital to work in U.S. real estate.

Assuming that the U.S. economy continues to chug along, value-add projects stand to gain from that economic expansion, whereas there is less upside on fully leased core properties, adds MacKinnon.  “Typically, that is going to involve a little bit of extra risk, but there hasn’t been any real significant uptick in the attraction to opportunistic, which are the most risky strategies,” he says. “So, investors are willing to take one step up the risk ladder, but not too many steps.”

Core remains the “juggernaut” within a pension fund’s real estate portfolio, with core assets typically comprising more than half of real estate investments, says McMenomy. However, some investors believe that investing in assets that require some operating skill, such as repositioning, making physical improvements or working through a rent roll that has some short-term expiration, could yield a good risk-return component versus straight-up core, he says.

Some pension funds are harvesting gains in major metros and moving that capital into secondary markets, including Dallas, Chicago and Atlanta where they can realize higher returns. “Investors who are in the chair deploying capital still have memories of going into tertiary markets and that is not a popular strategy, but we think there is rationale to invest in well-buttressed secondary markets,” says McMenomy.

In addition, pension funds are showing increased interest in developing core properties, because they can achieve higher yields as compared to buying existing core assets. However, pension funds are looking to limit the risk by focusing on developments that don’t have a long-time horizon on completion. They are generally not getting involved in projects that might take three or four years to bring to fruition when the market conditions could be very different. Instead, they are focused on deals that can be completed and leased in 12 to 24 months.

Debt funds have also become increasingly popular. According to the Investor Intentions Survey, about one-fourth of investors expect to increase their allocation to debt over the next two years.

There are several ways to invest in debt up and down the capital stack, from core all the way up to opportunistic. “We think debt is a powerful component within the real estate sector of a portfolio given its current return dynamic, and the investment management industry has become very intelligent on how to deliver debt investment to satisfy different needs within the pension investor community,” says McMenomy.

Yet despite the continued appetite for real estate, pension fund allocations may be nearing a plateau—at least a temporary one. Some industry surveys suggest that levels of “dry powder” available to invest in commercial real estate are at all-time record highs in both the U.S. and globally, says McMenomy. “So, the deployment of that capital has been a bit slow, and the capital committed, although not deployed, will probably slow down allocations—at least the notional period-over-period allocations to real estate,” he says.