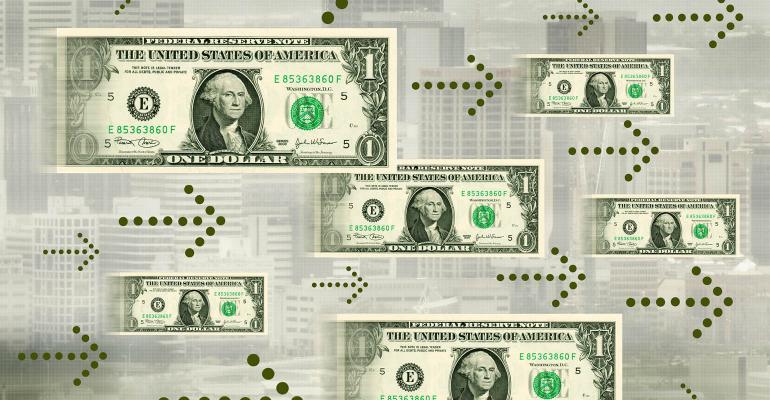 Not so long ago, the vision of high-net-worth (HNW) investors in commercial properties entailed doctors and lawyers passing the hat at the country club in an effort to buy an eight-unit apartment complex in town or the retail strip across the street from church. In recent years, however, this image has been washed away in a veritable flood of HNW capital propelled by increased sophistication and growing incentives.

Billionaires have long been a fixture in this landscape. For instance, the late Paul Allen’s Vulcan Real Estate has led the redevelopment of Seattle’s South Lake Union neighborhood with billions of dollars invested in 37 construction projects. These homegrown ultra-rich are complemented in U.S. commercial real estate acquisitions by the investments of sheiks from the Middle East, Chinese billionaires and other uber-wealthy foreign nationals. However, these family offices are essentially institutions themselves.

What has been new and different over the last several years is the powerful emergence of non-billionaire HNW investors as direct acquirers of large-scale commercial properties and meaningful investors in private equity real estate funds. This trend coincides with the dramatic concentration of U.S. wealth in fewer hands over the last two decades. It has been augmented by increased transparency in commercial property markets, concern over stock market volatility for investments in publicly-traded REITs and, more recently, enticing tax incentives for property investments. Another significant factor in the rising profile of the HNW investor is the growing influence of “alternative” wealth managers who invest their clients’ capital—sometimes pooled together to optimize buying power—in a custom-tailored suite of private equity investments, including commercial real estate funds and direct property investments.

These advisors and their clients believe that liquidity is over-valued, particularly for the very wealthy, and that the price premium placed on CUSIP’s is too significant. In the low-yield environment that has prevailed since 2011 and looks likely to continue, alternatives such as private equity, infrastructure investments and commercial real estate promise superior returns. Commercial properties offer strong cash flow, tax advantages underpinned by interest and depreciation deductions and the backing of hard assets.  With commercial real estate offering ever-increasing transparency and liquidity, many view this asset class as the least alternative of the “alts.”

Non-traded REITs and crowdfunding platforms have sprung up to compete for the dollars of individual investors, and these have made a significant impact in commercial real estate capital markets. However, many of these vehicles are laden with heavy fees. Savvy investors who are truly high-net-worth and have other options for putting money in commercial real estate have found these “Main Street” outlets unappealing. Increasingly, the evidence shows, HNW investors are turning to direct property acquisitions and closed-end funds.

A June 2018 study by CapGemini found that real estate is the third-largest asset class held by HNW investors, accounting for 16.8 percent of total portfolios, having risen 2.8 percent since 2017. In terms of direct investments in commercial real estate, research firm Real Capital Analytics measured a 28 percent increase in $2.5-million-plus property acquisitions by HNW investors through the first three quarters of 2018 in comparison to the same period a year ago. Similar growth has been witnessed in HNW commitments to real estate funds. A January 2018 survey by KPMG indicated that its respondents expect that, in 15 years, HNW investors will be the second largest source of fund capital, trailing only defined contribution pension plans—many of which are controlled by HNW investors in the form of 401(k) plans and self-directed IRA’s. Of course, this represents a dramatic turn of the tables with defined benefit plans, endowments and foundations declining into the single digits over the next decade and a half.

Most market participants don’t need these statistics to appreciate the impact that HNW investors are having in the market. In December, for instance, two different HNW investors outbid three institutional groups on a $100 million Houston industrial complex. The also-ran bidders, which included the author representing one of the nation’s largest state pension plans, are certainly feeling the rise of the HNW investor.