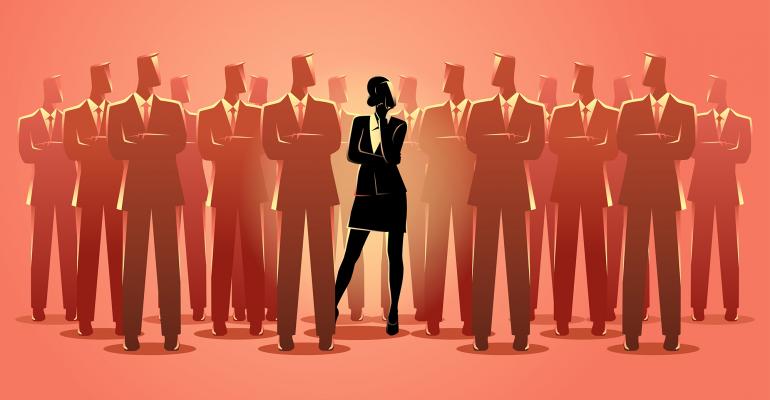 The complaint by the firm’s former president of the valuation and advisory practice group for the Americas Nicole Urquhart-Bradley bears some similarities to a lawsuit previously filed by Maria Sicola.

Nicole Urquhart-Bradley, an African-American woman who worked as Cushman & Wakefield’s president of the valuation and advisory practice group for the Americas, alleges that she faced racial and gender discrimination in trying to advance her career and that this discrimination underpinned her eventual—and seemingly sudden—firing earlier this year. The complaint was filed Tuesday in U.S. District Court for the District of Columbia.

“They like to say discrimination isn’t rational, and this is a pretty good example of that,” says Deborah Marcuse, Urquhart-Bradley’s lead counsel and managing partner at Sanford Heisler Sharp, a law firm that has filed three other discrimination complaints on behalf of former female executives against Cushman. (Two of those cases are ongoing and one was dismissed.) A press representative for the law firm said Urquhart-Bradley would be unavailable for comment at this time.

A Cushman & Wakefield spokesperson said the firm does not comment on litigation.

The allegations come amid the #MeToo movement and an increased focus on discrimination, harassment and abuse in politics and various business industries. The commercial real estate industry is still predominantly male. Nearly 73 percent of respondents to an NREI survey from earlier this year said that sexual discrimination persists in the industry, with one of the most frequently expressed complaints by female respondents centering around being paid significantly less than men in similar roles.

For example, in the complaint that in 2010 she faced resistance from then-CEO Jim Underhill when her supervisor, former Global Head of Valuation and Advisory , wanted to promote her to head of valuation and advisory for the Americas. The complaint alleges Underhill told Busi he did not think she “was right for the role.” At the time, Urquhart-Bradley and Busi attributed this to her race and gender and the suit alleges that when pressed Underhill was unable to point to performance-related reasons for his reluctance to go ahead with the move. She was ultimately promoted in 2010. Busi did not respond to a request for comment.

When Busi left Cushman & Wakefield for competitor Newmark Knight Frank in 2017, she took over his duties, but with a lesser title—she was not named as “global” division head, unlike Busi, a white male. “This decision by C&W is consistent with a pattern and practice of refusing to offer female executives global titles,” the complaint states. It cited one of the law firm’s other ongoing discrimination cases against Cushman & Wakefield, that of Maria Sicola, former head of research for the Americas, who sued for age and gender discrimination after she was terminated instead of promoted to a new global research position. She was replaced by a younger male employee with less experience.

According to Marcuse, as an African-American woman, Urquhart-Bradley faced “quotidian, sort of stereotypical, disrespectful utterances and actions with a certain amount of regularity.”

“Anybody who makes it to her position as an African-American woman has had to look past a whole lot of stuff to get there,” she adds. The complaint cites examples such as Urquhart-Bradley being told by a male executive to “stop whining” and “get with the program.”

In 2017, Urquhart-Bradley had been receiving calls about professional opportunities outside Cushman & Wakefield. The complaint states she received permission from John Santora, president of the tri-state region, to meet with two firms.

Busi, once his non-solicitation agreement was up, began recruiting other Cushman & Wakefield employees to join Newmark. Urquhart-Bradley helped in the effort to retain many of those recruited staffers. But now that she’s been let go, she is prohibited from working for any competitor because of a 12-month non-compete agreement, her lawyer said.

The 2018 Employee Benefits Survey, an annual survey of employers undertaken by the Society for Human Resource Management, found that 14 percent of executives are offered retention bonuses, as are 12 percent of non-executives.

“They could tolerate her right up until she asked for a tiny fraction of what her white male predecessor and even her subordinates received,” Marcuse says.