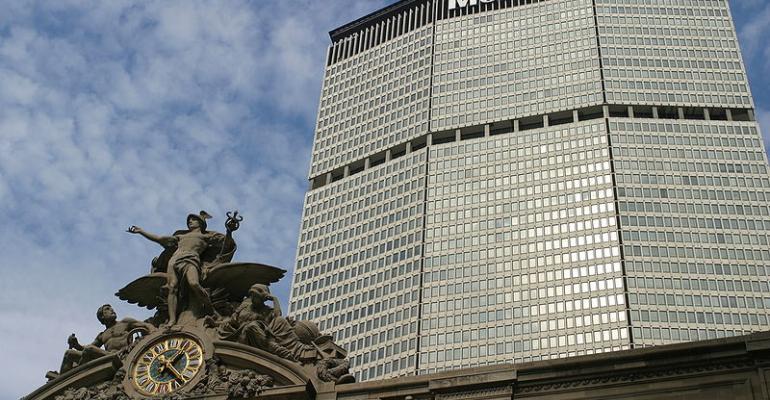 Although life companies are known for playing it safe when it comes to lending on commercial real estate, that narrow box hasn’t stopped them from doing big business in the space lately.

Many life companies reported robust lending volumes in 2015 and the expectation for the coming year is for commercial real estate lending to surpass those volumes.

“The life companies have boosted their allocations pretty much across the board,” says Michael Derk, a first vice president in the capital markets group at brokerage firm Marcus & Millichap. Life insurers are continuing to provide fairly conservative, low-leverage loans and are cautious about doing deals in secondary and tertiary markets. “But they will probably have the lowest rates around if it is a good quality asset and a good quality location with good sponsorship,” says Derk.

Last year Prudential Mortgage Capital Co. provided $14.6 billion in financing, which was driven by strong production in conventional agency loans and increasing originations in international loans. The company also announced it has as much as $15 billion available for financing in 2016. The general theme is that the real estate markets are still very healthy and fundamentally strong, and mortgages are delivering a premium relative to other fixed income alternatives, says Marcia Diaz, head of originations for Prudential Mortgage Capital.

“So as long as we can find the deals to do, we can try to feed the appetite.”

MetLife also had a big year in 2015 with its real estate investment group originating approximately $14.3 billion globally in commercial real estate loans, an 18 percent increase over the $12.1 billion originated the previous year. MetLife has set slightly higher production targets for 2016. Much of the allocation is due to the attractive relative value commercial mortgages provide, says Robert Merck, senior managing direction and global head of real estate at MetLife.

Commercial mortgages have historically provided around a 90 basis point spread over comparable corporate bonds, with much lower loss rates, according to Merck. Some of the higher production targets are due to MetLife’s growing investment management platform, which the firm launched in 2013.

Wider spreads in the CMBS market are creating more opportunities for life company lenders and banks. Back in 2006 and 2007, there was a lot of high quality business that went the CMBS route because the spreads in the sector were so low. That extreme price competition has disappeared and is sending more business to the life companies.

Yet it is getting more challenging for life insurers and other lenders to push capital out. There is still a good pace of transaction activity occurring, and refinancing demand is also expected to remain strong for the next few years. “But just in talking to our borrowers and the equity players, it is getting more difficult for them to find deals,” says Diaz. Cap rates continue to go down, which is making it more difficult for investors to buy properties and still hit their yield requirements, she adds.

A potential slowdown in transaction activity would impact the pipeline for life company lenders. And some of the transactions that are occurring have very “rich valuations” in the current market.

“So we do have to step back and see how much we want to lend here or there,” says Diaz.“My expectation is that there will still be plenty of activity, but it is going to be a little bit harder for lenders to find the right deals that they want to make their bets on.”

“We are definitely cognizant of the rising risk environment,” adds Merck. Volatility has been a key feature in the equity markets around the world this year, along with slowing global growth. MetLife is focused on providing commercial mortgages for higher quality commercial properties. “In the rising risk environment, we are also focused on ensuring we are comfortable with terms and downside stress scenarios,” he says.

For the most part, life company lenders are focusing on the four core sectors of office, industrial, retail and multifamily, as well as doing deals in the primary metropolitan regions.

“We stick to good relationships, and as our borrowers are moving to secondary markets to find more yield, we will follow them to some of those markets as relationship lenders. But, generally, we are not moving into smaller secondary and tertiary markets without those relationships,” notes Diaz.

So while 2016 is expected to be another strong production year, most life insurers remain very focused on managing risks, particularly in some property sectors and geographic areas that may be nearing the peak. In that regard, life companies will be keenly focused on “picking their spots”—going with the right borrowers and the right assets that can withstand a downturn, according to Diaz. Inevitably, that downturn is coming.

“It might not be 2016, but it is going to come in the next three years or so—that is just the way that markets work,” she says. So the focus is on making sure lenders are making the right investments that can withstand whatever the inevitable downturn is going to bring.