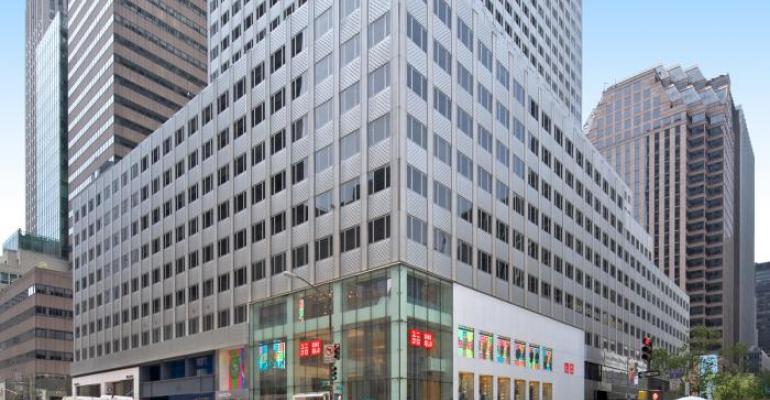 Kushners Set to Get $400 Million From Chinese on Marquee Tower

The planned $4-billion transaction includes terms that some real estate experts consider unusually favorable for the Kushners. It provides them with both a sizable cash payout from Anbang Insurance Group for a property that has struggled financially and an equity stake in a new partnership.

(Bloomberg)—A company owned by the family of Jared Kushner, President Donald Trump’s son-in-law and senior adviser, stands to receive more than $400 million from a prominent Chinese company that is investing in the Kushners’ marquee Manhattan office tower at 666 Fifth Ave.

The planned $4-billion transaction includes terms that some real estate experts consider unusually favorable for the Kushners. It provides them with both a sizable cash payout from Anbang Insurance Group for a property that has struggled financially and an equity stake in a new partnership.

The details of the agreement, which is being circulated to attract additional investors, were shared with Bloomberg. It would make business partners of Kushner Cos. and Anbang, whose murky links to the Chinese power structure have raised national security concerns over its U.S. investments. In the process, an existing mortgage owed by the Kushners will be slashed to about a fifth of its current amount.

The document offers a rare look at a major deal by a close Trump associate and family member. It’s unclear whether the deal could prompt federal review, as occurred when Anbang bought other properties, like the Waldorf Astoria Hotel in Manhattan. Anbang could also face review by the Chinese government, which has been clamping down on overseas investments and which has a range of pending issues with the Trump administration.

The proposed partnership is seeking additional participants through a controversial federal program known as EB-5, which is intended for economically distressed neighborhoods and provides residency permits to major foreign investors.

The deal would value the 41-story tower at $2.85 billion, the most ever for a single Manhattan building: $1.6 billion for the office section and $1.25 billion for the retail section. The new partnership will refinance $1.15 billion in existing mortgage debt.

"This is a huge, huge exit strategy for an office building," said Joshua Stein, a New York real estate lawyer. "It does sound like a home run of a transaction for Kushner and his group.”

Scott A. Singer, president of the Singer & Bassuk Organization, said the terms struck him as “aggressive but not absurd,” based on the net income and square footage metrics he was shown by Bloomberg. He said they were along the lines of what might be expected for a trophy asset at a prime location.

Kushner Cos. declined to discuss details of the plan or name the potential lenders or investors it is courting, saying the deal is not finalized. A company spokesman, James Yolles, said that Jared Kushner sold his ownership stake in 666 Fifth to family members so the transaction poses no conflict of interest with his White House role.

“Kushner Companies has taken significant steps to avoid potential conflicts and will continue to do so," Yolles said in a written statement.

Asked for comment, a White House spokeswoman said Kushner will recuse himself from any matter where his impartiality could be reasonably questioned, including an examination of the EB-5 program. Anbang declined comment.

Some government ethics experts argue that the Kushner family and business are so close-knit that the steps Jared Kushner has taken do not go far enough. Also at issue: as-of-yet undisclosed lenders who are financing the project and the forgiveness of a portion of a $250 million loan which will allow the debt to be cleared for one-fifth of its value.

"At the very least, this raises serious questions about the appearance of a conflict that arises from the possibility that the Kushners are getting a sweetheart deal," said Larry Noble, general counsel at the Campaign Legal Center. "A classic way you influence people is by financially helping their family."

The transaction would allow the Kushner Cos.’ investment in the tower to be salvaged by lenders and businesses that could have extensive dealings with the federal government, while also permitting the Kushners to buy back into the building’s more lucrative retail spaces and maintain a 20 percent stake.

The deal would allow Vornado Realty Trust -- which is partnered with Trump in his two most valuable properties -- to exit a troubled asset with a 10-fold payout on its stake in the building’s offices and a doubling of its investment in its stores. It declined to discuss the deal.

Steven Roth, chairman of Vornado, co-chairs a committee dedicated to one of the new administration’s signature campaign pledges: infrastructure investment. Vornado is the biggest property owner in the area surrounding Manhattan’s Pennsylvania Station and could benefit from increased infrastructure spending.

Anbang would pay a hefty price for both sections of the 666 Fifth Ave. project but score its first U.S. real estate investment of the year. The company’s ties to the Chinese government are sufficiently unclear that former President Barack Obama declined to stay at the Waldorf after Anbang bought it because of fears of espionage. Now Anbang will be business partners with in-laws of the First Family.

Kushner, who is married to Trump’s daughter Ivanka, has become something of a de facto envoy for the administration, and was present for a meeting between Yang Jiechi, China’s top diplomat, and his father-in-law at the end of February. As one of the president’s closest advisers, he could have input on a wide range of issues affecting China, from national security concerns and territorial disputes to trade matters and allegations of currency manipulation. There are discussions under way between China and the U.S. on a potential summit between Trump and Chinese President Xi Jinping to take place as early as next month.

The refinancing agreement is the latest twist in the history of a building that was Jared Kushner’s grandest conquest and nearly proved his downfall. In 2007, he purchased the tower for a then-record $1.8 billion. It was a move that signaled the company’s intention to expand beyond its extensive holdings in suburban garden apartments to more prestigious urban properties. Then the financial crisis hit. Four years later, with the investment teetering near insolvency, Vornado swooped in, getting a 49.5 percent stake in exchange for an $80 million capital injection. It then took on more of the tower in 2012, purchasing the retail spaces at the building’s base from Kushner and others for $707 million.

An unusual consideration in the refinancing plan is the proposal to pay off a part of the mortgage known as a "hope note," which was for $115 million when Kushner Cos refinanced its debt in 2011. The loan, which was made by Barclays Plc and has since been sold off to investors, is now valued at more than $250 million because of compounded interest. But according to the deal documents, the Kushners will settle the debt for just $50 million. The Kushners declined to discuss the agreement. LNR Partners LLC, which currently oversees the debt, declined to comment.

Anbang will pay for most of the building and take out a construction loan of more than $4 billion to convert the property’s higher floors into luxury residential units. The Kushners have agreed to invest $750 million in the retail portion of the building and will end up with a one-fifth stake in a project that the deal document says would be valued at $7.2 billion when completed. In addition to the $400 million from Anbang, the Kushners will receive another $100 million from other investors.

The plan also relies on the government program known as EB-5, which grants two-year visas and a path to permanent residency to foreigners who invest a minimum of $500,000 in projects that create jobs in economically distressed areas.

Supporters argue that the program, which is overwhelmingly used on deals involving Chinese investors, attracts foreign capital and creates jobs at no U.S. taxpayer cost. But some Homeland Security officials and the General Accounting Office have warned that lax vetting has threatened to turn the program into a mechanism for the government to sell visas to wealthy foreigners with no proven skills, paving the way for money laundering and compromising national security.

It has been used to finance high-profile developments in wealthy enclaves, however, including Brooklyn’s Barclays Center and Hudson Yards. The deal for 666 Fifth Avenue, on one of the world’s most expensive shopping strips, blocks from Trump Tower, would arguably be the toniest location for an EB-5 project yet. The $850 million in EB-5 funding sought in the refinancing plan for 666 Fifth Avenue would be the largest to date.

Congress is now considering whether to renew the program and adopt new restrictions to deter the misuse of the program. The White House will ultimately be involved in that decision.