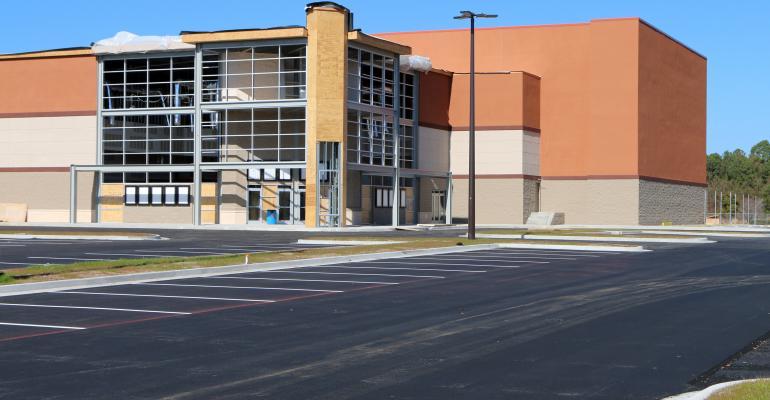 Corporations are taking advantage of what remains a “pretty hot market” for sale-leaseback transactions.

Corporations that are pushing owned real estate off their books are fueling a surge in sale-leaseback activity. According to Real Capital Analytics (RCA), a New York City-based research firm, corporate sales of single-tenant assets valued at $2.5 million or higher jumped 32.5 percent in 2017 to total $12.4 billion.

“While both public and private companies have been utilizing sale-leasebacks as a capital allocation tool for years, there has been an uptick in recent activity with a strong 2017 that’s carried into 2018,” says Scott Merkle, a senior director at the Stan Johnson Co., a net lease brokerage, in New York City. Activity is being driven by a variety of factors, ranging from changes in corporate strategy as it relates to owning real estate to an incredibly attractive cap rate environment, he adds.

“In comparison to last year, we’re starting out much stronger than we were last year by far,” agrees Guy Ponticiello, managing director of the corporate capital markets team with real estate services firm CBRE. CBRE has been awarded almost $1 billion in sale-leaseback assignments in the first quarter, including a large portfolio transaction the firm is currently marketing for BMO Harris Bank.

Corporations are taking advantage of what remains a “pretty hot market” for sale-leaseback transactions, adds Ponticiello. Sale-leaseback properties are perceived as annuity, bond-like investments due to the long-term triple net leases.

In addition, pricing is still aggressive even as interest rates have started to move higher. “On the deals that we are doing right now I’m seeing some of the lowest cap rates on the credit and the product that I have seen in a long time,” says Ponticiello. Industrial properties are seeing some of the lowest cap rates due to the investor demand for that property type, while buyers are also more aggressive in buying healthcare assets.

Pricing does vary widely based on tenant credit. However, there is demand up and down the credit spectrum. “Where we’re seeing some caution is related to specific pockets, such as big-box retail and suburban office,” says Merkle. However, by-and-large, the sale-leaseback acquisition environment remains strong, with a broad-based set of investors pursuing opportunities.

The buyer pool has changed quite a bit over the last three years. Net lease funds backed by institutional capital continue to be very active buyers, while REIT buying has slowed. According to CBRE, REITs bought one-third of all sale-leasebacks in 2013, whereas data from 2016 shows that buying activity dropped to 12 percent. There has been a noticeable drop-off for REIT activity due to the in stock prices and higher cost of capital, notes Ponticiello. The flip side of that is that foreign investors have stepped up and became more active buyers of corporate single-tenant assets. “That has helped to pick up some of the slack from the REITs,” he says.

Corporations are motivated to “monetize” assets for a variety of reasons. Certainly, sellers can use that capital to finance operations and expansion, as well as add value for shareholders, notes Byron Carlock, U.S. real estate practice leader for PwC. “The biggest story is that users are rethinking the way that they need and use space,” he says.

Sale-leaseback conversations are being prompted by a convergence of several trends, such as the emphasis on workplace design and offering employees a cool place to work. Another driver involves new lease accounting rules that require companies to put leases on their balance sheets as debt. That change is forcing users to ask more pointed questions about whether or not they need all of that space, as well as what their bigger occupier strategy is as it relates to their business, he adds.

According to a new report from PwC on “Unlocking Shareholder Value: Real Estate Monetization Strategies,” sale-leasebacks are one of the options that real estate-heavy companies are considering to fund core operations and expansion plans along with realizing value for shareholders. Other options include non-recourse financing or REIT conversions.

In addition, some corporations are giving sale-leasebacks more thought now with a view that the window of opportunity may soon be closing as interest rates move higher. Given rising rates, one would expect more upward pressure on cap rates. That has yet to happen, in part because there is still a lot of capital looking for a home, says Ponticiello. “But I do think we need to keep a watchful eye on interest rates ahead as rates will play a role on how deals get priced,” he says.

Editor's Note: The original version of this article gave an incorrect figure for corporate sales of single-tenant assets in 2017. The figure, quoted in the first paragraph of the story, has since been updated.
TAGS: News
0 comments
Hide comments
Related
Sponsored