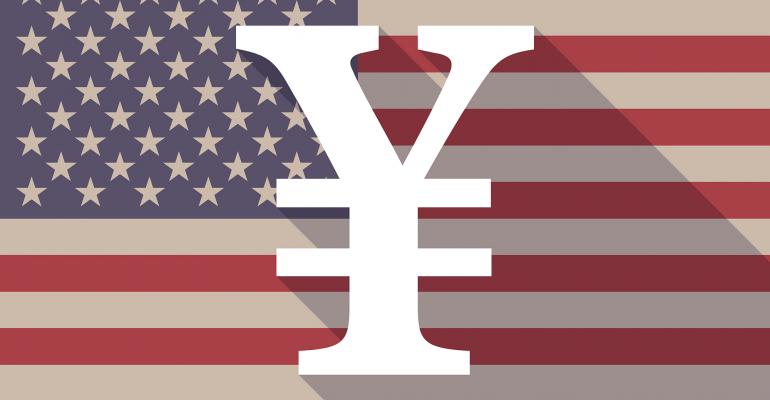 How One Fund is Helping Japanese Institutions Invest in U.S. CRE

Reven Capital has set a goal of acquiring up to $2 billion in core U.S. real estate assets by the end of 2022.

Cross-border investment into the U.S. is well below the pre-pandemic pace, but foreign institutions hungry for yield are still circling the market looking for buying opportunities.

Demand from Asian buyers is keeping Reven Capital hopping these days. The firm is the new U.S. acquisition and operations partner for Tokyo-based GI Capital Management Ltd. Reven Capital has set an ambitious goal of buying about $2 billion in core assets by the end of 2022. The interesting story is the tremendous appetite from pension funds, insurance companies and sovereign wealth funds in Asia that are looking for cash-flow yield, says Chad Carpenter, chairman and CEO or Reven Capital. “They are looking for yield plays. Anything on the back-end is gravy, but the main investment criteria is really the average cash-on-cash return over the hold period,” he says.

Japanese institutions are looking at U.S. real estate similar to a fixed-income bond investment. They recognize that they can get higher yields buying real estate with a credit tenant versus the corporate bond, adds Carpenter. Carpenter is a real estate industry veteran with more than 25 years of real estate investing and operating experience. He has sponsored four private real estate equity funds, and he also founded Reven Housing REIT in 2012, which he later sold in 2019. WMRE recently talked with Carpenter about his strategy to acquire core real estate assets on behalf of his foreign clients.

Related: U.S. Apartments Have Risen to the Top of Foreign Investors’ Wish Lists

WMRE: Is the $2 billion a firm target? 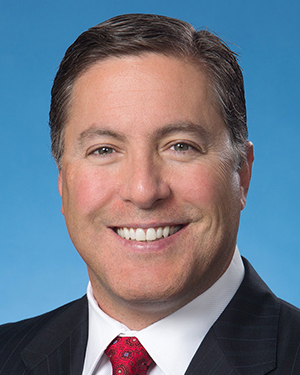 Chad Carpenter: We set $2 billion as a goal. We can invest more if we find deals that fit, and if we cannot find enough deals, then we will not hit our goal and invest less. So, the lever could move up or down depending on our success, and that success will depend on the competition we face—how many other core buyers and core funds are out there, and how much they are pushing down cap rates. We can buy a lot more than that, the capital is available, but I’ve got to deliver a certain minimum cash-on-cash return after debt service.

WMRE: Who are you raising capital from, and what’s the structure?

Chad Carpenter: We have partnered with GI Capital Management. They represent institutional investors in Asia that are looking to allocate core capital in the U.S.  Reven Capital is the U.S. acquisition/operations partner. We currently work on deal by deal and create separate entities for each deal.

WMRE: Can you expand on your investment criteria? What types of assets are you looking to buy?

Chad Carpenter: Primarily we’re looking at single or multi-tenant assets that have a minimum of 50 percent of the asset leased to a credit tenant, BBB+ and up, for 10+ years. Property types include industrial, office, medical office or life science deals and student housing all in Tier 1 or 2 markets.

WMRE: That seems to be a pretty broad target.

Chad Carpenter: It really comes down to the credit tenant piece of it. Most of the deals that we’re underwriting are industrial and office. We haven’t seen a lot of life science deals. We do see a lot of student housing, but a lot of those involve smaller deals. We’re working with different pension funds in Asia. Two want student housing, and another sovereign wealth fund wants both. So, we’re working with a couple different investors when we get deals, and typically one of these investors will fund the entire deal.

WMRE: What size deals are you targeting?

Chad Carpenter: Our ideal deal size is placing between $40 million to 80 million in equity per deal. So, that would be $100 million to $200 million on a leveraged basis, but we can also invest in larger deals. The biggest deal that we have offered on so far is about $230 million on an industrial credit tenant leaseback. We made it to the best and final, but it turned out we were the lowest offer. The deal ended up going for $270 million and the cap rate really got compressed. It was a brand new property leased to a great tenant with a long-term lease. It literally sold for double replacement cost.

A lot of these investors are pushing cap rates down because they can get lower debt costs today, or maybe they’re solving to a lower cash-on-cash in a core fund. But when you start paying double replacement cost, because you were able to get cheap debt, you do run risks down the road. If that tenant doesn’t renew and if you can’t replace with another credit tenant, and if interest rates are up significantly on the back end of say a 12-year lease, you could get wiped out on the equity side.

WMRE: Where are you seeing, or do you expect to see, the best buying opportunities?

Chad Carpenter: We have reviewed hundreds of deals and have offered on only 15 deals so far with total value over $2 billion.  We have only made best and final in four deals and did not win any of the deals due to other core buyers paying much higher prices. We are seeing deals all over the U.S. in major cities and universities for the student housing opportunities. We are seeing very low cap rates for the new credit tenant deals which seem to be preferred by most core investors. A lot of the opportunities we have found and offered on are all great—except for the low cap rates.

Chad Carpenter: We are targeting a leveraged 8 percent average cash-on-cash return on equity after expenses, debt and reserves before ownership costs. This is achievable at a 4.5 cap if we don’t need to reserve much capital with low interest rate terms, but if interest rates go up then cap rates need to go up.

WMRE: Obviously, it is a competitive market. How tough is it to deploy this capital?

Chad Carpenter: It is the hardest that I have ever seen it in my career. I just read an article in the The Wall Street Journal that there were the most commercial real estate transactions in the last quarter than ever recorded. So, it’s super competitive and there is a lot of money moving into core. The reason behind that is simple. Interest rates are low. You have billions, if not trillions, of dollars in fixed income investments that are making no money. People are increasing allocations to alternative investments and real assets, which is bringing more capital in to look at real estate for yield. The result is lower cap rates and higher sales volumes and more competition. When we work on opportunistic hotels or office, there’s a lot less competition, because there are a lot less buyers for opportunistic.

WMRE: What are you seeing for cap rates?

Chad Carpenter: Crazy cap rates. We’re hearing of deals sub 3 percent for industrial in L.A. It just makes no sense. The money right now is in multifamily and industrial development, because you can build to a higher cap rate and sell at a much lower cap rate.

WMRE: What do you think is going to be the secret to pushing capital out in this competitive market?

Chad Carpenter: One of the strategies that we’re now deploying is that we’re looking to provide development equity to industrial developers. We’re willing to take the development risk, because there is such a spread in the cap rates. We can’t compete against these 4 cap and under buyers. That doesn’t work for the disciplined capital I’m working with.

WMRE: Overall, what are you hearing from your foreign investor clients. Has the pandemic altered their perception of the U.S. real estate market?

Chad Carpenter: We are hearing there is strong demand for U.S. core real estate because there are less opportunities in Asia, and of course there is also political risk in many markets. The U.S. is perceived as the safest place to invest than other markets. Even though there is less political risk in Japan and South Korea, they are smaller markets. So, it’s really hard to find deals. They have to look in bigger sandboxes, and the U.S. is the preferred target for deal flow. They like Europe too, but they’re running into the same problem with low cap rates.

The pandemic hasn’t altered their perception from a real estate allocation standpoint. They are very bullish on the U.S., but also very disciplined.  Their views are to not chase low cap rates but invest as much as we can in deals that fit our investment criteria and return criteria.