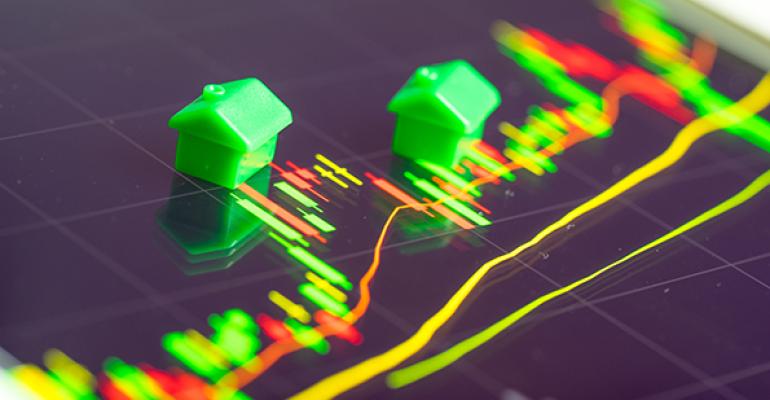 There are many factors across the country—most are socioeconomic at their core—that will have tremendous impact on real estate markets over the next 12 months. Although most of the factors are national in scope, others are global. All are converging to alter the flow of real estate investment in the U.S. in certain sectors while growing development in other ways that had previously been nascent.

Take the economic uncertainties and geopolitical issues around the world. Stock markets have been highly volatile and international currencies are in trouble, the IMF has revised GDP growth downward for many countries in 2016-17. The potential for global economic deceleration will lead to weakened exports, which in turn could lead to smaller infrastructure investment in ports. In addition, it is unclear how long global capital from China, the Middle East and Europe will find the U.S. an attractive investment.

Energy markets are also unstable. Saudi Arabia’s debt was downgraded by Moody’s in the wake of the crash in oil prices; oil production here is at its lowest level in 50 years, affecting regional employment and economies, which in turn affect real estate. Lenders are restricting commercial real estate debt in some regions, such as North Dakota and Houston.

Of course, without lending there can be no real estate development. Available commercial real estate capital is becoming tighter (regulators are telling lenders to curtail commercial real estate lending, which represents a significant portion of the debt market), and the mortgage-backed securities markets are slowing down, with no legislative remediation measures in place. On top of that, many insurance companies that traditionally invest in real estate are approaching their allocation limits in that asset class. Competition for capital will likely lead to a more restrictive lending environment, which could present opportunities for less regulated lenders (i.e. private equity, sovereign wealth funds, etc.) to enter the market.

There are demographic and economic shifts that are reshaping real estate demand, fueled by the baby boomers and the Millennials, who have now eclipsed their elders in terms of sheer numbers. These populations’ evolving needs, income constraints and expectations are driving several trends:

Younger Millennials are lagging behind in terms of income and/or are saddled with burdensome student debt; many are opting to live with their parents for longer time frames and are therefore delaying entry into the rental or ownership markets.

The trend of aging in place means retirees are seeking living options that include medical, assisting living and memory care services.

The economic downturn/Great Recession has led to greater demand for rental properties, which persists today in the face of stagnant wages and a struggling middle class.

Despite their age and lifestyle disparities, both boomers and Millennials are competing for the same housing in many of the same areas, generating demand for multifamily development with attractive amenities.

The drive toward high-density housing is also reflected in how strongly urban areas are attracting people of all ages because of the transportation options, walkability and broad work/live/play offerings. These factors are being mirrored by the growth of urban mixed-use developments that attract new tenants and businesses (Chicago’s West Loop and Austin’s The Domain are good examples; they offer luxury living, retail, work and entertainment, as well as parks and gathering spaces.)

Suburbs are increasingly pressured in turn to similarly “urbanize” to meet this market demand.

The wage gap disparities in America and cries of the disappearing middle class are highlighted in a recent Pew Research study. It reveals that the median income for middle class households fell by nearly 5 percent between 2000 and 2014, and their median wealth (assets minus debt) declined by 28 percent after the housing market crisis and the subsequent recession. Meanwhile, costs have risen dramatically for many big-ticket items, such as college tuition and out-of-pocket healthcare expenses. Americans are saving less and an assured comfortable retirement is fraught with concerns over rising costs and declining pension plans. At the same time, the Millennial generation is falling behind in assets and income, with many, as noted above, coping with student debt.

Affordability and credit constraints are challenging both the rental and home ownership markets. It’s harder for many prospective households to qualify for a mortgage, which has fueled increasing demand for rental property. Even as multifamily development continues, supply and demand have caused rents to outpace many tenants’ incomes. This affordability issue is affecting where younger workers will be able to live—and possibly affect where businesses locate. Builders are beginning to target “starter homes” and micro apartments are meeting the demand for affordable housing for Millennials.

These pressures have also caused the retail sector to experience transitions: middle-market legacy brands are feeling the pinch of reduced purchasing power brought on by stagnant wages and threats from increased online shopping. Major retailers are closing stores, downsizing their footprints and moving to more online activity. In response, malls are adapting by creating “experiential” mixed-use destinations, reimagining their properties to incorporate shopping, dining, entertainment, service options, showroom spaces, high-end food courts and recreation venues. The stress on the middle-market retailers is driving growth in the low end (dollar stores, discounters), while the luxury end of the spectrum remains strong.

The commercial market is also seeing changes due to the growth of the sharing economy, as shared and virtual office spaces become bigger factors in the office sector; it will be interesting to see how developers and building owners respond to this new tenanting model.

Michael P. Hedden is managing director of FTI Consulting Inc., based in New York City. He is a member of The Counselors of Real Estate. You can contact him at [email protected].

The views expressed in the article are held by the authors and are not necessarily representative of FTI Consulting, Inc., its management, its subsidiaries, its affiliates and its other professionals.