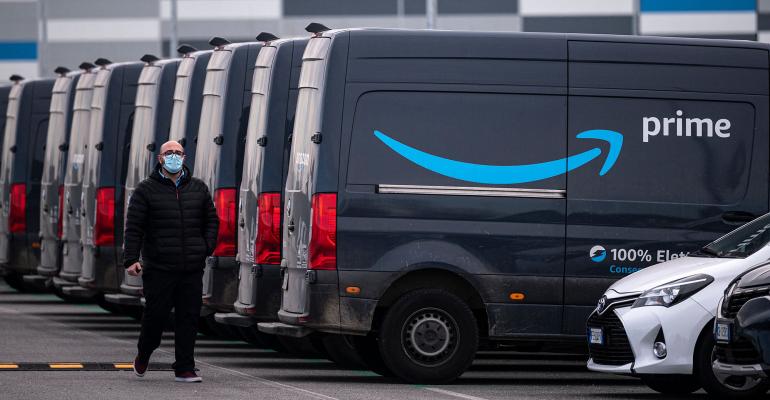 (Bloomberg)—Real estate focused investment firm GCP said it closed a $2.3 billion fund that will be used to buy and operate warehouses tied to logistics and e-commerce.

The fund has already acquired about 25 million square feet of real estate and will look to buy about 25 million more, GCP Chief Executive Officer Alan Yang said in an interview. Los Angeles-based GCP is aiming to own about 100 properties in the fund.

GCP spun out of Singapore-based investment manager GLP in 2019 following Blackstone Group Inc.’s $18.7 billion acquisition of GLP’s U.S.-based assets. Yang, who was GLP’s chief investment officer, founded GCP after it took on $1.1 billion of GLP assets that weren’t part of the Blackstone deal.

GLP is a limited partner in GCP, alongside other investors including Goldman Sachs Group Inc. and several pension funds, according to people familiar with the matter who asked not to be identified because the information was private. Representatives for GLP and Goldman Sachs couldn’t be reached for comment.

Yang, who founded the firm with former colleagues from Blackstone where he worked earlier in his career, said he’s betting on e-commerce to keep driving the need for warehouses to help in the last-mile delivery of goods.

“Logistics 1.0 was about delivering wholesale goods,” Yang said. “Logistics 2.0 is now about retail and direct to consumer -- getting goods to people’s doorsteps for the lowest price and least amount of time.”

The GCP fund will focus on real estate logistics, investing and acquiring warehouses and other facilities in key markets across the U.S., chiefly Seattle, Los Angeles, Miami, Portland and the northeast corridor via eastern Pennsylvania.

GCP also owns and operates Modlo, a logistics platform founded in 2019 that operates its properties and serves as its consumer-facing brand. Modlo’s clients include Amazon.com Inc., which leases a Seattle property that was custom-built for the e-commerce giant, Yang said. Other big clients include Keurig, Dr. Pepper, DHL and FedEx, he said.

One of GCP’s largest deals was a $308 million portfolio of properties in Pennsylvania and Central California that it bought from USAA. It has invested about 60% of the fund and will start raising its next one when 75% of it is deployed, Yang said.

“How we designed GCP and the fund is that it can go anywhere on the risk spectrum,” Yang said. “We’re agnostic to specific deal size or market.”

Yang said that the fund is targeting mid-teens returns for the fund.