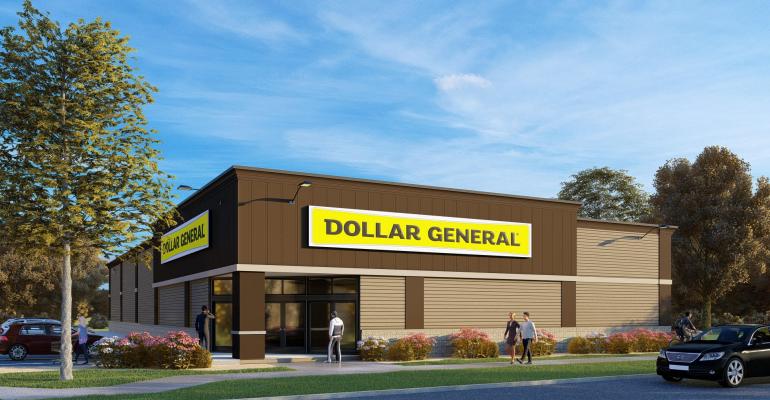 Dollar General, coming off its 31st consecutive quarter of same-store sales growth, looks not to be slowing down, but to be continuing at this incredible growth clip.

Over the past 12 months (2019) Dollar General Corporation opened 975 new locations, remodeled 1,000, and relocated 100 into newly developed single tenant properties. For those that have not been following Dollar General over the past few years, these numbers are surely impressive, especially when juxtaposed to the widely documented and so-called retail apocalypse (renaissance). This rate of growth however has been the half decade trend for this Fortune 500 (#123), Investment Grade behemoth and undisputed leader within the Dollar Store Market. Dollar General, coming off its 31st consecutive quarter of same-store sales growth, looks not to be slowing down, but to be continuing at this incredible growth clip.

With a store count greater than that of McDonalds US operations at 16,000 plus, seventy five percent (75%) of Americans live within 5 miles of a Dollar General store (per GlobalData Retail), whose goal is to cater to underserved communities and customers. By this year’s end (2020) Dollar General will have opened stores in Wyoming and Washington, bringing their operational footprint total to forty-six (46) states, and will have added an estimated additional 1,000 locations. This is the direct result of offering products that are an estimated 20% - 40% cheaper than their grocery and drug stores competitors (per Business Insider).

While brick and mortar growth is a current constant, the expansion of their consumer demographic is of great interest as well. The acquisition of customers in the sought after 21 to 37 year age range (their average shopper is 35 to 55) will depend on their digital experience growth, by way of the convenience factor. Dollar General has recently launched several initiatives which seem to already be paying dividends as they report that upwards of 45% of their customers already use their digital apps or those of other companies.

DG GO! Mobile app is the foundation of this digital strategy, and the conduit to their digital functioning tools. Already having a Cart Calculator (allows product scanning via your personal phone), Coupon Push notifications, and with Mobile Checkout now being rolled out, I feel their latest test of BOPIS will be their most valuable digital tool. BOPIS, which stands for “Buy Online Pick Up in Store”, will add another level of convenience for their consumer base. Not only is Dollar General now able to cater to the Cost-Conscious shopper but also the Time-Conscious shopper. CEO of Dabbl, Susan O’Neal, says that if this can work for McDonald’s and Starbucks, it can work for Dollar General Corporation, which states that a “digitally engaged customer” spends twice as much as the average checkout receipt.

Dollar General Corporation’s focus on convenience has allowed it not only to survive the proliferation of the online sales (The Age of Amazon), but thrive, and it’s this convenience that will keep it strong for many years to come. For real estate investors, the copious Dollar Generals on market offer an opportunity to own an investment grade tenant, with an owner friendly absolute NNN lease. Opportunities to invest in now 46 different states, at purchase prices lower than the national average for single tenant net lease properties, and at above average cap rates. Dollar General properties have become the most actively traded net lease asset over the past 5 years, and easy to see why this will continue to ring true in 2020.

Bryan Bender is a Managing Partner at Fortis Net Lease, where he has personally sold over 850 Dollar General Stores. He is also the owner of www.DollarStoreProperties.com.
Learn more at www.FortisNetLease.com.