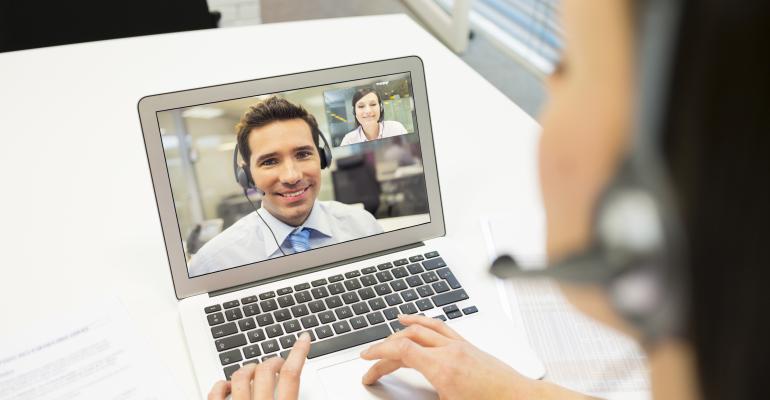 The rapid spread of COVID-19 is causing deals to break down and firms to cancel attending upcoming conferences (when those conferences haven’t been cancelled altogether, that is), according to industry sources. And that was the case last week, before many states and cities began closing schools and unrolling strict measures on what businesses should remain open in the coming weeks and months.

“We just had a deal die—single-tenant industrial building that a client was under contract to purchase,” says Shlomi Ronen, principal at Dekel Capital, an investment bank focused on capital market advisory and private equity in commercial real estate. “The tenant’s stock declined significantly over the last week and the sponsor got cold feet.”

Several industry conferences have already been cancelled and Marcus & Millichap is considering each event from here on out on a case-by-case basis, according to John Chang, senior vice president and national director of research services with the brokerage firm. “There are many cases where face-to-face meetings are not required and will likely not take place while the spread of the coronavirus is a significant issue,” he says.

ICSC has postponed its RECon 2020 conference, one of the biggest annual events in commercial real estate, to the second half of the year due to COVID-19.

Commercial real estate services firm Avison Young is also avoiding non-essential business travel “unless it is absolutely business critical”. The company announced it will postpone near-term internal meetings and attendance of outside conferences, including Urban Land Institute’s spring meeting in May 2020. Company employees are still meeting face-to-face, but are using video conferencing whenever possible and the firm is supporting its personnel with options to work from home. (On Monday, Avison Young asked its employees to work from home and only come into the office if it was absolutely necessary).

Dekel Capital is limiting business travel to essential trips, but has decided to not “cancel face-to-face meetings,” according to Ronen.

Despite the virus halting upcoming conferences and decreasing the frequency of face-to-face meetings, industry sources still say investment sales activity should remain positive. Recent interest rate cuts should support refinancing and acquisition activity, as the reduced cost of capital has not translated to elevated property valuations or lower cap rates. The lending market remains active and open for business, notes Ronen. And although lenders have widened their spreads, investors have been able to lock in debt in the three percent range, depending on the their credit history and asset quality, according to a Marcus & Millichap report on the coronavirus implications for real estate.

According to Chang, at Marcus & Millichap, “We have seen increased caution from investors, as well as buyers reevaluating their financing options as part of the transaction, but not a substantive pullback in the market. That said, we are still in the early stages. The yield spread between the average cap rate and the 10-year Treasury has expanded to its widest point in over 30 years, creating a unique investment opportunity. While the stock market has faced a steep correction, real estate remains positioned for relatively steady momentum, so there is a possibility that real estate investments will not see a major setback like the stock market.