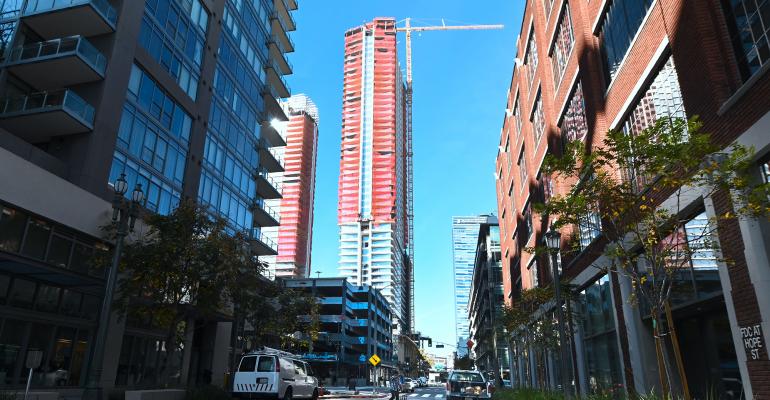 The Beijing-based company plans to sell assets that won’t generate immediate revenue or haven’t been seized by creditors.

(Bloomberg)—Developer China Oceanwide Holdings Ltd. is trying to generate cash by selling properties in New York and Hawaii, as it works to revive a massive Los Angeles project that’s been frozen in mid-construction for three years.

The Beijing-based company plans to sell assets that won’t generate immediate revenue -- or haven’t been seized by creditors -- “and reserve resources to develop the LA project,” according to an annual filing in Hong Kong. Oceanwide has spent about $3.5 billion on U.S. real estate developments.

Oceanwide is one of the largest Chinese-based property investors that have struggled overseas since the Beijing regime restricted international capital flows in 2018, even before last year’s tightened credit policies threatened Mainland China real estate firms. At least a dozen developers, including China Evergrande Group, have faced default or delayed financial reporting as they battle massive debts.

“Amidst the unclear prospect of economic recovery and strict regulations on real estate development industry, the Group’s liquidity issues will unavoidably prolong in 2022,” Oceanwide said in the filing.

Oceanwide’s three-tower downtown Los Angeles project is a mix of residential and hotel space near the Crypto.com arena where the National Basketball Association’s Lakers and Clippers play. Construction ground to a halt in 2019 as contractors complained they hadn’t been paid. Oceanwide recorded a $177.5 million impairment last year on the project, in which it has invested $1.19 billion, the filing shows.

Founded in 1985 by Lu Zhiqiang, Oceanwide started as a property developer and grew into one of China’s largest conglomerates, with investments in banking, insurance, energy, media and technology. Over the past decade, it joined the rush of Chinese investors pouring more than $235 billion into overseas acquisitions, ranging from trophy hotels to Hollywood film studios.

It recorded a $214.9 million impairment on a site at 80 South St. in Lower Manhattan in which it has invested $410 million. The property was put up for sale in October by real estate brokerage Colliers.

Oceanwide reported impairments totaling $90.5 million in 2021 on development sites in Oahu, Hawaii, in which it had invested $653.3 million. It reached deals to sell a parcel for $92.9 million this month and a separate property for $23.3 million in December, according to the filing.

Oceanwide lost a San Francisco project, in which it invested $1.3 billion, last year after it was seized by lenders.