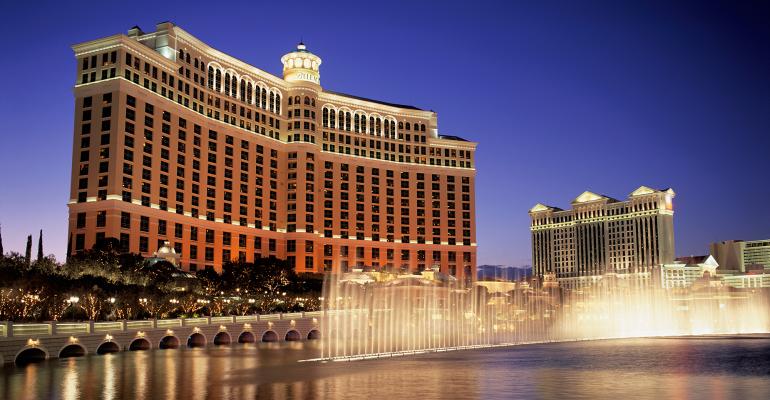 Fueled by billions of dollars from affluent individuals, Blackstone Real Estate Income Trust has become one of the firm’s top profit drivers, expanding property investing in private markets to the masses. Now, the money machine is facing its biggest test. Rising interest rates threaten to drag down property values and make cheap debt harder to come by.

(Bloomberg)—In just over five years, a Blackstone Inc. real estate fund for small investors has turned into a $70 billion force in the US economy.

Unlike with many real estate investment trusts, its shares don't trade on exchanges. But fueled by billions of dollars from affluent individuals, Blackstone Real Estate Income Trust has become one of the firm’s top profit drivers, expanding property investing in private markets to the masses.

Now, the money machine is facing its biggest test. Rising interest rates threaten to drag down property values and make cheap debt harder to come by. The Federal Reserve hiked its key rate by another 75 basis points on Wednesday and said “ongoing increases” will likely be needed.

Even though the BREIT strategy is outperforming stocks — total net returns for its most popular share class were 9.3% in the nine months ended September — inflows are slowing and redemptions are up.

Wealth advisers at some banks are growing cautious about client exposure to more illiquid investments. At UBS Group AG, some advisers have been shaving their exposure to BREIT after the fund’s massive growth made it too big a piece of clients’ savings, according to people close to the bank. Staffers at Bank of America Corp.’s Merrill Lynch have been reviewing client portfolios more closely in this market to assess customers’ exposure to REITs that don’t trade on exchanges, other people said.

After years of attracting investors chasing yield at a time of rock-bottom interest rates, BREIT is coming under new pressure. It has thresholds on how much money investors can take out, meaning if too many people head for the exits, it may have to restrict withdrawals or raise its limits.

BREIT was built to weather challenging markets, said  Nadeem Meghji, head of Blackstone Real Estate Americas, with its portfolio heavily weighted toward rental housing and warehouse assets in the US Sun Belt.

“This is exactly what you want to own in an environment like we are in today,” he said in a statement.

The REIT has piled into $21 billion worth of interest-rate swaps this year to hedge against higher debt costs. Such swaps have appreciated by $4.4 billion, helping to buoy the portfolio’s overall value.

BREIT “is operated with substantial liquidity and is structured to never be a forced seller of assets,” Meghji said. “All of this enables BREIT to deliver outstanding performance for its investors.”

Blackstone executives are personally invested: President Jon Gray has put $100 million more of his own money in BREIT since July, as has Chief Executive Officer Steve Schwarzman, according to a person close to the company. All told, the firm’s employees have some $1.1 billion of their own money in the REIT.

Still, money going into BREIT fell sharply in the third quarter. It took in $1.2 billion in net flows, down from roughly $7.7 billion in the year-earlier period. Investors added about 50% less new money. Withdrawals have risen approximately 15-fold. A chunk of redemptions have been tied to Asian investors seeking cash in volatile markets, the person close to the firm said.

Blackstone set up BREIT as a semi-liquid product. It has an overall limit on investors cashing out of 2% of the fund’s net asset value each month, or 5% each quarter, although the fund’s board has final discretion to raise or lower these thresholds. In June, the most recent date where monthly data was publicly available, the REIT had redemption requests of 1.96% of the fund. If BREIT were to limit investors’ ability to take out money, it would send ripple effects through the real estate world because of the fund’s size and importance as a bellwether for financial markets.

“It doesn’t mean it’s bad, wrong, or it’s going to happen tomorrow,” said Rob Brown, chief investment officer for Integrated Financial Partners, a wealth advisory firm based in Waltham, Massachusetts. But some retail investors may be caught off guard if they assumed they could get their money when they wanted, he said.

Concerns about sluggish fundraising and a broader slump in dealmaking have been weighing on Blackstone shares: The stock is down 29% this year, a steeper fall than the 21% decline in the S&P 500.

BREIT’s launch in 2017 was seismic for nontraded real estate investment trusts. That was a corner of finance with a tarnished reputation because of high fees, low returns and an accounting scandal that roiled the then-largest sponsor of such REITs.

The pitch for the trusts can be compelling: A person can take a stake in a swath of properties and collect dividends, benefiting from rising real estate values without stock-market gyrations.

BREIT stood out. It let smaller investors come in with as little as $2,500 and stay on as long as they wished, allowing for limited redemptions each month. That’s a contrast to most buyout funds that take in money from pensions and big investors, which require multiyear commitments. BREIT was less expensive than unlisted REITs of its time but more expensive than typical mutual funds.

At first, people inside the firm weren’t sure if BREIT could live up to the ambitions of top Blackstone leaders.

Kevin Gannon, chief executive officer of real estate investment bank Robert A. Stanger & Co., recalls telling Blackstone staffers just after the fund’s launch: “If you don’t raise $20 billion, you should be ashamed of yourselves.”

Blackstone employees at the meeting looked concerned, Gannon said, “as though I put a target on their backs.” Gray, one of the fund’s masterminds, had a different response, telling lieutenants: “I told you so.”

BREIT gave Blackstone an early mover position in the untapped multitrillion-dollar market for individual investors. It was a key plank of the firm’s bid to become a bigger retail brand. Other private equity firms followed suit over the years in pursuit of individuals’ cash, while the fundraising circuit for pensions and large investors’ money became more crowded.

The entry of the world’s largest alternative-asset manager into nontraded REITs sparked an arms race, with Starwood Capital Group, KKR & Co. and others launching similar funds. When markets surged, BREIT and other rivals in 2021 and early 2022 were key players in a fundraising boom “as action-packed as Pete Davidson’s love life,” analysts with real estate analytics firm Green Street wrote in May, referring to the comedian who dated Kim Kardashian and Ariana Grande.

When someone invests money in BREIT, they put in more than $150,000 on average, according to a person familiar with the matter. The constant flows fueled a hunt for acquisitions that one Blackstone real estate staffer described as unrelenting.

BREIT was Blackstone’s biggest driver of earnings in the last quarter of 2021. The fund takes in 1.25% of assets in fees and 12.5% of returns — higher fees than traditional stock-and-bond funds. Advisers have won big too, collecting upfront commissions on some BREIT customers.

Publicly-traded companies have been a frequent target, including Preferred Apartment Communities Inc. and university-housing landlord American Campus Communities Inc. The student-dorm deal accounted for almost $13 billion of the $21 billion of announced REIT take-private transactions in the first half of 2022, according to Jones Lang LaSalle Inc.

BREIT parked some 20% of its money into warehouses and logistics centers, in a bet that e-commerce would buoy rents. Even more money went to residential property, which now accounts for about half of its portfolio. Executives have a thesis that a housing shortage would give property owners leverage to constantly reset rents. This way, the fund could squeeze enough cash to offset inflation, which Gray had predicted in early 2021 would be persistent and stubborn.

BREIT last year took over Home Partners of America, which now owns 30,000 homes. It was a platform through which Blackstone could say it was giving renters a chance to to become homeowners. The REIT expanded further into affordable housing with a roughly $5.1 billion purchase of properties from American International Group Inc. last year.

Blackstone executives concede that going forward, landlords across the board will find it harder to raise rents for apartments and single-family homes at the same pace as before, said people close to the firm. But rental rates for warehouses, especially those in urban areas, are poised to continue to show strong growth as companies look to shore up inventory with supply chains snarled, the people said.

Rising interest rates have led BREIT to lower expectations on what it could earn from exiting its bets, though rising cash flows from rents have supported property values for now.

With markets churning, some deals that BREIT was chasing earlier this year don’t make sense. BREIT and others had been looking at a sizable block of affordable housing apartments this year but recently lost interest, according to a person familiar with the matter.

BREIT ramped up swap trades to counter the effect of rising interest rates across the fund’s portfolio. The swaps will generate cash for BREIT as long as interest rates are above certain levels.

A floating-rate mortgage on the Cosmopolitan of Las Vegas, a 3,000-room hotel BREIT acquired alongside partners for $5.65 billion, has risen to about 7%, up almost two percentage points from the loan’s initiation in June. Another adjustable-rate loan on a slice of debt on its takeover of American Campus Communities has also climbed to about 7%. Those increases have been canceled out with interest rate swaps, according to people familiar with the matter.

Those swaps, combined with cash flows from BREIT’s properties, have helped bolster the fund’s value. Meghji said the firm has locked in or hedged 87% of BREIT’s debt for the next six and a half years.

Blackstone representatives told one wealth management group recently that BREIT plans to consider doing more deals as a debt investor than it has before. That’s in contrast to buying equity, in an effort to protect money better in a downturn.

BREIT’s 9.3% net return in its most popular share class in the nine months ended September stand in stark contrast with publicly traded REITs, which tumbled about 30% in value this year through September. Meanwhile, BREIT's returns are narrowing compared with the same period last year, when that share class delivered 21.5% returns.

“Before interest rates were so low and BREIT always had growth,” said Gannon of Robert A. Stanger. “Now it’s a bit more difficult.”

--With assistance from Patrick Clark and Noah Buhayar.

To contact the authors of this story: Dawn Lim in New York at [email protected],