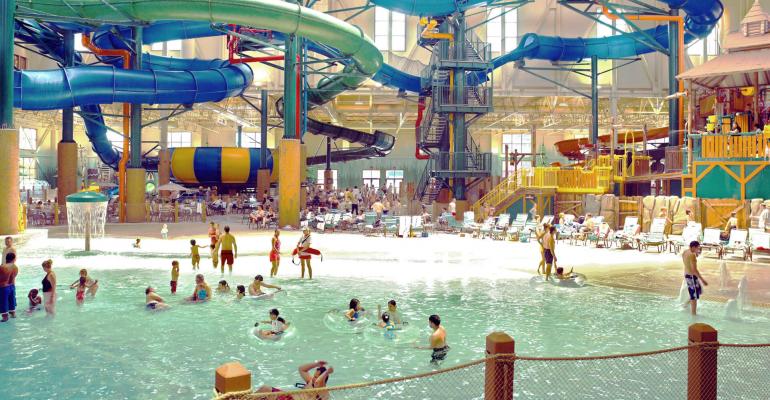 The private equity giant is looking at buying the indoor water park operator for at least $2.9 billion.

(Bloomberg)—Centerbridge Partners is nearing a deal to sell indoor water-park operator Great Wolf Resorts Inc. to Blackstone Group Inc., according to people with knowledge of the matter.

Any transaction would value Great Wolf at at least $2.9 billion, including debt, said one the people, who requested anonymity because the talks are private. Any deal would likely be led by Blackstone’s real estate investment arm, another person said.

No transaction has been finalized and talks between the buyout firms could still fall through, the people said.

Blackstone is familiar with theme park companies, which are benefiting from higher consumer spending on travel and leisure. The firm nearly tripled its money on a seven-year investment in SeaWorld Entertainment Inc. In June, Blackstone agreed to help buy the owner of Legoland theme parks for about $6.1 billion.

Centerbridge bought Great Wolf in 2015 from Apollo Global Management Inc. The Chicago-based company now operates 17 resorts, up from 11 at the time of purchase, with two more in development, according to its website.

To contact the editors responsible for this story: Alan Goldstein at [email protected];