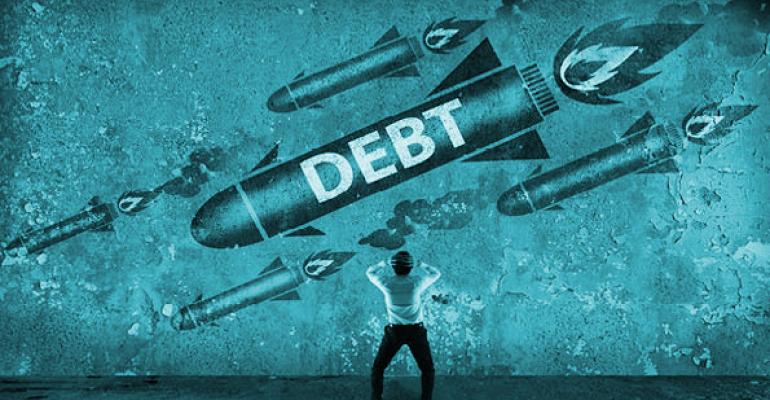 Are Chinese Shifting from Real Estate Buyers to Sellers?

Anbang Insurance Group and HNA Group are two major players that are reportedly looking at selling assets in order to raise capital to pay off debts.

Chinese investors that have been making headlines as avid buyers of trophy assets in the U.S. are now attracting just as much attention for their intent to sell properties.

Anbang Insurance Group and HNA Group are two major players that are reportedly looking at selling assets in order to raise capital to pay off debts and clean-up balance sheets. Anbang is known for high-profile acquisitions the firm has made in recent years, including the nearly $2 billion deal to buy the Waldorf Astoria hotel in New York City in 2014, followed by a $6.5 billion deal to acquire Strategic Hotels & Resorts in 2016.

However, the company has been tangled in a web of problems in the wake of fraud charges by the Chinese government against founder Wu Xiaohui. The Chinese government took control of Anbang Insurance in February, and The Wall Street Journal reported earlier this month that Anbang will receive $9.7 billion in capital from the state. The Wall Street Journal also reported that the HNA Group is planning to sell billions in overseas holdings to reduce its debt.

Cash-strapped Chinese developers are also looking to put assets on the sale block. Reuters reported in January that operating entities of Dalian Wanda plan to sell off its stake in two U.S. developments in Chicago and Beverly Hills—the Beverly Hills One luxury condo and hotel development and Wanda Vista, an 88-story residential, hotel and retail project on East Wacker Drive. According to research firm CoStar, the Greenland Group is planning to sell its Indigo hotel in the Metropolis development in Los Angeles for $280 million.

The potential dispositions ahead highlight problems at some high-profile firms. However, those sales appear to be isolated rather than a sweeping trend among Chinese owners looking to exit their U.S. real estate holdings. “Besides those deals, I don’t see any urgency from other Chinese owners’ property on the market,” says Xinyi McKinny, senior managing director, China direct investment, at real estate services firm Cushman & Wakefield. There are some assets that have the potential to come to the market, but it likely will be motivated by the opportunity to sell for a profit, she adds.

News of pending sales comes on the heels of a significant drop in buying activity from Chinese investors following a crackdown by the Chinese government on cross-border investment. The Chinese government introduced tighter capital controls in 2017 that aim to reduce the flow of capital to investments outside of the country. Cushman & Wakefield estimates that Chinese investors deployed $7.3 billion into U.S. commercial real estate during 2017—a 55 percent decrease from 2016.

However, it is important to put that decline in buying activity into perspective, adds McKinny. Chinese acquisitions in the U.S. in 2016 and 2015 were outliers in the high volume achieved and included a number of mega-deals, she says. Chinese/Hong Kong investors acquired $13.5 billion in assets in 2015 and $16.2 billion in 2016, according to Cushman & Wakefield.

In addition, 2017 was a difficult year for everyone to buy in the market, because of high demand and the pricing gap that slowed transaction activity, adds McKinny. China still ranks at number 3 as the most active buyer among all foreign investors (behind Canada and Singapore), and Chinese will continue to be attracted to the U.S. for its economic growth, liquidity, safety and diversification benefits, according to Cushman & Wakefield.

Chinese investors have worked hard to get money out of China and invested overseas in stable assets that would retain value and generate some level of yield. “For many of those investors, it’s really about diversifying out of the Chinese economy and moving to what they perceive as a safe investment in global markets,” says John Chang, first vice president of research services at Marcus & Millichap Real Estate Investment Services. So, for Chinese investors to start selling off U.S. assets would be contrary to investment strategy, he adds.

Most of these organizations that have been putting money into the U.S. have been well-funded, and the assets have performed well in the current cycle. Some of the sales that are occurring may be simply a move to reallocate capital into other assets and reorganize portfolios. “Generally speaking, they really don’t want to move that money back to China, because it is very difficult to get it back out again,” says Chang.

It is possible that if a trade war between the U.S. and China escalates, the Chinese government could put more pressure on Chinese investors to reduce real estate holdings in the United States. The likelihood of that happening is slim, notes Chang. However, current trade negotiations could put a further damper on buying activity. “We could see it come down a little bit more, it just depends on the intensity of the trade negotiations,” says Chang. “If trade discussions heat up and become more contentious, we could see that money dry up.”

Even if Chinese investors move to the sidelines, it is likely to have a nominal effect on the broader commercial real estate market. Chinese investors have been an active buyer of trophy assets and properties in gateway markets. But overall, Chinese capital represents a small fraction of total investment activity, and there continues to be plenty of capital from a variety of sources in the marketplace. “The U.S. investment market is still looking very strong,” adds Chang.