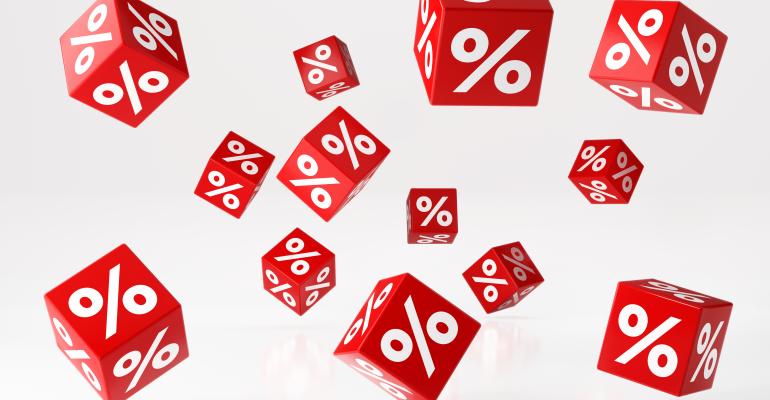 Another Interest Rate Cut Will Help Hold Up CRE Values, But Was It Needed?

CRE cap rates are expected to remain unchanged, but investors looking for financing should benefit from lower rates.

The Federal Reserve opted to cut interest rates for the third time this year at its October meeting, by a quarter percentage point, to a range of 1.50 to 1.75 percent. But while lower rates should sustain the positive momentum in the commercial real estate industry for now, there are concerns about whether the rate cuts were really needed, according to industry sources.

“I think for the commercial real estate market it’s a good thing. If you got variable rates, the cost of borrowing goes down. If you’re looking at buying, it never hurts to have the rate a little bit lower,” says J.C. de Ona, Miami-Dade market president for Centennial Bank. “That’s going to bode well for that and for those that have been looking at possible refinancing.”

The Fed signaled that no further cuts would be coming this year unless the U.S. economy experiences a significant slowdown. At the same time, the Fed is “not going to raise rates unless they see signs of heavy inflation, so the chance of another Fed rate increase is very minimal,” according to David Pascale, senior vice president with George Smith Partners, a Los Angeles-based commercial real estate capital markets advisory firm.

But other industry sources say they are concerned about whether the Fed will find itself out of ammunition when the economy will really need it. The interest rate cuts will continue to increase the value of commercial real estate, according to Jay Rollins, managing principal at JCR Capital, an alternative investment management firm. However, “I think the main point is whether or not this cut is needed,” he adds. “My view is what the Fed [is] doing is they are artificially inflating hard assets... and depending on where you sit, that’s either a positive or a negative.”

President Donald Trump has called on Fed Chairman Jerome Powell to slash rates to zero, while also tweeting favorably about negative rates applied by central banks in Europe and Japan. But commercial real estate insiders doubt this would be a positive move for the United States.

It’s more likely that instead of lowering rates to below zero, the Fed would “use other tools, such as quantitative easing, buying bonds, expanding their balance sheet, adding liquidity to the market via repo lines as they are now, [or] other methods that do not include dropping rates below zero,” says Pascale.

Meanwhile, the current borrowing costs for commercial real estate are not likely to change materially as a result of another rate cut, according to Heidi Learner, chief economist with real estate services provider Savills, who calls the Fed’s move “the end of this cycle adjustment.”

“I don’t expect much of a move in the longer end of the curve, I think the rate cuts were broadly priced into the market,” Learner says.