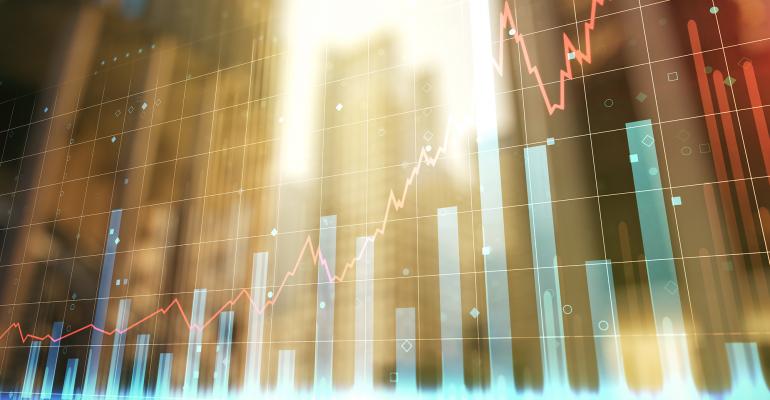 After a Rough September, REITs Bounce Back

After a strong month of total returns in October, publicly-traded REITs are now up more than 30 percent year-to-date.

The favorable conditions continue to fuel REITs' appetite for secondary equity offerings. Publicly-traded REITs had conducted 63 secondary common equity offerings and 30 secondary preferred equity offerings as of the end of October, in addition to 70 secondary debt offerings. There have also been four REIT IPOs. In all, REITs have raised $107 billion in the public markets in 2021, which has helped fuel acquisition activity within the sector.

REITs have been aggressive buyers at the property and portfolio level and REIT-to-REIT mergers continue at a brisk pace. The latest deal on that front came a week ago, when Monmouth Real Estate Investment Corp. announced it had entered into a definitive merger agreement with Industrial Logistics Properties Trust in a deal worth approximately $4 billion.

WMRE sat down with Nareit Executive Vice President and Economist John Worth to discuss October’s returns.

WMRE: REITs had a very strong month, recovering from September’s dip. What drove the results?

John Worth: It was a very strong month for equity markets broadly. The FTSE Nareit All Equity REIT index was up 7.1 percent, which brings that year-to-date to 30.2 percent. The FTSE Nareit Equity Index (which excludes things like timber and cell tower REITs) was up 7.6 percent and is now up 32.5 percent for the year. It’s an unusual situation when the all equity REITs index is running ahead because of the strong performance of cell phone towers in particular in recent years. But this year, with the reopening play that’s fueled the traditional sectors, we’ve seen the two indexes invert from their normal trendline.

In terms of the overall, in September REITs were down 5.9 percent while broader markets were down 4 percent. In October, we saw an across the board rebound with REITs rebounding slightly more strongly than equities. And the REIT indexes are meaningfully ahead of equities for the year, running about 6 percentage points ahead of the broader stock market.

WMRE: Every property sector was up in October, but some in particular had extremely strong months. What do you see at the property level in these numbers?

John Worth: Industrial/logistics was up 14.77 percent for the month and up 40 percent year-to-date as of the end of October. Self-storage REITs were up 14.26 percent and up nearly 59 percent for the year.

And regional mall REITs also were up double digits at 12.43 percent for October and are now year-to-date up 76 percent. That’s coming on the heels of a tough 2020, where malls were down 37 percent, but we are seeing a strong rebound in that sector as part of broader reopening play.

WMRE: Any other big-picture takeaways from the numbers?

John Worth: In September, the impacts of the Delta variant were clearly evident. In October, we saw increased optimism that we are going to see continued reopening strength. And the [third quarter] earnings reports so far have borne that out. It’s shaping up to be a strong earnings season, with REITs beating expectations and raising guidance for the coming quarter and year. We’re seeing that trend across sectors of strong operating performances.

WMRE: Were there any red flags in the month? Every property sector was positive, but a few, including lodging, were just barely in positive territory.

John Worth: The pace of reopening with respect to lodging is going to always be a concern. It’s not out of the woods, but so far in November, we’ve seen very strong lodging performance from the REITs.

There was some trepidation pre-earnings that also may have held down returns. But we’ve seen a set of strong earnings and we’ve seen a bounce so far in November.

WMRE: As we’ve talked about before, leisure travel is bouncing back faster than business travel. But also the sector got some good news with the reopening of European travel to the U.S., which could fuel leisure even more.

John Worth: Getting the borders open to European travel is going to be good for lodging. And in terms of business travel, I’m at an in-person conference this week and the overwhelming view of participants is that many are saying, “This is great. I want to get back on the road more.”

As people increasingly get back to the office and are vaccinated, that is going to open the door to more business travel. And most people who get out and go somewhere seem to come away from that with the view that it was a positive experience, that they were missing it and that they want to do more of it.

WMRE: Capital raising volume for REITs is now past $100 billion for the year. What do you see in those numbers?

In 2020, REITs wanted to avoid dilutive issuance. Now with the way markets have been in 2021, it’s more favorable for equity issuance.

John Worth: That takes us to 11 deals involving public U.S. REITs announced so far in 2021. And seven of those deals have been REIT-to-REIT transactions. Most of those have been within-sector transactions—two REITs in same sector combing forces, lowering their cost of capital and preparing for future growth. I take that as a sign of confidence in the sectors and it shows REITs organizing themselves for future growth.

WMRE: Any other highlights from the month?

John Worth: The last thing I wanted to mention is that we do an annual study with EY with their quantitative group measuring the total economic impact of REIT activities. It’s the broadest picture, including REIT’s direct activities, indirect activities through suppliers and induced effects throughout the economy. All in, REITs support three million jobs in the U.S. economy. And that gets driven by direct operations, dividend/interest payments and capital expenditures, including support of new construction.