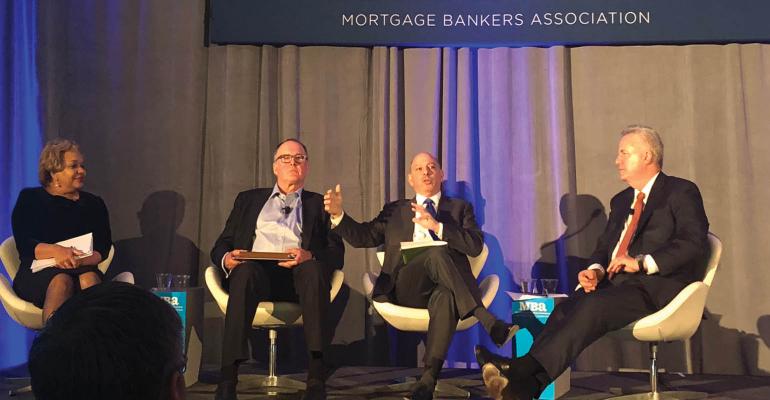 13 Takeaways from the MBA CREF/Multifamily Housing Convention & Expo 2019, Day One

CMBS originations, commercial real estate debt fund activity and the fate of Fannie Mae and Freddie Mac were among subjects of discussion at MBA CREF 2019.

In spite of a chaotic political environment at home and abroad and volatility in the stock market, debt capital should continue to flow freely into the commercial real estate space this year, according to panelists at the MBA CREF/Multifamily Housing Convention & Expo 2019 taking place in San Diego this week. Here are the takeaways from Monday’s sessions.