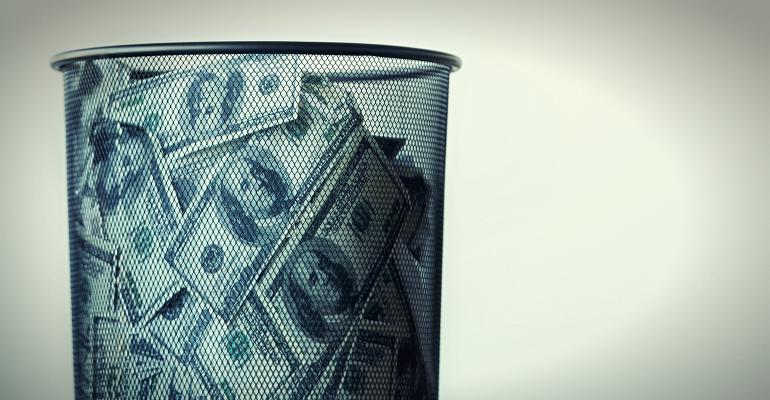 The Worst Life Insurance Deal Ever

Why your client should never buy annual renewable term.

I’ve written about how expensive association term and group term is, how poor the policy features are and the tremendous amount of money that can be saved by going with a better underwritten product. But there’s another term insurance situation that’s even more insidious in my estimation. Annual renewable term (ART) or yearly renewable term (YRT) can take the cake.

This was brought back to me vividly during a recent client conversation. An attorney had a $750,000 ART term policy, and his wife had one for $550,000. The premiums were only about $500 and $300, respectively, which isn’t much money for a couple making the income they do. However, let’s look forward a bit.

They’re in the seventh year of their policies, which already tells me a lot. By the second or third year, most ART policies already exceed the premium of a 10-year level term product. In 10 years the premiums on his and hers, respectively, are $1,200 and $700. In 20 years, they’re $2,900 and $1,700. In 30 years, the numbers are $6,800 and $3,400. Of course, almost no one plans on keeping an ART in force for many years, but plans don’t always pan out. What I see too often is that ART that was so cheap in the early years, like association term, has a premium that slowly creeps up without anyone noticing. It’s like the proverbial frog in the water on the stove.

I’ve seen cases in which the ART had been in force for over 20 years. Even this one at seven years is a travesty. For this couple, a new 20-year level policy with a high-quality, well-respected insurance carrier issuing policies with very good contractual features would cost less every year for the next 20 years than the existing ART will cost this year. Ten years from now, the 20-year level term premium will be less than half the ART premium, and in 20 years, it will be less than 20% of the ART premium. The savings are ridiculous.

This begs the question of why ART is ever sold. There may be the occasional situation in which the insurance is actually needed for only a year or two, but those situations are few and far between. I’ll tell you where I generally see this and why.

The ART I overwhelmingly run across is issued by a major mutual insurance company. Why? Their level term policies are rather expensive compared with competition in the market. ART looks inexpensive compared with their level term offerings, and this is often what’s necessary to pitch in order to win a deal. Of course, this is disingenuous, but all’s fair in love and war …  and sales. If true, this would be bad enough but doesn’t hold a candle to the more insidious strategy.

While not the predominant practice of this mutual carrier’s sales force, I’ve seen numerous examples of ART being sold so that when premiums increase, the agent goes back to the client to discuss avoiding the increasing premiums by converting to whole life coverage. Did you catch that? Purposely selling an uncompetitive, increasing premium product to drive expensive term conversions in the future? I’ve seen it a number of times and yes, it’s despicable.

In this situation, even if the agent’s intent wasn’t nefarious, this couple is still seven years into a ridiculously expensive policy, and heaven knows how far they would go. After all, they trusted the agent and were starting to boil in the pan and didn’t know it. When was the agent ever going to let them know or was he going to stay quiet? Of course, now they’re pissed and changing directions regarding product, carrier and agent.

With barely an exception, most clients should never move forward with an ART policy. Given the many ART contracts I’ve reviewed, I’ve never seen a single time it was in the client’s best interest.

Bill Boersma is a CLU, AEP and LIC and the founder and owner of OC Consulting Group. More information can be found at www.OC-LIC.com, www.BillBoersmaOnLifeInsurance.info, www.XpertLifeInsAdvice.com or email at [email protected]