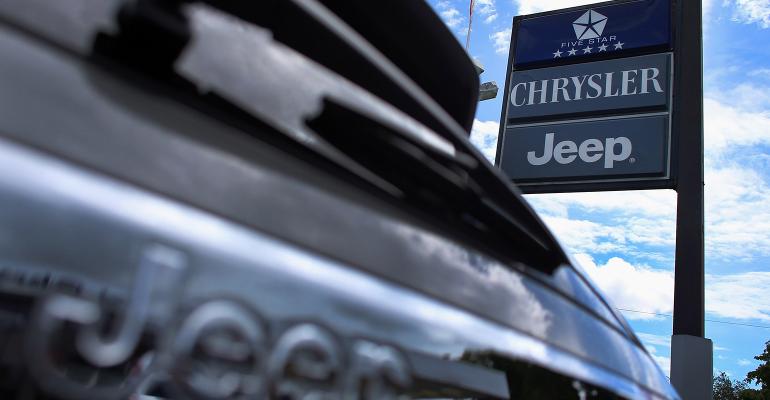 Is Working for One Life Insurance Carrier Ethical?

In some cases, agents may be crossing the line.

The life insurance world is certainly a lot different today than it was decades ago. Rather than just whole life and term insurance, there’s a wide menu of products available. Some products are driven by interest rates, some by market returns and some by indexes. Some are guaranteed while other aren’t.

Distribution models vary widely. There are internet marketing models, traditional agencies and independents who work though brokerage general agencies that represent multiple insurance carriers. One can get life insurance from financial advisors, banks, those predominantly in the property and casualty and health insurance market, traditional agents, etc. It seems the most unique way to get insurance today is through a dedicated life insurance agent. Times change.

Most career agents (a term traditionally used to identify agents who work for one insurance company and are often housed in a branded office) state  that they’re free to sell outside insurance carriers and aren’t limited to proprietary products. Except for newer agents, this is largely true but it’s often a bit of a red herring. When a significant majority of placed policies are with “Mother Mutual” or whatever company is on the front of their business card, pay attention to substance rather than rhetoric.

Some of these carriers realize the inevitable, that no one can be all things to all people so they have a special department to funnel non-core business to an affiliate to capture these otherwise lost dollars. However, generally the agents are incentivized to place their business with proprietary products through the home office.

Is there anything wrong with this? After all, a Ford salesman doesn’t sell his client a Chevy. That being said, many dealers cross multiple brand lines because the reality is you can’t control consumers as easily nowadays, at least in some industries. Theoretics and practice can differ. If theoretically the agent can sell what’s “best” for his client but almost always sells what the home office provides, does it mean anything? The eternal question is “What does ‘best’ mean?”

Let’s be clear, putting a million bucks of term insurance on a breadwinner to provide for the family in a worst case scenario is the important thing, not whether that product wins the spreadsheet war. But where’s the line? There’s always a line. A couple percent higher premium? 10 percent? 25 percent? How many would agree that paying a 50 percent premium for term coverage over and above a competitive, quality carrier is appropriate? Is it always worth a significant premium increase just so the policy can be converted to proprietary whole life down the road? There’s always a line.

I had client in my office the other day who was referred to me by his estate planning attorney. He had questions for her about his life insurance portfolio and, realizing this was outside of her expertise, she directed him to me. He had a handful of policies on his wife and himself, including permanent, term, single life and second-to-die contracts, all of which were with two well-known mutual companies. There were a few very seasoned term policies from the carrier the agent used to work with. The husband was 27 years into an increasing premium term policy and the wife, 35 years. I want to make sure you understand what that means. These annually renewable term or yearly renewable term policies have premiums that are generally higher than 10-year level term premiums by the second or third policy year. Can you imagine where they stack up a few decades later? This guy could get new 10-year term or even 20-year term moving forward from today for less than this year’s ART premium he just paid that’s growing dramatically every year and terminates in five years. In other words, he has been hosed—badly.

But why? Likely because the agent’s proprietary level term simply wasn’t competitive, he sold the ART to compete. If you think that’s unconscionable, just wait. The strategy is often to go back to the client in a couple of years, show him how the premium is growing so quickly (which is too often glossed over or ignored completely at the point of sale) and urge him to convert to (much more expensive and higher commission paying) permanent insurance to level out the premium and keep it from growing annually. Though purportedly the term coverage was purchased because there was a term need, sometimes the client is routed to permanent insurance. Other times, he doesn’t bite or the relationship with the agent fades and then, voilà, you’re 27 or 35 years into an ART contract and pissing your money away.

If this was always the result of working for a single insurance company, then I would think, yes, selling a single company is wrong. But this isn’t always the case. I know many good career agents who work tirelessly for the benefit of their clients and go outside when it best serves them. Besides, reasonable minds can disagree regarding the best tools to satisfy needs.

Let’s go back to my client. When he shows me the paperwork on his and his wife’s policies, I see he’s a standard risk and she’s a Table 2. At this point, I have no ability to know if this is good or not. Maybe the agent worked hard to come up with these offers and beat what was available in the market. I can’t help but assume this isn’t the case. After all, given scores of quality carriers out there competing for business, really, what’s the chance this agent’s company was the most competitive at this time for this specific client? Was another carrier even approached? Yes, I realize strong relationships are important and often get things done, and career agents often have strong relationships with home office underwriters, but relationships can only take you so far and competition can be very motivating.

For any given case, a ridiculous number of variable drive what’s “best.” How old are you? Gender? Health? Family history? Travel plans? Are you a pilot? Do you scuba dive or race motorcycles on the weekend? What about build, blood pressure and cholesterol? Anxiety meds? Moving violations?  Smoke? Drink? Did mom or dad die before aged 60 from cancer? What kind? It keeps going, but you get the idea. Change any single one of these things may reshuffle the entire deck. You can quickly see the combinations become innumerable. Most consumers simply don’t realize how niche-oriented the market is. It’s a given in the industry that different insurance companies will look at the exact same medical records and insurance exam and sometimes come away with wildly different takes on a potential insured risk. Even if it’s only the difference between a preferred and a standard classification, which is commonplace, it can be a meaningful difference. Somewhere, a given carrier is going to be the most aggressive. Do you really think it’s going to be the agent’s home office, every time?

We haven’t even rolled in the variable of product styles. What if the agent’s primary carrier specializes in term and whole life? Is the agent being shown universal life, guaranteed universal life, indexed universal life or variable universal life? What if it was the other way around? If I’m looking for a minivan and walked into a Ford dealership, what would happen? Ford doesn’t have a minivan so I’d be sold on the benefits of an Explorer or an Expedition. Maybe that would suffice. Maybe once I understood, it might even be better. What if I’m pressured to go with a 15-passenger Transit van?  You know someone is going to drive that off the lot who really needed and wanted a minivan? If the salesman doesn’t have a minivan to sell, many will do almost anything to keep from seeing the backside of a potential customer.

One more issue revolves around competitiveness. Carriers take turns on this merry-go-round. Their respective product pricing goes up and down compared to the competition based on many factors. The last thing I’m suggesting is to play the spreadsheet game, but the vagaries of pricing are complex. Your client likely has precisely zero chance of understanding these intricacies but he certainly understands down the road if he realizes he’s been snookered.

Many of you have had clients hold portfolios of entirely ABC or XYZ Insurance Company. But would you ever recommend putting all $20 million of what they want to invest into bonds into one bond? What about other companies? What about other risk profiles? What about diversification? It’s shocking to see how often consumers take at face value a comforting line from an insurance company or agent they would never accept at face value in another transaction.

This isn’t a manifesto to categorically proclaim the ultimate right way to conduct business but I wouldn’t be passionate about it if I haven’t repeatedly witnessed the damage resulting from narrow-minded players in the market blinkered by the institutional indoctrination of home offices systematically beating home a self-serving message. I urge you to open your minds and to help your client’s analyze this appropriately and with some healthy cynicism. Tradition isn’t always holy. Sometimes things need to be questioned.

Bill Boersma is a CLU, AEP and LIC. More information can be found at www.oc-lic.com, www.BillBoersmaOnLifeInsurance.info, www.XpertLifeInsAdvice.com or email [email protected]