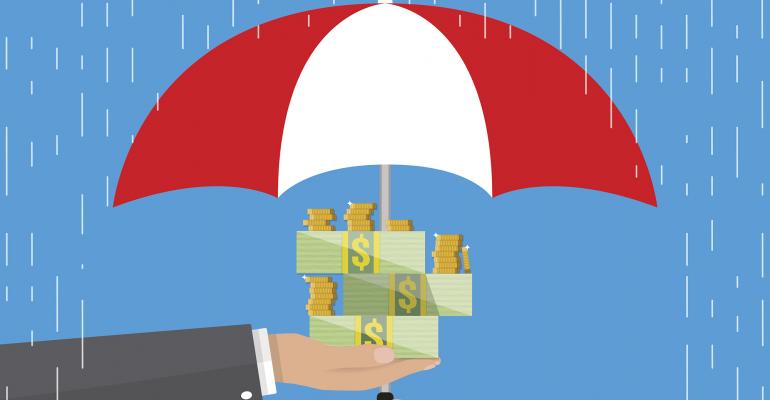 Why are policy owners so reluctant to pay for these services?

I’ll admit it.  I get frustrated at times.  I’m a fee-based consultant brought in by attorneys, CPAs, trustees, financial advisors and family offices to review, create, fix and do whatever else is needed regarding life insurance products and concepts.  I’m approached to analyze policies and programs already in force for years or even decades, and sometimes it’s new proposals that I’m retained to opine on.

History Can Be a Guide

I’ve been around long enough to say “I told you so” a lot.  When I first started doing “policy audits” 20 years ago, which was already 15 years into declining interest rate markets, most policy owners and their advisors hadn’t seen many, if any, examples of underperforming whole life (WL), universal life (UL) and variable life policies.  Few people understood how modern life insurance worked and how the interest rate markets affected it, so few even looked to monitor, let alone manage, life insurance policies and portfolios.

When I was brought in to review a policy and determined that it would fail with a complete loss of premium, cash value and death benefit, even if the policy owner dutifully funded it as originally presented, people wouldn’t believe me.  I might have well been telling them the bank could foreclose on their house even though they never missed a payment.  They would say I was yelling fire when there wasn’t even any smoke.  Oh, there was smoke, they just couldn’t see it, and in many cases, the fire was already raging.  Financial products simply aren’t sustainable when crediting is lower than projections.

But when you work from facts and figures and not from emotion and conventional wisdom, you get to be right.  It might as well be the difference between astronomy and astrology.  Recently I heard that a foundation I’d consulted with four years ago was surprised their life insurance policies needed significantly more funding or they were going to collapse.  What about me saying “Your life insurance policies need more funding or they’re going to collapse.” Couldn’t they understand?

Years ago when mutual WL dividends were much higher than they are today, I’d tell anyone who would listen that they were going to keep going down while many of the agents were telling everyone they were at the bottom.  Anyone who has even a cursory understanding of the interest markets and how life insurance works would have known this wasn’t true.

When the consumer market and advisor community understand that modern life insurance isn’t like traditional life insurance, the guarantees of yesteryear aren’t as prominent in insurance contracts of today and current executive management incentives are different than years ago, we can start having constructive conversations.  I’m calling for a bit more cynicism and suspicion on the part of policy owners and advisors.  Frankly, that sounds a bit crazy because insurance agents aren’t very high on the list of trusted and respected professionals to begin with.  However, that skepticism seems to melt away when the proposal in front of them looks so attractive and there’s a litany of excuses; this is a big name company; I’ve known this guy forever; he was referred to me by someone I trust, etc.

Because I work predominately in the wealthy and large case markets, I see a lot of premium financing deals, in force and proposed.  Most are indexed UL but a number are traditional WL.  Most of these don’t have a prayer of working as postured, and they’re so ridiculously complicated that almost no one understands them.

There’s a small group of experts and specialists who are working to affect regulations and bring educational resources to bare when it comes to this market because it’s become an arms race regarding developing the most attractive looking products.  Products that looked very aggressive just a few years ago now seem blasé relative to new products being introduced.  Carriers that don’t have projections that look the best will be left by the wayside while business pivots to those that do.  If it takes incredible internal machinations to skirt consumer protection regulations, then so be it.

It’s not that premium financing isn’t a legitimate strategy than could work, it’s just that most of what I see has been substantively misrepresented.  There’s rarely an understanding of the risks involved, and it’s often postured as relatively conservative.  This is too often a strategy to sell extra big policies to people who would have otherwise never bought them if it wasn’t presented in a way that made it look like it was going to result in outsized benefits without costing them much at all out of pocket.

I get quite a few clients and advisors coming to me for fee-based analysis and advice, but the percentage who won’t end up paying a modest fee is surprising.  It’s not like I’m charging much.  My fees are much less than the loan origination fees for many of these deals.  In a recent case, my fees were less than a single month of internal policy expenses of the contract I was reviewing.  In another, my fees were less than 1/1,000th of the projected internal fees of the contract they were already in.  Why the willingness to pay the $10 million of projected expenses (not a typo) in the contract but not my consulting fees?  Of course I know the answer; they have to write a check for mine and not the other.

Many of these cases have six and seven figure commissions, which I’m fine with, but I do question if the client who balks at my fee but not the agent’s is really paying attention and making astute decisions.  This is the genius of transactions in which the costs are baked into the price of the good or service.  It’s relatively easy to get consumers to pay the fees when they don’t have to write a separate check.

In a recent premium financing case, I told a client who thought her loans were entirely paid off after the 12th contract year that at age 80 the policy had a $50 million loan, and if things went modestly sideways, she’d lose her premiums, cash value, projected retirement cash flow, assigned collateral and death benefit and owe taxes on tens of millions of dollars of phantom gain.  You’d think that alone would scare her, let alone everything else I brought to light, but she never moved forward with the consulting because it cost too much.

These are purportedly the wealthy, educated and sophisticated clients with the best advisors in the market but what I continuously see is that they’re attracted to what Aristotle refers to as the probable impossibility.

A friend of mine recently shared a line; “If you think a professional is expensive, wait ’til you see what an amateur costs.”  Yes, I get frustrated.  I help a lot of people but I’d like to help more, including those who are being blinded by unrealistically fantastical proposals and ignoring the risks and potential consequences.  If they don’t wake up, maybe they deserve what’s in store.