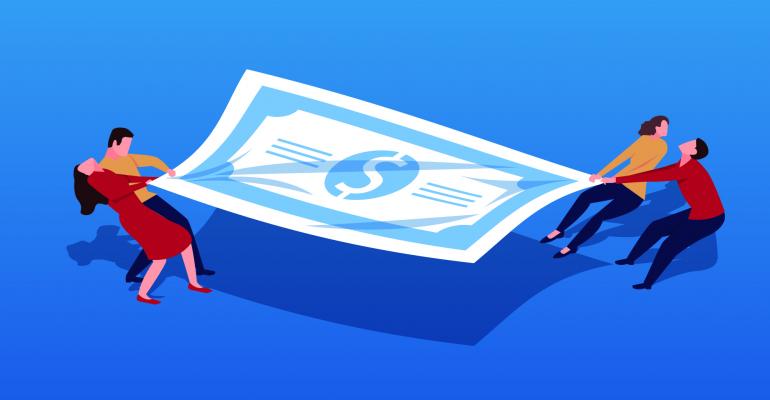 It’s not always best for the consumer.

There may be few markets more divisive in the life insurance world than the life settlement market. It’s a bit macabre by nature, but that shouldn’t be held against it; all life insurance is. A given individual may not want to go that route, but that shouldn’t matter for others. It might have a small target market; however, when it works, it can be like a grand slam.

Within the life insurance industry, there is vicious infighting with everyone trying to protect their own turf. Some agents believe it’s a great opportunity, with others saying it should be illegal. Some advisors cringe at the concept and others readily refer clients to trusted players in the market.

This is something I have never been conflicted about. When done for appropriate reasons and aboveboard, I would move forward all day long. I’ve seen life settlements salvage almost unimaginable amounts of money, millions of dollars in single transactions. On smaller deals, getting 50 grand is better than a poke in the eye. But why the controversy?

For part of the answer you can follow the money. Who’s for life settlements? Largely those who can make money on successful transactions. Who’s against them? Those who make money when settlements are buried. But it’s more than this. Some advisors understand the value in bringing all options to their clients so they can make informed decisions. Other advisors will actively and knowingly hide this value if it doesn’t suit their own purposes. I find that despicable.

Who wants to stop life settlements? Life insurance companies. Not only will they not bring the idea to the table for a client, they will often threaten their own sales force with firing if they bring them up. Imagine that! You know there is something that is beneficial for a policy owner and staying quiet isn’t enough; you have to break kneecaps to accomplish your goals.

I’ve been in the life settlement market since before most people ever heard about the concept, almost back to the beginning. Continuing with the breaking kneecaps theme, I’ve had agents ask to meet me in the far corners of parking lots, hand me envelopes under tables at restaurants, only give me cellphone numbers and more. When relating these stories to my wife I’ve then had to work to convince her I wasn’t involved in the underworld of some sort. All this because an agent was trying to do good by his client and was afraid of getting fired.

But why? Because life insurance companies don’t want to pay death benefits. No one makes money sending big checks out the door; you make money by bringing in streams of income and minimizing outflows. It’s all about the money and about crushing competition.

What’s not admitted is that life insurance companies have been in the life settlement market forever. They’ve always bought death benefits from policy owners by offering the cash value, if any, in return. They just don’t like the competition cutting in on their sweet deal. But the market is efficient so others started bringing fair market value to the table and policy owners paid attention. When a settlement funder offers $250,000 for a policy the insurance company was going to steal for $25,000 or even let fall off the books for no value whatsoever, the latter gets testy.

I had to unleash on the reps of one carrier not long ago when the change department refused to change the owner and beneficiary even though everything was straight up and all forms completed and signed off on correctly. (This was an insurance company that used to be a huge player in funding the purchases of life settlements.) They don’t care about the rules. They try to make it so difficult that consumers won’t bother. Many insurance carriers and associations have lobbied for ridiculously restrictive state laws to effectively close down the market. Of course regulation is appropriate and was overdue, but that’s not what I’m talking about.

Letting life insurance policies lapse is very financially beneficial for the life insurance companies. This isn’t much different from when my mother-in-law recently bought a new car. The dealer offered her $1,000 in trade-in value for her old 2004 Audi A8. I told her not to do it, then I put it on Craigslist and got $4,500 that afternoon. That would have been a significant source of profit for the dealer, but only an uneducated consumer would have moved forward with it. Naturally, this 82-year-old woman didn’t want to deal with it and wouldn’t have known where to start, but that’s why there are specialists out there. While I’m not a specialist in used cars, it appears I brought some real value like when I recently obtained a $1,200,000 offer on a $3,000,000 corporate-owned policy with no cash value that was falling off the books. Along with his partners, we netted over a couple million on contracts that were literally going to be thrown in the garbage.

You’ll have a hard time convincing me this isn’t doing the right thing. Fortunately the arc of regulation, fiduciary duty and best interest standards is moving in the right direction more often.