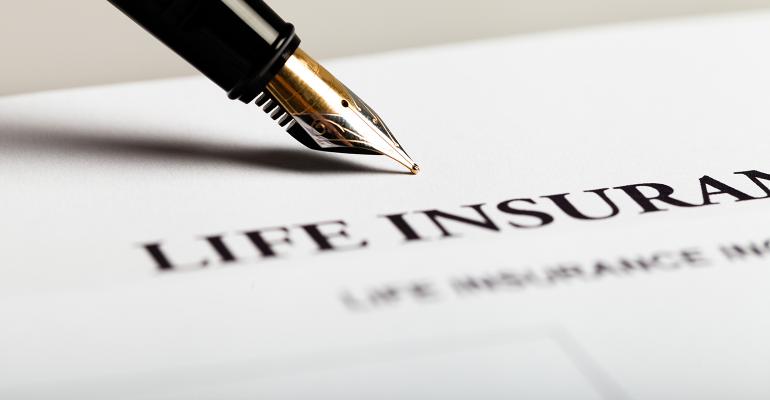 What Went Wrong With My Dividend-Paying Whole Life Policy?

What advisors can learn from the reasons this client lost his term rider.

Policy owners and trustees often do not understand why something goes wrong with a particular life insurance policy. For example, here’s an email I received earlier this week involving the loss of a $500,000 term rider on a whole life (WL) policy:

"My question is to confirm that we indeed have lost the $500,000 rider on the policy. If so, then can you provide a brief explanation as to why? Is it because we didn’t pay enough premiums in? He became too old? Etc. I only ask this for my own information in case I ever need to explain it."

The policy in question was a $2 million participating, dividend paying, WL contract. It was initially a $1.5 million base WL policy with a $500,000 term rider.

My response below explains how and why such losses can happen:

The original contract was built with the base policy being actual whole life (WL), and the rider is term insurance. The idea is that the dividends on the base policy buy little bits of paid-up insurance every year. These are generally called paid-up additions, or PUAs. The PUAs reduced the amount of the term.

At the first policy anniversary, the dividend, per the dividend option of this policy, buys a given amount of paid-up death benefit based on the age and class of the insured individual. Let’s say the base insurance is now $1.51 million, so the term is reduced to $490,000 and the total coverage is still $2 million. The following year the dividends may buy a little more, so the death benefit might be $1.525 million, with the term rider decreasing to $475,000 for a continuing total of $2 million.

The idea is that the WL portions of the policy will eventually replace all of the term insurance. When this happens, the PUAs are still projected to grow and result in an increasing death benefit in excess of the $2 million. This is important because the WL insurance, while more expensive in the early years, has long-term guarantees and more consistent pricing. The term insurance is very cheap early but gets very expensive over time. This isn’t supposed to be an issue because the term insurance isn’t supposed to be there down the road to ever get expensive.

The problem is, the dividends have gone down on WL policies for decades, since the mid to late 1980s. The lower dividends resulted in lower PUAs, which meant more term was left on the policies than anticipated. This term got very expensive. Can you imagine what term insurance would cost on an 80- or 90-year-old guy? The initial term insurance charges at age 50, when the policy was issued, were exceedingly low. Even 20 years later, at age 70, when the term charges are higher, they were only projected to be for a small amount of the initial term insurance because the term was supposed to have been largely replaced by WL insurance. Soon after, the term insurance was initially projected to be gone entirely.

It’s helpful to visualize this WL policy as three different policies: (1) the base WL policy, (2) the PUA policy and (3) the term policy. The base policy and the PUA policy each have their own cash value and death benefit. The cash value, as you understand it, is really the sum of the cash values of the two WL parts of the policy. Some ledgers differentiate this, and some don’t very well.

Early in the life of the policies, the base policy earned dividends in excess of the term policy, and the extra went into the PUA policy. Later in life, the term premiums got more expensive than the dividend credited, so the cash value of the PUA policy was tapped to pay them until it was driven into the ground. With no PUAs to pay term premiums, the term portion lapsed.

(This is the end of the letter to the client)

Here’s another way to think about it. Let’s assume you have a job with a guaranteed base income along with projected bonuses. We’ll say your base income is $100,000, and with bonuses, it’s $150,000. Furthermore, let’s assume your living expenses are $125,000. You know living expenses won’t be covered by your base salary, but you’ll likely get your bonuses, so you’re confident in your planning. The $25,000 left over goes into a savings account so you can stop working some day. Your financial advisor's modeling shows you can retire at 65 if all the projections pan out, but that’s not a guarantee.

In the early years, things go according to plan, and you live your life and build a savings balance. Later, the company runs into some problems, and the bonuses get reduced. You can still cover your living expenses, but savings takes a back seat. Some years later, your company starts taking a beating in the market and it lowers bonuses even more. Now they’re at a point where your income is less than your living expenses, so you tap your savings account to make ends meet. This can only go on so long before the savings are exhausted, and you’ll have to change your lifestyle.

Voila! You’re not making enough to support your lifestyle, so something’s gotta give. Your life insurance isn’t making enough to support itself, so something’s gotta give. It’s very simple. Maybe the upside potential did pan out and the retirement account did get funded, but inflation was meaningfully greater than expected. The plan might still falter. You’ll likely have to earn more now or expect less later.

None of this happens overnight. It progresses over a number of years and can be determined well before it’s a significant problem if someone’s paying attention. It’s kind of like a cancer that is quietly growing until a point that it becomes a problem, but by then, it may be too late.

Some years ago, I had a client with a WL policy from the same insurance carrier. The initial annual premium was $150,000 for $40 million of survivor WL. By the time I got involved and ordered an in-force ledger, the projected premium was soon to be millions of dollars a year. Yes, millions a year. Twenty-five million dollars of the policy was initially term insurance. This was supposed to go away, and it partially did for a while. By the time I arrived, the PUAs had been depleted, and the term portion of the death benefit was again $25 million. It turns out that annually increasing term insurance for $25 million costs a lot.

It’s a kick in the gut to lose $25 million of insurance in the trust you were counting on for estate tax liquidity. But, it doesn’t have to be this way. It may be a black box to you, but it’s not to someone who knows what they’re doing and is willing to evaluate things objectively and tell you the truth.

Bill Boersma is a CLU, AEP and licensed insurance counselor. More information can be found at www.OC-LIC.com, www.BillBoersmaOnLifeInsurance.info, www.XpertLifeInsAdvice.com or email at [email protected] or call 616-456-1000.