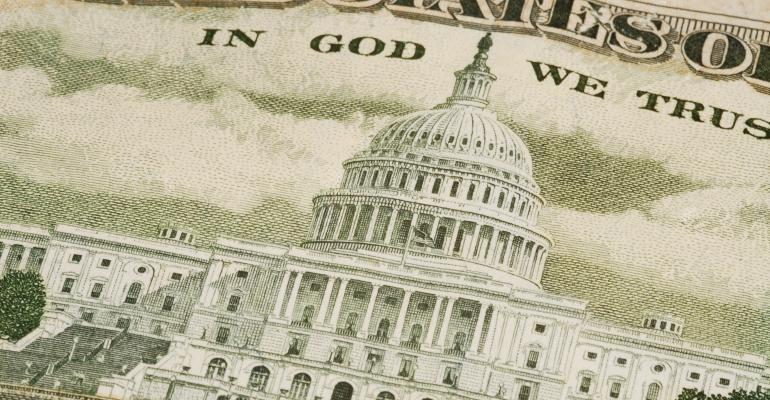 How advisors can make a common sense case for why clients should spend their time and money to talk about the potential implications of possible legislation.

The Sept. 13 release by the House Ways and Means Committee of its tax proposals under the Build Back Better Act is a clarion call for advisors to think seriously about how profoundly some of these proposals would affect clients’ estate and liquidity planning.

There are myriad aspects of planning that would be affected by these proposals. However, we're going to focus on irrevocable life insurance trusts (ILITs), both existing and newly contemplated, as well as how they are or will be funded.

Consider, at a high level, these provisions:

Notably not on the table, at least for now, is a proposal for carryover (rather than stepped-up) basis and recognition of capital gains at death.

It’s impossible to know when the date of enactment will be. However, given all that remains to be done (and no doubt changed) before the act becomes law, there should be sufficient time for planners to react and reach out to clients.

Many clients will have to reassess the fundamental underpinnings of their estate plans and the continued viability of their wealth transfer vehicles and liquidity positions. Many will also have to review the performance and durability of their life insurance policies. This reassessment would be challenging enough if the “only” thing clients had to deal with was a reduction in the gift and estate tax exemptions. But the change in the treatment of grantor trusts will take the conversation into uncharted territory.

Like songwriters, planners will have to compose the lyrics to some targeted alerts and memoranda that they’ll send to clients, urging them to talk or meet sooner rather than later. The challenge, of course, is to make a common sense case for why clients should spend their time and money to talk about the potential implications of possible legislation. For that reason, communications with clients should focus less on the principle of the thing than the money. If they can’t see what’s at stake in real dollar terms, they’re a lot less likely to heed a call to action. And where applicable, let the client know that these proposals simply give them more reason to do now what they’ve been thinking about doing anyway.

ILITs Supported by a Leveraged Technique

Third-party premium financing arrangements can also involve several variations on the theme. For purposes of this discussion, the arrangements that matter are those that call for annual direct or indirect gifts to the ILIT to service the loan and/or those that will require a large direct or indirect gift to enable the ILIT to repay the loan and keep the policy more or less intact.

Why start here? Three reasons. First, many of those plans and programs of older vintage are in trouble, meaning they have no reasonable prospect of successfully completing their mission without a large direct taxable gift of cash or property or a large indirect gift. An example of an indirect gift would be employer’s release for less than full consideration of the collateral assignment in termination of a compensatory split-dollar arrangement. Why are these plans in trouble? The usual suspects include an absence of an exit strategy, failure on the part of the client to follow through on the exit strategy that was planned from the outset and lagging policy performance after years of low interest rates. But the arrangements are where they are! Second, the solution to these problems will call for the input of several types of advisors and maybe the involvement of a client’s company or employer and its advisors. The employer’s involvement could present issues, especially if the employer is anxious to get out of the split-dollar arrangement now and has no interest whatsoever in the income, gift or estate tax cost to the client of terminating the plan. All this can take a lot of meetings/calls and a lot of time, which is now of the essence. Third, the “You’d better take a serious look at this plan” song has been on the charts for years now. But when one overlays the proposals against the dwindling exit strategies that remain, the tax and economic results to the clients are even more draconian and far-reaching than planners have been warning about for years.

Depending on the type of arrangement in place, a memorandum to clients would describe:

Existing ILITs Funded by Gifts of Cash and Property

These are obviously less complex situations than those just described. However, they may call for a line of inquiry that’s every bit as nuanced as those “sophisticated” situations.

The problem is straightforward but still profound. If made to grantor trust ILITs, those gifts could trigger some element of estate inclusion of the insurance proceeds. Commentators have made the very sensible suggestion that clients buy time by funding these ILITs to the extent they can in 2021 or more specifically now, before the date of enactment. But some clients may not be in a position to do that or may be reluctant to use their exemption. An alternative to gifts is a loan, meaning split dollar or, as the technique is popularly called, private premium financing. Ah, but there’s a rub or two or three.

A memorandum for these situations would describe in more or less detail:

It’s reasonable to assume that, once clients absorb the above, they’ll wonder whether their ILITs have “jumped the shark,” that is, the clients don’t feel they’re needed anymore or are just plain tired of the annual rigamarole. Perhaps the ILIT could distribute the policy to the adult children beneficiaries, and they can pay for it (with an occasional contribution from the client). Yes, the protection of the ILIT for the trust beneficiaries, including creditor protection, estate tax exclusion and spendthrift tenancies will be lost but so will the complexity. And the children’s stewardship of the policy will be a good test of … whatever.

There’s  a significant group of clients for whom estate taxes became irrelevant and/or immaterial after the exemptions doubled a few years ago. Now, however, an “accelerated sunset” will bring a new dawn of estate tax exposure. But will clients care? Any couples in this group who don’t have to deal with ILITs crying out for attention before year-end might very well shrug off these latest developments. And why not? Their estate planning documents will still “work.” There’s no change to the marital deduction, so there will still be no tax when the first spouse passes away. Anyway, they’ve seen that the estate and gift tax laws have more turnover than a pancake griddle. Before you know it, the exemptions will be back up. So why bother?

However, for others, particularly those who won’t have the benefit of the marital deduction, the new law could cause a tectonic shift in their thinking. They may be concerned enough to prepare to move before the date of enactment if that’s required. And that move could certainly involve forming and funding new ILITs. It could also involve transferring (or selling) existing life policies to these new ILITs, again before date of enactment. There will obviously be a certain amount of redundancy between the planning discussions with this group and the prior group, as both have to concern themselves with trust design and long-term funding of the ILITs in a decidedly unfriendly transfer tax environment. Planners will probably also explore alternatives to ILITs altogether, such as partnerships.

Some clients will want to use split-dollar or other leveraged techniques to preserve their exemption or use someone else’s money to fund their ILITs. So that they prevent the past from being prologue, planners can work with the life insurance professionals to fashion approaches to the plans and the design and funding of the policies so that clients have more control and flexibility to manage the arrangements and reduce their risk than in the past. That should be interesting!

What if you have clients who would like to avoid the three-year rule (IRC Section 2035) by selling their policy to a grantor trust ILIT? This is a common situation that could be even more so in light of the proposal to accelerate the sunset and reduce the gift and estate tax exemptions. Say a client owns a large life insurance policy. They decide that now would be a good time to “do something” to remove the policy from their taxable estate. They could simply transfer the policy to an ILIT as a gift, but as they’ve been told more than three times, the policy will be pulled back into their estate if they die within three years of the transfer. Besides, they’re reluctant to use more gift tax exemption. Their advisors have suggested, more than three times, that a properly designed sale of the policy to a grantor trust ILIT for full consideration won’t be a gift and will avoid the three-year rule. What’s more, the sale won’t be a taxable transaction under Revenue Ruling 85-13, nor will it be a transfer for value under IRC Section 101(a). Under the new proposed rule, however, a grantor trust ILIT will be considered a third party, rendering the sale a taxable event and, absent another exception, a transfer for value. This result would obtain only if the sale occurs on or after the date of enactment to a trust created then, which means that there’s still time to sell the policy to an existing ILIT or establish a new one before date of enactment and then make the sale.