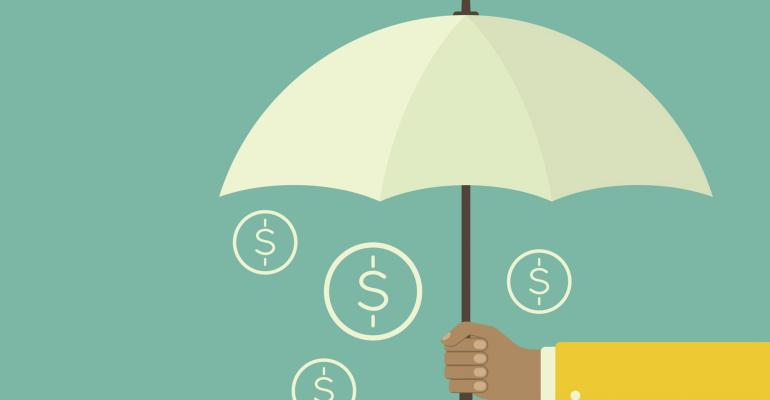 Clients need to make corrections to account for changes in interest rates.

There’s such a lack of understanding about how life insurance actually works (not conceptually) that sometimes it’s difficult to have a meaningful conversation because you have to back up so far to establish a point of commonality. Even when people don’t fully understand it, they still have a fundamental, base level understanding, but even that’s generally wrong. It isn’t easy to destroy a foundation that someone believes is sound.

Advisors should have a working knowledge of life insurance so they can help lead their clients through the process. When I’m working with someone who has a policy that’s dramatically underperforming and I explain to him how the policy works, that the drastically reduced interest rate market will cause his policy to collapse when the cash value is exhausted, he’ll nod dutifully as though he understands. Until I see a visceral reaction, I don’t know if he really gets it. He’ll look at me and say, “I get that, but my death benefit is still there so do I really care?” See what I mean? Until his face turns red and he starts yelling about the crooked industry, I have to keep pushing and prodding because telling someone that even though he dutifully paid his premium out of pocket each and every year, as illustrated on the original sales ledger, doesn’t translate into actually getting a death benefit. By the way, most permanent insurance works this way, even most of the whole life policies I see.

I’ve tried to come up with an analogy that almost anyone can understand as to why most life insurance acts the way it does. Following is my best stab at it.

With life insurance, your client’s premiums today are more than the actual cost to insure him. The excess is put into a side fund that earns a return over time. Then, in the future, when the cost to insure your client is greater than the premium, expenses are subsidized by the side fund so the policy doesn’t starve to death.

So far so good? Let’s go a little further. Your client’s retirement funding is based on some assumptions and expectations. To know how much your client should put away into his retirement plan side fund every year, he has to make decisions regarding his expenses in retirement and what his investment earnings will be over the coming decades. Sometimes this works out and sometimes it doesn’t. Sometimes his expenses will be greater than he thought. Sometimes he won’t earn as much on his investments as he expected. When this happens, your client intellectually knows that the formulas he originally worked by aren’t going to pan out and he has to adjust. Sometimes the adjustment is putting more in the side fund and sometimes it’s reducing expectations regarding what your client can live on later.

With life insurance, the funding is also based on some assumptions and expectations. To know how much to pay in premiums for a certain number of years, your client has to make decisions. These decisions include how much insurance he wants in force and for how long, as well as his expected earnings over the coming decades. Sometimes this works out as expected and sometimes it doesn’t. If it doesn’t earn as much cash value as expected, your client needs to understand that the formulas he originally worked by aren’t going to pan out and he has to adjust. Sometimes the adjustment is putting more in the side fund and sometimes it’s reducing expectations regarding the death benefit that can be supported later and for how long.

If your client doesn’t earn what he expects in his retirement plan, he knows things won’t magically pan out per his expectations. If policy owners truly understood life insurance and they realized the projected crediting wasn’t being realized as expected, they likely wouldn’t expect their life insurance to magically perform as expected.

The Difference: Lack of Understanding

Prior to the 1970s, life insurance was a fixed product. There were rate books and an agent could take out a slide rule and calculate the premium, cash value and death benefit for any given year for someone. There weren’t any moving parts and things were guaranteed.

In the 1970s, with the advent of the computer, everything started to be modeled. This modeling incorporated assumptions. Furthermore, these assumptions were variable. The modeling also had a fatal flaw, which continues to this day, in that whatever assumptions were put into the computer were expected to stay exactly the same forever. Forever is a long time.

Most of us are generally aware that when something is based on assumptions, management becomes important. However, the consuming public never really made that jump regarding life insurance. I can assure you that today, most policy owners mistakenly believe that their life insurance is as guaranteed as it was back in the old days when it actually was. Of course there are guaranteed policies today, but even they don’t always work as understood. Also, many people will tell me they intellectually understand this, but that their policies are in the realm of the guaranteed. Many of them are woefully mistaken. “But my agent told me so,” they say. I don’t really care. Until I see it, I’m going to assume it’s not.

What do we know about retirement planning today? Better yet, what did we “know” about retirement planning in 1999? Blind monkeys throwing darts could get 20 percent a year in the stock market, right? People were doing conservative planning assuming 10 percent. When exceedingly high returns are projected forever, the required contributions are very low.  Assumptions were dashed. Corrections were made. Those who didn’t suffered.

What do we know about insurance crediting? In the 1980s, permanent life insurance policies were crediting double digits, even conservative whole life policies. When policy owners calculated required premiums to fund their insurance assuming an exceedingly high rate of return that was assumed to stay high forever, the required contribution was quite low.  Assumptions were dashed. Corrections needed to be made. Those who didn’t suffered.

What about a 1980s era life insurance policy? 12 percent wasn’t out of line at all, even with whole life. Four percent isn’t uncommon today. With a traditional investment, for every $1 million your client wants in 40 years assuming 12 percent, he has to put away $1,164. At 4 percent, that payment is $10,119! Here’s the punch line: if your client was paying $1,164 in insurance premiums for his policy incorporating 1980s era assumptions, what does he expect to be happening when he now plugs in 2016 assumptions? A 35-year continuous decline in the interest rate markets that drive most life insurance policies means something. If consumers truly understood their insurance, they wouldn’t expect their 1980s, 1990s and even their earlier 2000s life insurance policies to be supportable in today’s interest rate markets. They would be making the requisite corrections.