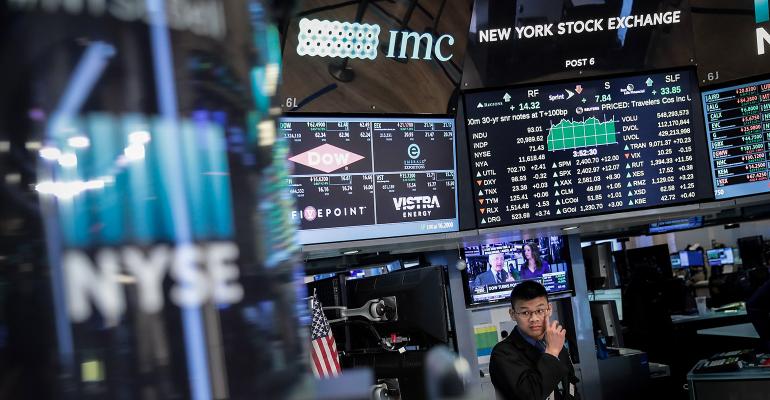 The True Meaning of the S&P 500 Index

It may not be what you think.

Have you ever heard something so often that you take it for fact but you don’t really understand what it means?  What if I told you the S&P 500 Index isn't really what you thought it was?  Would you believe me versus everything you ever understood it to be?  Probably not.

The total return of the S&P 500 and the S&P 500 Index are meaningfully different things. The S&P 500 total return is what you likely understand it to be; the actual return you would experience if you held the stocks that constitute the S&P 500. The S&P 500 Index, on the other hand, doesn’t include dividends. One can’t directly invest in the S&P 500 Index. I bring this up as it relates to indexed universal life (IUL) insurance, the fast-growing sector of the life insurance market and the “product of the day.” I don’t think it’s a bad product, it just needs some ‘splaining.

So there’s a difference. What does it mean? When you think of the long-term return of the S&P 500, what comes to mind? Most people think double digits, somewhere between 10 percent and 11 percent today, maybe down a hundred or so basis points from the general understanding before the Great Recession. They would be right. What about the S&P 500 Index? Substantively different.

There are some calculators online that allow you to put in any range of dates to receive multiple pieces of data, including the annualized return with and without dividends. I had some fun putting many date ranges in to see what came back.

But first, why do I care? Why would you, as an advisor, care? Because almost none of your clients understand how the fundamental difference between the total return and the index is instrumental to the funding and eventual success of their Index contracts.

The AG 49 regulations last year limited the projected interest rates carriers could use in their life insurance sales ledgers. The high projected rates were a bit silly, and the regulations reined that in a bit. The actual rates that can be used are a factor of how a particular product is built but generally fall in a range from the high fives to low sevens. This sounds pretty reasonable when considering a double-digit long-term return in the markets, doesn’t it?  There’s more to the story.

Back to the calculator. I ran calculations for multiple time frames over many decades. For example, I ran 1920 to present, 1930 to present, and every 10 years through 2010 to present. I ran 10- and 20- and 30-year periods starting at various points through history—scores of ranges.

Clients are hearing one thing while something substantively different is happening. If a client is being proposed a policy that assumes 6.28 percent (real-life case recently) and believe this is off of the 1980 to 2017 total return of 11.42 percent, they would feel much more comfortable than if they realized it was really off of an 8.51 percent return without dividends. From 1930 to 2017, that number is 5.49 percent, less than the assumed crediting before any expenses.

All of this is before the expenses the insurance company must incur to buy the options to credit the policies in the up years. This is necessary because your clients’ premium dollars aren’t actually being invested in the Index, they’re going into the general account of the insurance company. Given the exceedingly modest rate the carriers are getting on their investments nowadays, and that they have to spend some of that money on buying options, well, the expense ratios of these contracts can get pretty steep before even looking at mortality costs, commissions and running a company.

If your clients understood this, would they be a bit more conservative concerning the assumptions on which these products are being constructed? Also, remember that these historical rates are primarily based on performance from a time with significantly higher risk-free interest rates.

Are the AG 49 regulations helping? Sure, they’re helping, but they aren’t a failsafe. The 6.28 percent rate isn’t being shown because it’s conservative; it’s being shown because it’s the regulatory maximum that can be shown.  Additionally, it’s cherry-picked as the best illustratable return of multiple potential Index calculations the carrier offers. Just because one can show 6.28 percent doesn’t mean one should show 6.28 percent. That’s like saying one should run variable life proposals assuming 12 percent because that’s what the regs allow. That would be insane.

What else is there to consider? Sequencing of returns! Linear returns and dynamic, real-life returns are dramatically different. In other words, it’s not just what returns one gets, it’s when they get them. There’s independent modeling available that randomizes returns as a Monte Carlo simulation would to see how a proposal would fair in a more real-life scenario. The results aren’t pretty. A sales ledger that looks responsibly funded has an insanely high chance of falling apart given more realistic sequencing of market returns. It’s important to realize that the everyday sales ledger, from which your client is making decisions, isn’t even a remote possibility. What’s being used is a sales tool that’s only capable of showing something that’s a statistical impossibility.

Additionally, the expense structures of these contracts affect performance dramatically. Need proof, try stress-testing a contract by changing assumed crediting rates, even minutely. What you may discover with contracts that use an Indexed product to look competitive is that an infinitesimal change in assumptions can have a devastating effect on the sustainability of a policy.

One insurance company I know of has a “rate translator” available. This is a tool they offer for agents, advisors and consumers to use for determining a realistic crediting rate in their illustration software given an expected market return. In this situation, I actually like the fact the proposed policy and the tool are with the same carrier, not an independent organization, because when we’re looking at the 6.28 percent crediting rate, that very carrier’s own tool calculates that to use 6.28 percent, one must assume a 10.15 percent long-term equities return. How many of your clients are comfortable assuming this? Is there any other part of their portfolio they would be willing to invest this aggressively when they are 70, 80 or 90 years old?

The translator’s 25-year look-back rate is only 6.79 percent. Who’s willing to assume future returns 336 basis points greater than the average of the past 25 years?

One last thing for now: the translator needs an input for guaranteed minimum crediting, which is 0 percent in this case, and a cap, which is currently 10.5 percent. However, that cap isn’t guaranteed. The only guarantee is the cap can’t go below 3 percent. If I change the cap in the translator from 10.5 percent to only 10 percent, the required equity return goes to 11.1 percent. When I input a 9 percent cap, the translator wouldn’t allow me to assume a rate high enough to warrant a 6.28 percent crediting rate because it’s is limited to a 12 percent equities return.

Why does this matter? The cap rates have been coming down. As difficult as it is to justify the rates being used today, if the cap rates continue to come down modestly it would necessitate an equities return that’s realistically unfathomable.

A final concern is that policy owners buying equity-associated contracts today should be aware that they’re going in at the top of the market. The statistics and modeling predict failure for many IUL transactions as they‘re constructed even if this wasn't the case, but being so far into a bull market and at or near record stock market levels, entering into these types of transactions meaningfully adds to the risk of these products working as expected.