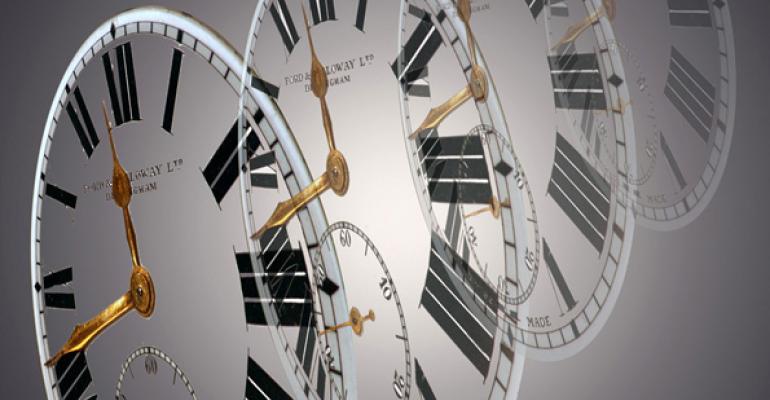 It’s impossible to be too careful.

Much has been made of the sensitivity of guaranteed universal life (GUL) contracts to the timing of premiums, and for good reason. Many policies don’t have the grace periods of more traditional policies. A premium that comes in late may slightly affect the internal formulas that determine the guarantees and, consequently, the policy may not last as long as expected.

Another potential problem, though somewhat counterintuitive, is when GUL premiums are paid too early. This is a real issue because given the sensitivity to late premiums, it’s often beat into GUL contract owners to pay the premiums on time, which generally means early.

However, no good deed goes unpunished. I order in-force ledgers every year for every policy I’m involved with, even single-pay GUL contracts. Believe me, I’ve found more than a couple of home office mistakes, let alone policy owner and trustee oversights and agent errors. I’ve been involved with a $3 million second-to-die SGUL (survivor GUL) for years that I put in force on a guaranteed 20 payments of $18,978.36 a year.

To date, every year the ledger has shown what we expected and it goes in the file until next year. The policy date is Feb. 1, 2007. This year, the in-force ledger shows the death benefit lapsing at age 99 of the younger insured. That may still be decent about four decades from now, but it’s not what was put in force, not what the clients are paying for and, given the joint life expectancy of two healthy individuals, the chances of one of them outliving the policy is real.

My first thought was that the premium was paid late this past year, so I referenced the annual statement and saw that it was paid and applied in January, as would be expected. So, I have a ledger from the carrier from one year ago that shows it guaranteed for life, and one this year that shows something different though the premium was paid on time. What gives?

The premium was paid too early.

The early payment of the premium is an issue now and wasn’t in any of the other years the premium was paid in January because of the internal mechanics and charges of the policy.  Many contracts have a fixed premium charge for the first 10 years and a different one for years 11 and on. Let’s say the annual premium expense for Year One through Year 10 is 10 percent, and for Year 11 and later it’s 5 percent. If you pay the premium early in Years One through Year 10, the charge is 10 percent regardless. However, the guarantee formula for this contract assumes that the Year 11 premium is being charged at 5 percent. If it’s paid in January, which is technically still in the first 10 years, a 10 percent charge is being taken out of the premium that’s twice the anticipated charge. It’s like cutting a $950 check for this year less than what is due (5 percent of $18,978). That difference is enough to violate the guarantee formula and cause the policy to lapse early. Seriously.

This was all my assumption, but I kept it quiet when approaching the carrier asking for an explanation. They confirmed it for me exactly. Furthermore, without even pushing, they reapplied the premiums as of Feb. 1, 2017 and reran the ledger showing a guarantee to 120. Good for them. Not every carrier may be this cooperative. I’ve been in fights where I’d recorded proof a carrier made an actual mistake and they wouldn’t come clean. Others have retroactively changed the formulas or instituted grace periods that give a month leeway on either end. Some will change it if you catch it and call them on it, others will let it slide if no one says anything. The problem is, if a given carrier hasn’t made accommodations for this, it may be quite impossible to pay “on time” unless the check is delivered and applied on a single given day (which is effectively impossible to ensure), or the premium will either be early, late and there may be problems.

As an aside, this may be a reason to not put a policy in force for $18,978.36 rather than round up to $19,000 or even $19,500. Calculating something to the penny gives a contract no buffer and makes it more susceptible to the issues we are discussing. Is that premium difference worth risking the entire death benefit of a policy? Do you think it might not be significantly more difficult to go back 10 or 20 years, prove this to a carrier and get them to make amends? We’re not even talking about “wasting money” here. I’ve done this previously — before the 20th and final premium was due, we had the carrier calculate the exact premium to maintain the guarantee for life, then paid that exact amount which “got us back” our over payments with interest.

The bottom line is this is one more call for vigilance at a level that’s unrealized to the consumer market, unpracticed by a vast majority of agents, unknown to even most professional trustees and clearly unreasonable except for the fact it’s mandatory given the realities of the world.