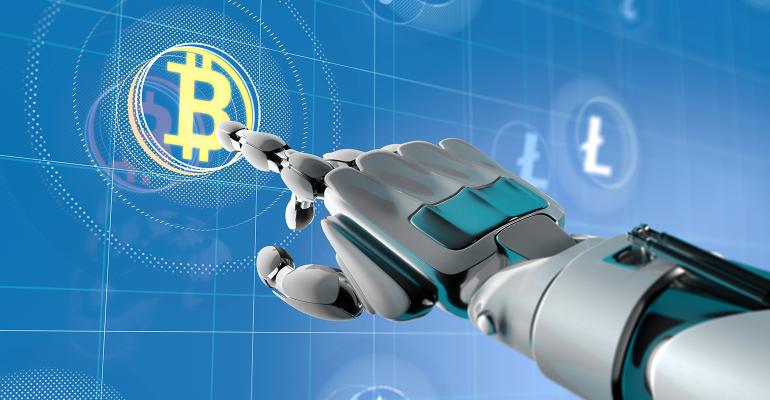 Stolen Crypto Millions Paid Back for Cents on Dollar, Guaranteed

Tales from the burgeoning crypto-underwriting business.

In the staid and buttoned-up world of insurance underwriting, few want to talk about it. You won’t find many ads promoting it or details on company websites offering it.

But according to industry insiders, there’s a hot new business that more and more firms are looking to get into: crypto insurance.

It’s understandable why big names like AIG, Chubb and XL Group haven’t provided too many specifics. On its face, providing coverage to crypto startups might seem borderline absurd. It’s an industry with a well-deserved reputation for being like the Wild West -- an unregulated digital frontier where frauds and heists are rife (recall the hacks of Mt. Gox, and more recently, Bitfinex and Coincheck) and get-rich-quick schemes abound. The collapse in the price of Bitcoin this year hasn’t helped matters either.

But as cryptocurrencies, and their underlying blockchain technology, slowly gain broader acceptance, some insurers are betting they can avoid the pitfalls. The premiums from insuring such risk can be substantial. By some accounts, underwriters can charge a crypto-related company upwards of five times or more than your average business for coverage against loss or theft.

‘Big Opportunity’
“Insurance for cryptocurrency storage will be a big opportunity,” said Christian Weishuber, a spokesman for Allianz, which began offering individual coverage for digital-coin theft in the past year and is one of the few insurers that agreed to talk about the issue. “Digital assets are becoming more relevant, important and prevalent on the real economy and we are exploring product and coverage options in this area.”

While the cost is still beyond reach for many fledgling companies, Marsh & McLennan and Aon, the two leading insurance brokers that help companies shop for crypto policies, say business has been brisk this year. For the first time, Marsh formed a team of 10 dedicated to servicing blockchain startups.

Aon, which claims to have over 50 percent of the market for crypto insurance, recently streamlined its standard policy form to speed up the underwriting process. It has also seen some insurers tweak general company policies to include crypto-specific protections.

Marsh and Aon declined to identify their partners, but people familiar with the matter say over a dozen underwriters, including Chubb and XL, currently provide coverage to crypto-related businesses. American International Group, which has also been adding crypto coverage into standard policy forms, said it’s met with cryptocurrency custodians and trading platforms about coverage. The firm declined to say how much in crypto-related premiums it’s taken in.

Few Details
XL said it is “being careful when looking at those risks and analyzing them on a case by case basis,” without getting into specifics. Chubb said in a statement that it doesn’t pursue the underwriting of insurance for “cryptocurrency exchanges or wallets,” but declined to provide details on whether it offers coverage for other types of crypto ventures.

So far, Marsh and Aon say they aren’t aware of any insurer that’s had to pay out crypto policy claims -- in spite of the spate of headlines about hacks and thefts in recent months.

With 2018 on track to be the busiest year for hacks on record, the potential for a reputational black eye is perhaps one reason many insurers have declined to speak publicly about crypto. Lloyd’s of London, the world’s oldest insurance market, published a bulletin this month with guidance on crypto coverage and asked its agents to “proceed with a level of caution that recognizes the risks.”

Big Shift
What’s more, there’s also the worry some startups will overstate the amount of crypto insurance they have.

“Quite honestly, it’s something insurers are aware of and cautious about too,” said Jackie Quintal, Aon’s practice leader for financial institutions. “They don’t want an advertisement to say, ‘We are insured with ABC insurance company’ and for it to be inaccurate or misleading. It’s definitely a concern.”

Privately though, potential clients have noticed a shift.

BitGo, a cryptocurrency services provider, met with roughly 75 insurers during a May trip that included stopovers in New York, London and Bermuda. Back in 2015, the company became one of the first to get crypto insurance, only to drop coverage a year later because of the expense, says Chief Executive Officer Mike Belshe.

“They aren’t just kicking the tires,” he said. “They are asking very specific questions so they can assess the risks.”

Inevitable Haircut
A growing number of crypto startups see insurance as a must-have.

Based on conversations with several brokers and industry experts, crypto companies typically seek out crime and cyber coverage, as well as policies known as directors-and-officers insurance, which covers losses the arise from legal actions against executives or board members. They can end up paying up premiums as high as 5 percent of their coverage limits each year.

Those looking for larger amounts of coverage often need as many as a dozen underwriters, with each offering $5 million to $15 million of insurance, according to a person familiar with the matter. The practice ensures no single insurer is ever on the hook for too much when disaster strikes.

“To somebody that has just raised a meaningful amount for a project of their dreams, taking a haircut to avoid a disaster is only natural,” said Lex Sokolin, global director of fintech strategy at Autonomous Research.

Techno-Utopian Dreams
It’s no small irony that the crypto industry, which originally sprung out of a techno-utopian desire to liberate its users from the traditional financial system, is embracing insurance as a way to go mainstream.

“I see it is a required step,” said Lucas Nuzzi, director of technology research at Digital Asset Research. Coverage can reduce investor concerns and make it easier to work with banks. “It definitely helps legitimize the industry.”

For example, Trustology, a London-based startup focused on crypto custody services, is in talks to obtain coverage that would insure its customer accounts up to 85,000 pounds -- the same standard as a U.K. bank account -- to help attract more clients. It’s also looking at self-insuring client funds.

Still, nothing is perfect. Many young startups still can’t afford the costly premiums. Policies can still take months to get approved. And exclusions can add up fast. For example, while losses from an interruption of service may be covered, the theft of cryptocurrency that caused it might not.

Another sticking point is that coverage amounts often fall short of the sums that could potentially be lost.

Coinbase, one of the most widely used crypto exchanges, buys insurance for a fraction of the digital coins it holds. Funds stored in so-called hot wallets, which may contain up to 2 percent of client assets and are used in active trading, are covered. Coinbase’s disclosures don’t provide details on how much coverage is provided for its remaining coin deposits, which are stored offline as a security measure.

And as the value of cryptocurrencies fluctuates wildly and trading becomes more widespread, insurance that once fully covered a company’s assets can come up short as they balloon. That’s what happened to crypto-finance firm Circle Internet Financial, which holds billions of dollars of assets for its customers, according to CEO Jeremy Allaire.

True Believer
Marsh’s Greg Spore says the insurance industry is simply trying to be prudent when it comes to crypto.

But Spore himself, who’s been with Marsh for two decades, is also a crypto believer, which doesn’t hurt when you’re in the crypto-insurance business.

“I am a huge blockchain technology enthusiast.”