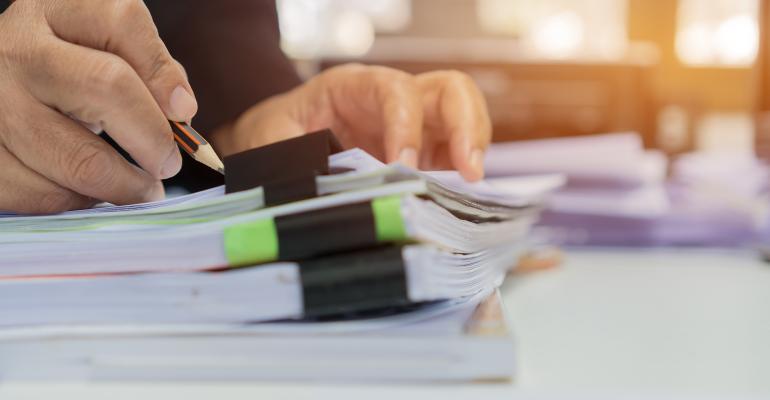 Two times recently, I’ve had families come to me with life insurance policies for parents approaching age 100. After hearing rumblings about potential problems and being unable to get solid answers, they came to me to figure things out.

For one, I had to deliver bad news, and, for the other, I could offer good news, though it was conditional. I’ve written about this before, and it seems to be becoming a more common issue. An associate recently let me know he had also dealt with two such cases in the past few months.

There’s been an evolution regarding what happens with life insurance at age 100. While we sometimes use the word endow generically, endowing is technically what happens with a traditional whole life (WL) policy at policy maturity. The maturity date is the date the policy terminates and is often age 100, but not always. Newer policies have a maturity date that extends far beyond age 100, usually age 125 or so.

Endowing at maturity means the policy's cash value equals the death benefit, and the cash value is paid out, even if the insured individual is still living. At first glance, this may not seem so bad. The insured gets the money while alive and doesn’t have to experience death for someone they care about to enjoy the money, maybe even themself. However, there’s a significant downside.

Almost assuredly, the policy in question is in a significant gain position, or at least we hope it is. The basis in the contract is likely the cumulative premiums paid in, and any cash value in excess of the basis is taxable. Because of the unique tax benefits of life insurance, the gain is taxed as ordinary income, not capital gains. For example, a $1 million policy with a $250,000 basis will be subject to ordinary income tax on $750,000. Even if this were for someone in a modest income tax bracket, the year the policy endows wouldn’t be so modest. We’re talking about massive taxation.

With universal life (UL), the policy doesn’t have to endow contractually. While it may sound odd, UL doesn’t have actual premium like WL and term. The “premium” is just a calculated contribution, based on current assumptions, for the policy to hit a given target, not unlike retirement planning. If assumptions change, the premium needs to change to hit the same target. It’s more akin to a defined contribution plan. Also, the policy can be built in any number of ways. This means that there must be a target cash value input into the system to calculate the required cash flow. For a $1 million policy, the system can be instructed to calculate the necessary cash flow (premium) to have $1 million of cash value at age 100, or $500,000 of cash value, or $1 of cash value. It can even be designed to not even make it to age 100.

If policy crediting rates decrease or policy expenses increase, the calculated cash flow into the policy must be changed to stay on target. Though this was introduced over 40 years ago, the consuming public is still largely unaware, thus the multitude of failing policies.

The next generation of policies allowed for the full death benefit to stay in force if the policy had at least $1 of cash value at maturity. It’s a lot easier to fund a policy to have $1 of cash at age 100 than fund it to have cash value equal to the full death benefit. The massive mortality charges late in life often made it realistically impossible to do so. In many situations, it’s not financially possible to even get to age 100 with a buck of cash value. Think about the mortality charges on a million dollars of insurance on a 99-year-old!

Next came a generation of policies with a premium that assured the policy made it to policy maturity and beyond, regardless of cash value. You could look at an in-force ledger and see zeros in the cash value column with the death benefit staying in force.

With that history lesson, we can see that the first requirement is to read through the policy contract to determine what chassis it was built on. Then we need to know how the policy was designed and funded. This is outside the ability of most policy owners, and most of their advisors don’t know where to look and how to read what they find. It’s a familiar story that I’m told a policy owner’s family has asked many questions, only to receive much conflicting information, if not blank stares.

Who Can You Trust?

If that wasn’t too much, another wrinkle is too often thrown in. Does whomever the family is talking to at the home office of the policy in question know what they’re talking about? One should certainly be able to trust information from headquarters. It may sound like I’m trying to scare people, but the number of instances of wrong information is frightening. It’s disappointing that I know more about a life insurance company’s policies than too many at the home office. I have more institutional knowledge and memory than some customer service reps, many of whom haven’t been alive as long as I’ve been in the industry.

For the family I could give good news to, it was predicated on an action being taken. Mom was 99 ½ years old when they came to me. They were scared to death the policy would fail on her birthday. It was put in force 20 years earlier with a seven-figure single pay, so we’re talking about a meaningful death benefit.

The original issuing insurance carrier is no longer in the life insurance business, and another carrier owns the policy. Furthermore, the new carrier doesn’t manage the policy. Management is handled by a third carrier.

I could determine that the policy was on track to make it to age 100 because of a death benefit guarantee rider, even though the cash value had gone to zero a couple of years prior. I wanted to verify this, so I ordered an in-force ledger. The company sent a ledger to the trustee showing a seven-figure premium at age 100. I determined this was in error and demanded a new, corrected ledger. Weeks later, we got it.

Ready for a surprise? It’s not uncommon for a policy to have the ability to stay in force beyond age 100, but it doesn’t always do so automatically. The policy language gives the policy owner the right to send a request to the insurance company to keep the policy in force beyond the stated maturity date. Did you get that? The company will maintain the life insurance policy and death benefit but only if you ask them to. The alternative is the policy lapsing at age 100 with no value, rather than staying in force for millions of dollars while requiring no additional premium.

In the contract, I noted that the policy owner had to submit the extension request 30 days prior to the policy anniversary closest to the insured’s 100th birthday. Fair enough. I drafted the letter and sent it to the trustee for signature and submitted it. With the submission, I requested a response assuring the family everything was in order and the policy would stay in force. What I got back was disappointing. I was informed that the request couldn’t be submitted until 60 days before the deadline. This wasn’t stated in the policy contract, so I started arguing.

Let’s review. The policy, with a lifetime guarantee feature, would lapse with no value unless the policy owner sends a request, and then the multi-million-dollar death benefit would be salvaged. However, this request purportedly had to be submitted in just a 30-day window right before policy maturity. So the trustee had to know this, and do something about it, 20 years after the policy was put in force, or all was lost.

I’m just spitballing here, but I’m suggesting that’s evil. If there was ever proof that an insurance company would go to great lengths to screw a policy owner, I don’t know how this couldn’t be it. No wonder people don’t trust insurance companies. At least I understand, so I deal with them accordingly.

Bill Boersma is a CLU, AEP and licensed insurance counselor. More information can be found at www.OC-LIC.com, www.BillBoersmaOnLifeInsurance.info, www.XpertLifeInsAdvice.com or email at [email protected] or call 616-456-1000.