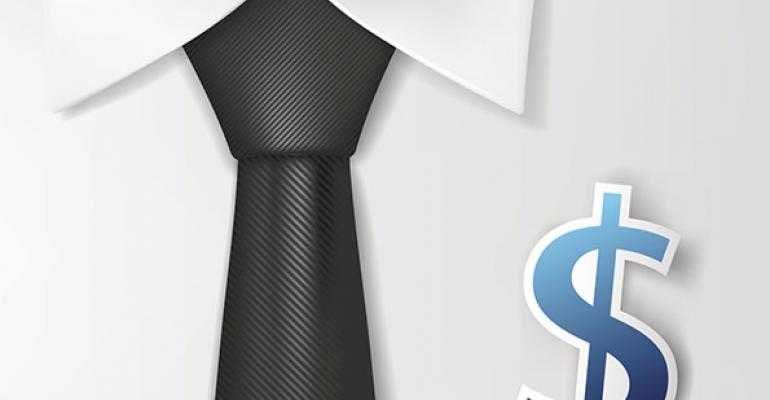 Tax Court removes significant barrier to use of this strategy

In what appears to be a case of first impression, on April 13, 2016, the Tax Court ruled for the taxpayer in Morrissette v. Commissioner (146 T.C. No.11). At issue was the question of whether a split-dollar life insurance arrangement involving a lump-sum premium payment by one party (an elderly and permanently incapacitated mother, in this case) to acquire life insurance insuring another party (each of her three sons) would be deemed a taxable gift to the extent that the premium payment exceeds the value of current life insurance protection. The court ruled, in summary judgment, that such a split-dollar arrangement isn’t a gift and that the value of the current life insurance protection is determined using the economic benefit regime set forth under Treasury Regulations Section 1.61-22 issued in September 2003.

In 2006, the conservator for 93-year-old Clara Morrissette established dynasty trusts for each of her three sons, Arthur, Donald and Kenneth. The dynasty trusts, the three sons and Clara’s revocable trust entered into a shareholders agreement that included a buy-sell arrangement under which, at the death of Arthur, Donald or Kenneth, the surviving siblings and their respective dynasty trusts would acquire the stock of the family business held by or for the benefit of the deceased sibling. This buy-sell arrangement was funded with split-dollar life insurance arrangements insuring the lives of Arthur, Donald and Kenneth, respectively.

Clara’s revocable trust, pursuant to the split-dollar arrangements, advanced an aggregate of $29.9 million into the three dynasty trusts to pay a lump-sum premium for the life insurance policies. The split-dollar arrangements provided that on the death of an insured, Clara’s revocable trust would receive a portion of the death benefit from the respective policy equal to the greater of the cash surrender value (CSV) of the policy or the aggregate premiums paid on that policy. The balance of the death benefit would be retained by the dynasty trust and available to purchase the stock of the family business. If a split-dollar arrangement was terminated during the lifetime of an insured, Clara’s revocable trust would have an unqualified right to receive the greater of the total amount of premiums paid or the CSV of the policy, and the dynasty trust wouldn’t receive anything from the policy.

From 2006 to 2009, Clara reported gifts to the dynasty trusts as determined using the economic benefit regime using Table 2001 issued by the Internal Revenue Service. In 2010, Clara passed away, and the estate retained Valuation Services to appraise the value of the receivables owned by the estate under the split-dollar arrangements. Relying on the appraisal, the estate reported the total value of the receivables at $7.5 million, a 75 percent discount from the $29.9 million originally advanced to pay premiums.

In December 2013 the IRS issued a notice of deficiency to the estate for a gift tax liability for tax year 2006 of $13,800,179 and an IRC Section 6662 penalty of $2,760,036, asserting that the estate failed to report total gifts of $29.9 million. The notice of deficiency alternatively characterized the split-dollar life insurance arrangements as loans under Treas. Regs. Section 1.7872-15(a)(2)(i). In January 2015, the estate moved for partial summary judgment under Rule 121 on the issue of whether the split-dollar life insurance arrangement should be governed under the economic benefit regime as set forth in Treas. Regs. Section 1.61-22.

The court determined that the question of whether any additional economic benefit other than the cost of current life insurance protection is purely legal (rather than a material issue of fact) and therefore could be decided by summary judgment.

The court noted that the final regulations provided two mutually exclusive regimes for taxing split-dollar life insurance arrangements, the economic benefit regime and the loan regime, and pointed out that the question of whether the dynasty trusts would be deemed the owner of the policies, and therefore eligible for application of the economic benefit regime, hinged on whether the lump-sum payment of premiums made on the policies indirectly by Clara’s revocable trust “generated any additional economic benefit other than the current life insurance protection to the Dynasty Trusts.”

The court took note of the fact that the Morrissette split-dollar arrangement enabled the family to achieve a legitimate estate-planning objective (that is, keeping the family business in the family), whereas the purpose of Notice 2002-59 was to prohibit a transaction whose only benefit was tax avoidance. The court also dismissed the IRS argument that the lump-sum premium payment was analogous to “prepaid premiums” for future protection, which is a benefit other than current life insurance protection under Notice 2002-59. The dynasty trusts weren’t obligated to pay premiums and therefore, regardless of how the revocable trust elected to pay the premiums, the revocable trust wouldn’t “relieve the Dynasty Trusts of any obligation to pay premiums because the Dynasty Trusts were not required to pay any premiums.”

Morrissette is an important ruling for the estate planning community. Intergenerational split-dollar transactions have become more prevalent since the IRS issued final split-dollar regulations in 2003, but the use of this technique has been suppressed by uncertainty with respect to the tax result. Moreover, in a number of audits of transactions similar to those in Morrissette, the IRS has taken the position that a lump-sum premium payment should be treated as a gift to the lower generation (or to a trust for the benefit of the lower generation) even if the economic benefit regime was used to determine the value of the life insurance protection. In Morrissette, the Tax Court made it clear that the premium payment isn’t a gift if the transaction is structured properly. This ruling should remove a significant barrier to the broader application of intergenerational split-dollar for families with dynastic wealth.

As noted above, this is only a partial summary judgment. In a footnote, the Tax Court states, “We are not deciding whether the estate’s valuation of the receivables … in the gross estate is correct.” In prior cases, the IRS has settled such valuation issues on generally favorable terms to the taxpayer, giving appropriate deference to independent third-party valuations. It remains to be seen whether the IRS chooses to litigate the valuation portion of this case.

Intergenerational split-dollar (economic benefit or loan regime) is a complex form of life insurance financing, and care must be taken to structure the exit strategy either on the donor’s passing or while the donor is alive.