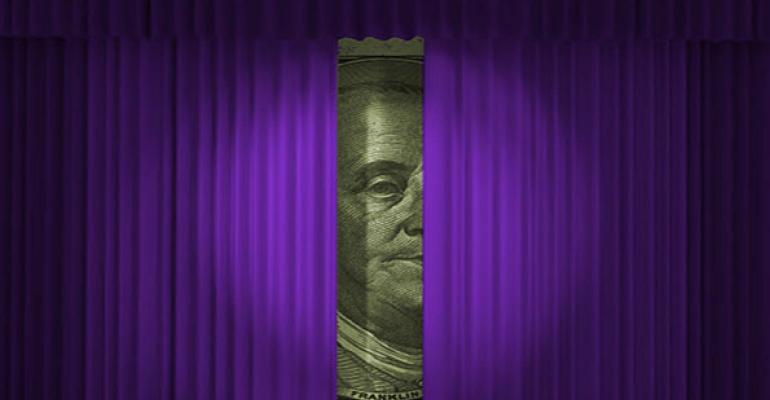 A Peek Behind the Insurance Marketing Curtain

The IUL marketing insurance companies sell the agents, who in turn, sell the public, doesn’t sit well with me.

A couple of weeks ago, I received a marketing piece from a well-known insurance carrier.

The piece went out to the insurance carrier’s agents and announced the updated cap rates and maximum illustrated rates for their indexed universal life (IUL) products.  As has been the case for many years, they’re all going down.  This means that whatever the S&P 500 (or whatever index is being tracked) grows at, the maximum crediting rate in good years will now be at the lower cap rate.  There’s no judgment here; it is what it is, but it will suppress the future performance of the IUL contracts and make it even more challenging to support earlier projections and for policy owners to attain their goals.

The copy reflects a decrease in every one of a couple dozen indexes for multiple different policy series, from two figure basis points to as much as multiple hundreds of basis points.  (Remember, I have to be very fuzzy here.)

This doesn’t make this insurance company any different or worse than others; they’re all in the same boat.  But I’m going to pick on something they related in their piece, though, unfortunately, it’s not unique to them.  Everyone knows that virtually all companies spin things, especially bad news, and this company isn’t any different.  However, when does spinning go too far?

In light of the negative announcement, the carrier reflected on its strong history.  This includes recalling the launch of their very first IUL product many years ago and what the annual average crediting rate has been since then.  It’s an impressive rate for a life insurance product, especially for a non-securities-based contract, such as an IUL policy.  Of course, gross crediting rate and actual return aren’t the same number by any stretch, and the return on premium to cash value is likely hundreds of basis points lower than the advertised crediting rate in most situations.

The piece acknowledges that the maximum illustration rate is lower than the long-term crediting rate and that past performance isn’t a guarantee of future performance.  Then they state that those long-term rates demonstrate the value of the products.

There are two primary reasons the long-term rates are as attractive as they are.  First, the S&P 500 has been on a tear since the IUL policy was launched, averaging about 15% annually.  Second, the cap rates over the entire time the product has existed were higher than now, hundreds of basis points at times.  Prospective policy owners are now making decisions at a point in time when the market is high, and the cap rate of the policy is roughly 50% of the long-term actual S&P 500 return that’s driven the crediting rates they’re crowing about.  It’s a definitional impossibility moving forward.

Here’s the math using made-up numbers that are, nonetheless, a realistic example of what I’ve seen a few times with different carriers.  Let’s say the long-term crediting rate of a given S&P 500 Index IUL product is 8%.  Then we’ll say the current cap rate for the product is 7%.  You can’t have 8% crediting when your cap rate is 7%!  I think it’s safe to say that everyone realizes that can’t work.  Yes, I know they’re not actually saying that you’ll get 8% in the future. Still, if you try to tell me they’re not insinuating something much more positive than is likely, or even possible, I’ll reply that you’re being disingenuous.  The long-term history of 8% is meaningless when you can’t get more than 7% now, so what’s the point of focusing on it?

You know what?  I used to be able to dunk a basketball, two hands from standing under the net.  But guess what?  I can’t now.  But I’m letting you know I used to be more athletic, so that should mean something to you moving forward.  It’s still evidence that I’m great.  You buying it?

Dredging up those numbers is misleading because they aren’t even possible, but it’s worse than that.  Based on the current cap, modeling suggests the actual crediting rate would be in the range of 4% to 5% gross assuming the coming 30 years tracks the past 30 years with the current policy cap rate.  After policy expenses and mortality charges, there will hardly be anything left, even if the S&P 500 returned 15%.  That’s just the way it works.

This is marketing the insurance company sells the agents who, in turn, sell the public.  It doesn’t sit well with me.

Bill Boersma is a CLU, AEP and LIC. More information can be found at www.OC-LIC.com, www.BillBoersmaOnLifeInsurance.info. Call 616-456-1000 or email at [email protected].