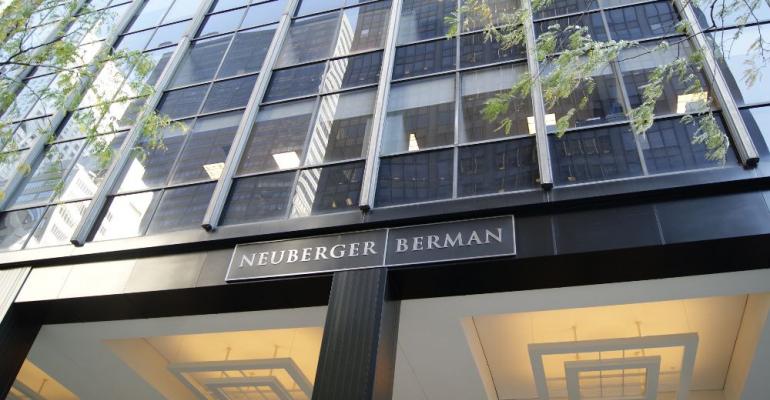 While money managers struggle against the passive juggernaut, Neuberger Berman has been quietly scooping up pension and insurer clients. Its strategy is by design “hard to replicate.”

(Bloomberg) --Matt Malloy left America’s largest bank for a much smaller firm two years ago. After overseeing almost $80 billion for insurers at JPMorgan Chase & Co., he jumped ship for a rival team at Neuberger Berman Group LLC with about a third of the assets.

It was a canny career move. Within a year, the 47-year-old was promoted to run the North American institutional business. At a time when active managers are struggling against the passive juggernaut, Neuberger has been quietly and methodically catering to institutions by focusing on strategies that are bespoke and hard to replicate. The result: Its institutional assets have grown in each of the past five years, increasing about 45 percent since 2011, to $183 billion as of Sept. 30.

It’s part of George Walker’s strategy for Neuberger. The firm’s chief executive officer has waded into the global market for insurers and pension assets that’s also being targeted by his largest rivals: ­JPMorgan, BlackRock, and Goldman Sachs Group, which earlier this year estimated the overall insurance and pension market to be more than $40 trillion. Malloy has expanded his team by hiring from each of those companies and has been winning business from Alaska to Taiwan. “We do well with the largest, most sophisticated clients,” Walker says. “For people who want to buy brand names, they are going to be far more attracted to a BlackRock Inc. than they will to a firm that sounds like a fine German law firm.”

The CEO is proving it’s not always a game of scale—a contrarian view when firms around him keep merging for growth. His institutional business is a fraction of the $1 trillion in institutional funds overseen in active strategies at BlackRock, the world’s largest money manager. And for Malloy, a big reason for the jump “was an opportunity to build something,” he says.

Being smaller and independent can be valuable, according to Walker. He points to Goldman, where he spent 14 years. “I was struck by Goldman as a private, independent, employee-owned investment bank and the culture that existed 25 years ago,” he says. That partnership vibe is hence what he’s trying to re-create, he says, pointing out that Goldman’s culture wasn’t premised on sheer size. “It wasn’t the biggest bank,” he says, his jacket off and light blue shirt sleeves rolled up. “It was a special place and has a special culture.”

Walker was hired in 2006 by Lehman Brothers Holdings Inc. to run an investing division. He and his management team navigated the financial crisis and Lehman’s meltdown, culminating in a deal that separated Neuberger Berman’s operations from the bank. The firm became fully owned by its employees in 2014, and earlier this year it began renting 15 floors in Midtown Manhattan across the street from UBS Group AG, the Swiss bank where fund flows have been volatile. He’s also down the road from AllianceBernstein Holding LP, where Walker’s former Goldman colleague Peter Kraus was recently ousted as CEO after facing years of redemptions.

Asset managers globally have been pressured as investors flock toward lower-fee passive strategies. And Neuberger isn’t immune. It’s suffered outflows in its equity business, where investors have been shifting to index funds. “We as investors make the tough trade-off,” Walker says. He closes his eyes while he’s thinking. “As some investors have chosen to go passive, that’s put bigger pressure on that part of the business and less so on other parts.”

Still, Neuberger, which oversees $284 billion, has expanded assets each of the past five years at its alternatives unit and in fixed income, its largest business. That’s largely offset the pressure on equities, says Clay Montgomery, a credit analyst at S&P Global Ratings. Alternatives have been a smart play because strategies such as private equity can lock up investor capital for longer periods of time, at higher fees, he says. “You’ve seen largely that they’re able to raise larger funds than they’ve previously raised,” he says. “They don’t really have to do much to survive. They just have to hang in there and keep on performing.”

Neuberger has more than $50 billion in strategies that include private equity, direct lending, and co-investments alongside buyout firms. Malloy has said since the day he joined that private investments would become more important to his clients. The assets are a good match for pensions and insurers—which mostly hold fixed income—because they’ve been bleeding from years of low ­interest rates globally and have been seeking new places for yield. While liquidity can be a concern, private equity funds make sense for pensions and life insurers, which have long-duration liabilities. Aflac Inc. is one insurer that decided this year to expand its bets on illiquid assets, disclosing Neuberger as one of two private equity partners, as well as KKR & Co.

The firm’s Dyal Capital Partners unit, which take stakes in asset managers such as private equity and hedge fund firms, raised more than $5 billion for a third fund last year. MetLife, the largest U.S. life insurer; Nationwide Mutual Insurance; Voya Financial; and pension funds in New Jersey and Alaska have committed capital to Dyal Capital Partners III, according to public filings. Neuberger is seeking to raise another $5 billion for a fourth fund, a person familiar with the effort told Bloomberg in June.

The New Jersey Division of Investment this year invested an additional $200 million, its third custom fund with Neuberger since 2007, after a relationship that “has been extremely productive over time,” according to a March memorandum by the state’s chief investment officer. The Alaska Retirement Management Board last year committed $50 million to a partnership with the asset manager, saying the firm’s “last two funds have strong returns, which are top quartile when compared” with rivals.

“We have probably spent half of our time or more on private markets, private equity portfolio allocations for our insurance clients, and, to a large extent, pension clients,” Malloy says. “They want to do it in a way that is fairly bespoke. That is a core differentiator for us as a firm.”

These are just some of the efforts that helped push institutional assets up. Malloy has hired talent for portfolio analytics and fixed-income investing in the past year, while Walker has added teams for options trading and hedge fund investments.

“In a fairly short period of time we got good traction, and we’re demonstrating our value,” Malloy says. “And that’s the most important thing.”