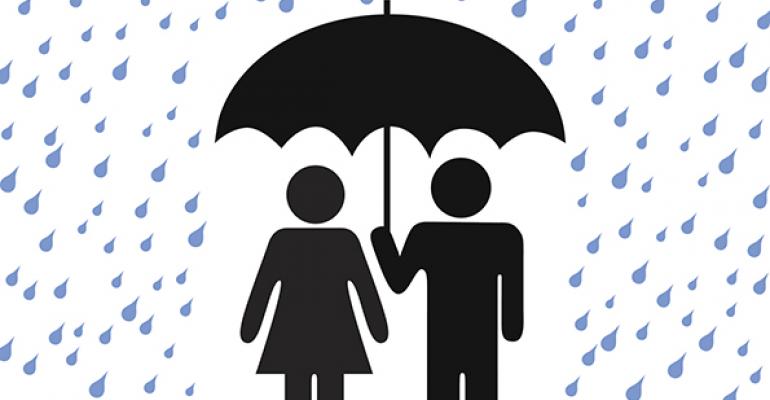 As part of an asset review process, an advisor recently asked us to complete valuations on three life insurance policies owned by his client to identify available options that might create liquidity to meet other insurance needs and financial goals. His client, David, was 74 years old with some significant health issues and had been watching a steady stream of medical bills impact his retirement resources and, ultimately, those of his wife, Susan. While he had been denied long-term care insurance for himself, he was determined to secure options for Susan. She was 71 years old, in excellent health, and enjoyed spending quality time with their four children and 11 grandchildren. Later in life if Susan needed long-term care, David did not want to leave her in a position to feel as though she was a financial drain and burden to their family.

They had already downsized their home when David retired 8 years ago. At the same time, David had shifted most of their retirement funds into safer low-income producing investments. They also owned a lakeside cabin a few hours away where they had spent countless weekends and vacations with their children and grandchildren. Someone in the family was always enjoying the cabin and David and Susan desperately wanted to hang onto it if they could. However, as part of the asset review process, they decided to have their cabin appraised. The real estate market was booming at the time and there was a high demand for waterfront property. If they sold their cabin, it would free up $350K to support their financial plans.  Although a significant and attractive sum, this was not a sacrifice they wanted to make.

Their advisor also suggested appraising David’s life insurance policies to determine their fair market value.  David had two permanent policies that were well funded and built to go the distance and one convertible term insurance policy he had retained ownership of as part of the sale of his business when he retired. The term policy was reaching the end of its conversion period and David was contemplating allowing it to lapse.  The advisor ordered valuations on all three policies. We collected David’s medical records for the last 5 years and analyzed them to determine longevity estimates. He was not required to go to the doctor or have a medical exam for this process. We reviewed and optimized policy illustrations to create value on the secondary market. Similar to appraising real estate, we used current market data to determine if the policies had any value beyond the cash surrender value if they were sold today. Our analysis of fair market value showed that the two permanent polices had no additional value beyond the cash surrender value. However, David’s $3 million term policy appraised for over $850K—more than double the value they would get if they sold their prized lakeside cabin. David and Susan decided to sell David’s convertible term life insurance policy. After we completed a rigorous competitive bidding process, David accepted a lump sum offer of $937K for his $3M convertible term policy.

By thinking a little outside of the box, David and Susan’s advisors were able to help secure their clients’ financial futures, while ensuring that David and Susan’s family will enjoy the lakeside cabin for many years to come.

Jon B. Mendelsohn is co-founder and CEO of the Ashar Group, a nationally licensed Life Settlement Brokerage that supports planners and fiduciaries.