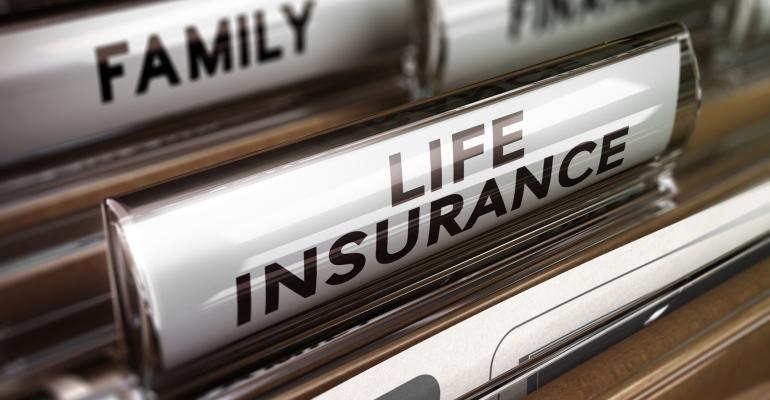 What policy owners are actually buying isn’t always necessarily what they think.

Part 1 of this series focused on the difference between the implied or marketed return on a life insurance policy relative to the actual return, particularly in reference to cash value-oriented transactions. I’ll continue here by explaining why it matters so much.

Besides the fact that these programs are very complicated with a lot of moving parts, the simple answer is misrepresentation. It’s saying what may be technically true in a twisted and tortured way without explaining what’s really true. If I tell my dog we’re getting in the car to go see his friends but fail to tell him his friends are at the vet and he’s really going there to get castrated, how honest am I being?

Most existing premium finance deals I’m brought in to involve traditional, mutual whole life (WL) policies, though WL represents only a sliver of the financed insurance market. This is because current crediting and borrowing rates can’t easily be manipulated (WL dividend rates can’t be illustrated higher than currently declared) and it’s apparent they’re falling apart. Policy owners I’ve spoken with were clearly sold on the spread between the declared dividend rate and borrowing rates.

Furthermore, my clients were sold on the flexibility of the plans and the ability to change things like death benefit and premium if desired. In actuality, traditional WL is arguably the least flexible policy available, at least in the early years. There’s a reason why other products are literally called flexible premium policies, and WL isn’t.

In a traditional, mutual 10 pay WL proposal sent to me this week, the internal rate of return (IRR) on premium to cash value in the first 10 years is as follows:

I’m not quite sure I see the positive arbitrage when the borrowing rate is 3.5%. (One-year London Interbank Offered Rate of about 2% plus 150 basis points.) Yes, I realize these early years aren’t the part of the deal when the arbitrage is supposed to shine and clients can see the required collateral column on the spreadsheet that represents the negative spread between cash value and the loan. But I promise you they don’t always make that connection. Even when there’s a dedicated column on the spreadsheet to highlight the negative difference between the policy cash value and the loan due (sold), many clients make decisions to move forward with proposals based on the promoter’s story about the positive arbitrage between the gross dividend and the low borrowing rate (told).

At the first anniversary of the policy, one client wrote to the agent to verify the positive spread realized. The saddest part? The agent “verified” the multi-100-point positive spread equal to the difference between the policy dividend rate and the borrowing rate when in reality, the cash value was a fraction of the premiums paid/loans taken, and the spread was deeply negative. The client full well expected to see his spread there immediately, however off base that expectation was.

If you think many of these policy owners don’t truly believe their full premium dollars are actually going to work for them at the gross dividend rate, you don’t really understand the typical consumer’s mentality.

If you’re tempted to think “If that guy was stupid enough to not realize that the required collateral represents negative equity then he deserves it,” you’d be surprised by how many “stupid” people there are out there. These people represent exceedingly successful business owners, titans of industry, celebrities, financial professionals and their advisors.

The ledger referenced above doesn’t show the IRR on premium to cash value hitting 3.5% until Year 17 of the policy. Of course, that’s only the breakeven point without enough cash value to pay off the loan and keep the policy going, but let’s assume this was a handful of years ago when the policy dividend rates were higher and the borrowing rates lower. Six percent to 7% dividends, or greater, were being touted along with 2% borrowing. Now that’s a spread! Or is it? Since the dividend isn’t real in the sense the policy owner understood it, that spread is fiction. It was never what it was purported to be. With dividend rates coming down and borrowing rates increasing, the spread is now non-existent in many situations, even over the long run.

This is all a supercharged version of the age-old WL sale for cash value accumulation. Before anyone jumps down my throat, I’m not criticizing WL, even for cash value accumulation. I criticize when it’s misrepresented. Over the years, I’ve heard versions of the same sales story from policy owners. Fundamentally, it’s “With a dividend of 8% in tax free life insurance it’s like you’re making 12% on your money.” (My fingers went cold just typing that.) Whether the dividend was 11% to 13% in the mid-1980s for 5% to 6% today, it’s the same story and always starts with the presumption that the full dividend rate is the number to focus on. It never ever is.

What if I offered you a guaranteed 8% investment but failed to tell you your account balance wouldn’t equal your contributions for a decade and there are a few 100 basis points of expenses baked in so you’ll never actually received even close to 8%?  Sounds ridiculous, doesn’t it? Now you see what’s happening and why these things aren’t panning out as originally proposed, independent of the shifting crediting and borrowing rates in the market.

The disillusioning aspect of this is that many promoters know all of this intimately and choose obfuscation. But even this doesn’t make premium financing bad. It simply reinforces the importance of understanding how it really works and bringing in objective experts.

Part 3 will wrap up by focusing more closely on the Told vs. Sold aspect of premium financing.

Bill Boersma is a CLU, AEP and LIC. More information can be found at www.oc-lic.com, www.BillBoersmaOnLifeInsurance.info and www.XpertLifeInsAdvice.com or email at [email protected]