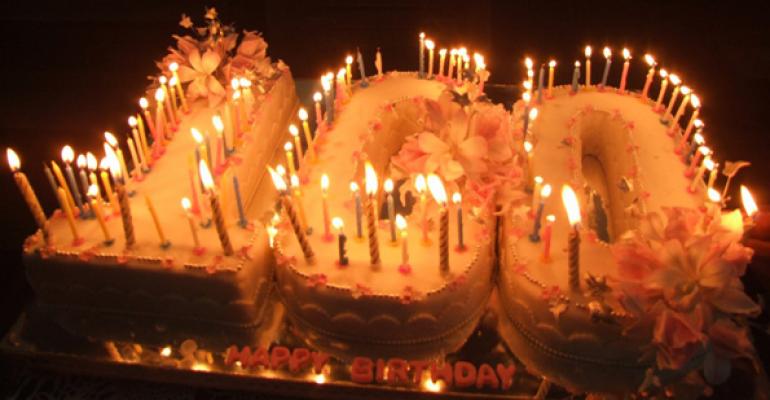 As lifespans increase, what was once an afterthought begins to come to the fore.

When it rains it pours. I have multiple cases on my desk now regarding age 100 and/or “endowment” issues. Also, recently a Wall Street Journal article addressed these topics

For a recent insurance portfolio I helped to construct, the decision was made to go with a blended portfolio of guaranteed universal life insurance (GUL) and an indexed policy (IUL). The GUL was guaranteed for life and the IUL was guaranteed past life expectancy but not for life. However, it was critically important to the trustee to extend the guarantees, as the insured’s father lived into his 90s and his mother is still living in her late 90s. Even a guarantee to age 105, with projections at reasonable rates lasting forever, wasn’t enough, so we went further. I get it, especially when you’re the trustee.

The CFO of a family-owned company recently engaged my services because the whole life (WL) policies owned by the children on the life of the family matriarch endowed at age 100. Mom is turning 100 later this year. What does this mean? If the policy doesn’t have an extended maturity option the policy will mature and pay out at age 100. In a WL policy, the cash value and the death benefit equal each other at age 100, so what’s the big issue? Taxes. At death, the entire amount is tax free, but a policy that pays out during life at policy maturity is taxable above basis. Most of the cash value is over basis.

If I make up a scenario and assume the cash value is $1 million and the basis is $400,000, then $600,000 is taxable with a tax likely in excess of $200,000. We still have at least three-quarters of the money available. This is clearly a disappointment, but at least all isn’t lost.

However, in the above-referenced situation, the $1 million policy was sold on a short pay for 10 years, and for the past 20 years, the contract has been auto-loaning itself the premium (unbeknownst to the policy owner, which is par for the course). So? The loan is now $1.4 million. Gross cash value is $1.792 million. Basis is $800,000. This leaves about $1 million taxable at ordinary rates. Taxes in this situation will be roughly $400,000 to be paid from the net cash value of $392,000, leaving the family with nothing. Yes, the entire forgiven loan is considered taxable income. If she passed away, the loan is paid off by the death benefit leaving them about a $600,000 death benefit. In and of itself, that would be disappointing, as they purchased a $1 million death benefit that they conservatively expected to grow over time. Actually, it did grow but the loan grew even faster, which ate into the expected death benefit.

Earlier this week, an attorney emailed me a statement on another WL policy in a similar situation.  When the policy lapses, the taxes will far exceed the net cash value, and the policy owner will have to come out of pocket to pay off the Internal Revenue Service for the taxes on the phantom gain.

A case from a CPA involved a universal life contract (UL). UL polices don’t technically endow in the sense that WL policies do, but they can have their own issues. There are multiple generations of UL contracts, and you can be pretty much assured your clients don’t know which one they have. Some UL policies pay out the cash value at policy maturity, and sometimes that’s before age 100. If your client has a $5 million policy and he’s lucky enough to reach age 100, and the cash value is $500,000, he gets a check for $500,000 with anything over basis taxed at ordinary rates.

Newer policies take the cash value at maturity and extend it as the new death benefit. If your client’s $5 million policy has $500,000 of cash value at age 100, then the policy will move forward with a $500,000 death benefit. However, due to a 35-year declining interest rate market, most of these policies are woefully underperforming, and many won’t hit age 100 without additional funding. The problem is, funding an underfunded policy to have cash value equal the death benefit at maturity is generally an untenable exercise. And if you do dramatically increase the funding, and the insured passes away at 95, the death benefit is no higher, and all of the dollars are wasted. These are tough decisions.

With some policies, at least if your client were to make it to 100, then the policy would stay in force until death, regardless of age. Many of them also didn’t have premiums and expenses after age 100, so once your client hit 100, he or she was home free. Nowadays, policy maturity is more likely age 120 or beyond, but your client has to choose how long to fund it. Does he or she automatically fund for life instead of age 110? If the premium is negligibly different, then of course they do. Some policies have a meaningful spread in premium for guarantees for life, to age 110, 105, 100, etc. What's your client’s comfort level?

These are "damned if you do, damned if you don't" scenarios at times. I was working with the family of a 90-year-old woman with a $10 million policy with a few million of cash value. The existing cash value projected to hold the policy for five years, at which time the contract would lapse. This means the cash value is dropping by hundreds of thousands of dollars a year. To hold the policy to age 100 would take a low seven figures of premium, but if she hit 100, it would still all be lost. Holding the full death benefit beyond 100 would take millions more. Does she cut and run today, taking the remaining cash value and saving millions in premiums when she could pass away by Christmas and lose the $10 million in tax-free death benefit? Paying the entire required premium for the full death benefit to persist beyond age 100 would leave her a relatively small spread between payments and payoff. Objective analysis can help with these decisions.

Regarding extended-maturity options, some contracts have them, but they aren’t automatically included, and the policy owner has to overtly request them. Sometimes this is purportedly a letter that will be sent to the policy owner 30 to 90 days prior to maturity. This is insane! Every bill in my life is on autopay because, though I’m generally a responsible guy, my life is complicated enough that there can be no expectation that I’ll remember everything every month. Now, imagine throwing in a literal once-in-a-lifetime decision that you weren’t expecting, don’t understand and probably won’t address in time.

I recently had such a case with an individual in her 80s. I told her son to write the letter requesting the extension now, file a copy of it, and send the same letter every five years, so if the policy owner doesn’t notice and act during the short window, there will be a paper trail of intent and directive. I can’t guarantee what will happen, but it certainly can’t hurt.