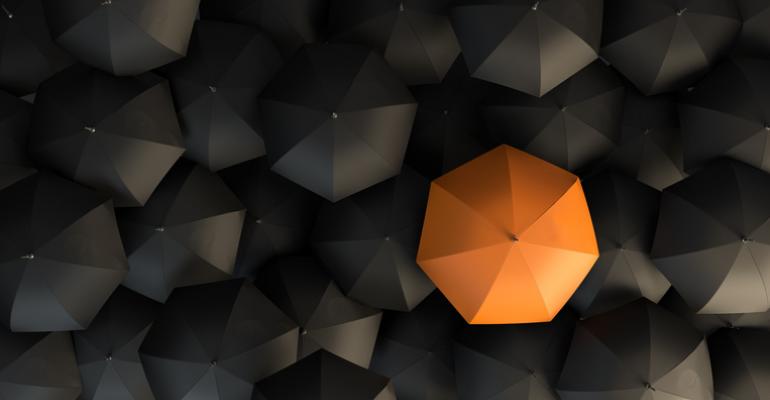 How a Life Insurance Policy Loan Can Surprise You

A (not so) ridiculous analogy to bring reality into focus.

Let’s assume your client’s financial goal is to accumulate $5 million for retirement. The stock market has been on fire and it’s suggested to do your client’s planning based on a 10% rate of return. Your client is 25 years old and has a 40-year time horizon. The numbers show they need to put away $10,270 a year to hit their target.

However, 10% turned out to be too aggressive and your client actually earned 7% but never really paid attention after the original plan was put in action. At that lower rate of return the client won't hit their $5 million target and will only accumulate roughly $2.2 million. This will be devastating to their standard of living in retirement. In reality they need to be socking $23,407 a year away to hit their goal at the lower return rate. A feature of their planning that they never really understood, or maybe were never even told about, is that their financial planner has arranged for a third-party to automatically loan them the spread, over $13,000 a year, to make up the difference so they hit their target. After the plan is in place they never sign anything, don’t have to approve it, there’s no renewal process or required disclaimer; it just happens. The loan accrues indefinitely at an 8% interest rate.

Of course, this all sounds ridiculous and we know it doesn't and couldn’t work this way. However, I’m crafting this particular and absurd scenario to be analogous to how many whole life insurance policies really do work, not theoretically, but in real life. Countless policy owners took out whole life insurance in the high interest and dividend crediting era of the 80s and 90s. Most of them had absolutely no idea how the policies worked. Many of them didn’t realize that these policies would fall short if crediting rates were reduced and, furthermore, they had no idea that there was an internal policy feature that was chosen on their behalf and often without their knowledge that automatically borrowed the require premium from the life insurance company without them even being aware of it. Often the loan interest rate was 8%, believe it or not, effective even today.

Getting back to our retirement example, the loan over 40 years accrues to $3,675,483 at age 65.  Because of the internal automatic loan program your client does have the $5 million in retirement savings earning the 7% that’s providing for their retirement, so where’s the rub?

What you probably see coming is that the $5 million retirement plan growing at 2% is going to be caught by the currently smaller loan that is growing at 8%, just as the insurance cash value is larger than the insurance policy loan. However, it takes less than six years for the loan to catch up with the plan balance. At that point, the loan can’t continue to accrue to a level greater than the plan balance because the plan balance is what’s collateralizing the loan, just like the cash value is collateralizing the loan from the insurance company. The hypothetical plan administrator will require the annual interest on the loan to be paid out of pocket or the entire transaction will go into default. That's $448,000 a year. Of course this is ridiculous as that’s close to double the retirement income.

We all agree that this is insane all the way around but stick with me. No one’s going to do this so your client would walk away from the transaction. What would then happen is that the investments in your client’s retirement fund would be liquidated to pay back the loan. What happens then is that taxes are paid on the gain in excess of the $936,000 basis. But there's nothing left to pay that tax because the plan principle was just used to pay off the loan, right? So there’s over $4 million of phantom gain on which taxes must be paid out of other assets your client may have and all of the retirement funds are gone and there’s no more income available to live on moving forward.

The insanity of this is almost comical and could be easily dismissed if it weren’t for the fact that this is how it works with life insurance and an unmanaged loan. Whole life policies, back in the day when dividend rates were in the double digits, projected an unrealistically modest out of pocket premium requirement that increased significantly when dividend rates were reduced, the same as our retirement example above. The additional premiums needed by the policy for it to persist were (unknowingly by most) borrowed from the life insurance company at a stated interest rate, often 8%. The loan balance quietly grew to a very significant amount but since it was less than the cash value that collateralized it, everything moved forward seemingly without issue. However, at a certain point the loan grew to equal the cash value collateralizing it so the insurance company required the policy owner to start paying more out-of-pocket in order for everything to stay in good standing.

What we know to be absolutely true in the real world is that most policy owners don’t closely review annual policy statements. Even if they did they wouldn’t and couldn’t project what was coming down the pipe.  Without an agent or another advisor specifically educating them on the details of the contract and running projections to illuminate the road ahead, they’d be running at full speed into a very dark tunnel.

I've seen this happen many times in the real world. Often the economic dynamics of this prove untenable and the policy owner decides to bail. When that happens, the cash value and loan significantly exceed the basis in the contract so when the policy is lapsed, gain is taxed at ordinary income tax rates. This is phantom gain but it's taxed just like real money received.

As utterly ridiculous as this sounds, it's how it really works but I seldom speak with anyone who understands it, including the professional advisor community. The death benefit is gone, the cash value is gone, other assets have to be liquidated or sold to pay the tax and there’s no policy or value left moving forward. I have been face-to-face with a life insurance policy owner literally bankrupted by this exact set of circumstances. This was a person who unknowingly ended up with a policy loan that caused a policy lapse that generated a tax due to the Internal Revenue Service that exceeded their entire net worth including the equity in their home. That there’s a system that even theoretically allows this to be a possibility is beyond me. This is so surreal that I realize there are people who are told about it and refuse to believe it.

Don't let somebody say this can't happen because it’s real life in the insurance world. Do you understand this? Do your clients understand this? Are you willing to risk that somebody else is paying attention? The consequences are too devastating to ignore.